It is difficult to describe Christmas as anything but “magical”; the twinkly lights, the crisp air, the general feeling of hygge… Every year Monaco delights with its penchant for fully embracing the Christmas spirit with opulent displays, such as the  roundabout by the Casino de Monte Carlo, but none seem to have embraced Christmas as much as the Monte Carlo Bay Hotel & Resort.

Enter the magical world of the Nutcracker this winter. Become immersed in a Winter Wonderland of snow-covered trees, and enjoy the festivities of classic Christmas games such as curling, chess, giant dice game or a luck roulette.

As one of the latest luxury offerings from Monte-Carlo Société des Bains de Mer – opening its doors in 2005 – the Monte Carlo Bay Hotel & Resort is now one of the most visited venues in the Principality. It is little wonder then that they host such exuberant festivities for the Christmas period, allowing for an incredible experience for the whole family.

Lavishly decorated, the hotel has positioned itself as a winter playground, its famed L’Orange Verte Restaurant being turned into an Alpine Paradise; from the sea outside to the slopes inside, the restaurant has been transformed into a gourmet Chalet, with snow-capped trees and an atmosphere of pure excitement.

Available to book for a sumptuous Christmas Dinner on the 24th December, or for a meal to bring in the New Year on the 31st December, it is quickly becoming the hottest ticket in town. This Larvotto-based haven is also taking bookings within its beautiful Blue Bay Restaurant for both a Christmas dinner and brunch, as well as a New Year’s Eve dinner and brunch. Should there be desire for even more excitement, the famous Blue Gin Bar – no stranger to a good evening- will be hosting a New Year’s Eve countdown, culminating in a spectacular firework display from the terrace, across the sea, bringing in the new year in style! 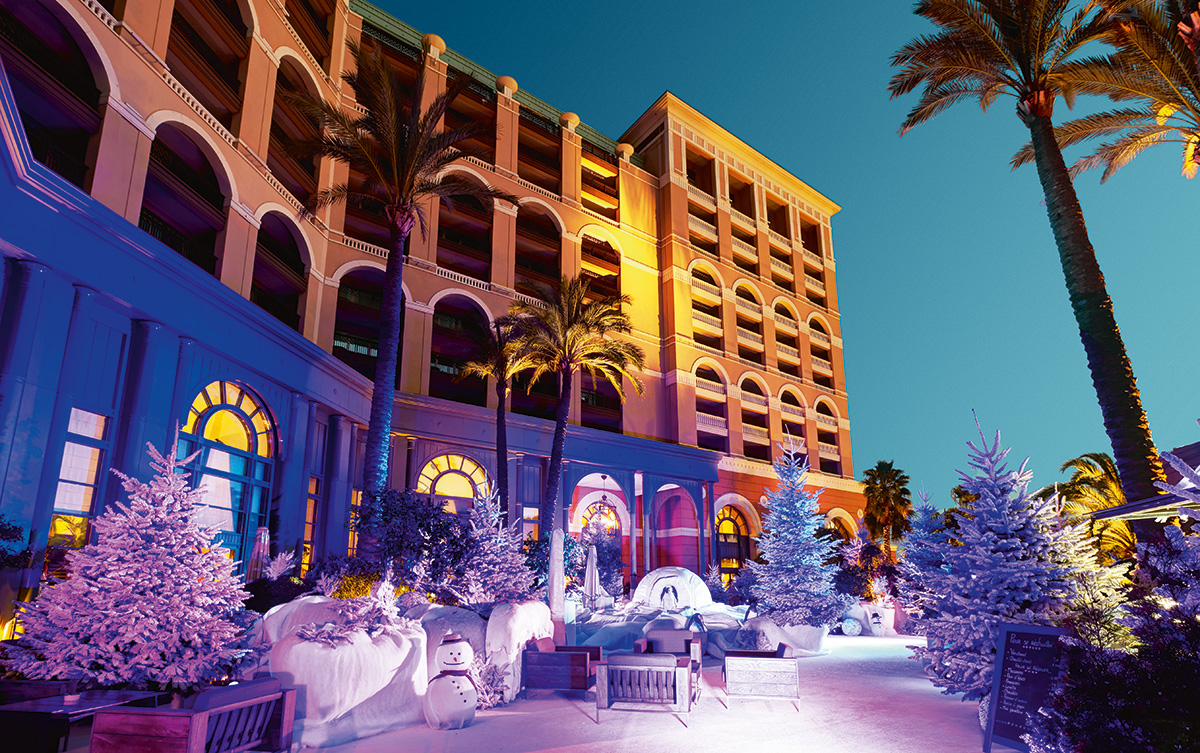