MIRIAM ACOCELLA – DEVIL IN THE FLESH

MIRIAM ACOCELLA – DEVIL IN THE FLESH

Seduction begins with the petticoat, worn as daywear. Miriam Acocella, the Campana-based designer, tells us how this symbol of sensuality became a project with Pinkmemories.

Denim and lace, diametrically opposite fabrics representing two opposite souls harmoniously alternating to define a rebel femininity through the rediscovered sensuality of the petticoat. Over the years this particular item of feminine lingerie has become an object of cult to the point of being the centrepiece of classic images burned into our ancestral memories, from the simple black petticoat worn by Anna Magnani in Luchino Visconti’s film “Bellissima” to Gina Lollobrigida’s black and lace number in Luigi Zampa’s “La Romana”.  Or the lace-trimmed white petticoat Liz Taylor seduced the public of the time with in Richard Brooks’ film “Cat on a hot tin roof”, based on the eponymous stage play by Tennessee Williams, and on to the celebrated ‘sixties with the Claudia Cardinale’s bourgeois femininity in Francesco Maselli’s film “Time of indifference”, based on the eponymous novel by Alberto Moravia, up to the clingy number worn by Monica Bellucci in “Malena” directed by Giuseppe Tornatore, aAdrian Lyne’s 9 ½ Weeks.

For all these reasons, we from LOKE decided to take up this veiled sensuality, reinterpreting it as a new item of wardrobe to be worn on a far wider range of occasions.

Along with PinkMemories, who’ve made this garment its collection’s must-have, we’ve conceived a petticoat in two fabrics: denim and lace, in an ambitious project to offer every woman the highest expression of a multiform item to wear throughout the day, to the night where its seductive power conquers all, when the superfluous slip away leaving just a few drops of perfume.

We met up with Miriam Acocella, winner of this second tutorial, at her studio in Calitri immersed in nature and folklore, like the story of a little elf Scazzamauriegghij with his red beret and power of invisibility. She’s a strong woman, but very human at the same time. She loves the women she designs for, and animals too, never using fur in any of her collections. Acocella is the demonstration of a woman who never gives up, even when times get tough.

This is your first time in a marketing contest. What do you think about this kind of thing?

M.A.: After this brief experience, I’d define it as a direct bridge from dream and reality. We students, and especially the designers and artists among us, often feel disoriented, distant and insignificant in the world of work. Now I can confidently say that with passion and the desire to make something happen, that world seems more accessible somehow. The main thing is knowing how to seize your chances and use them to the best!

M.A.: Fashion to me is a feeling. It’s a feeling deep inside I’ve had since the day I was born: when I was two I was already deciding what I wanted to wear and by age 8 I’d designed my first formal tailleur.

It was a jacket with a red balloon skirt, I’ll never forget it!

This feeling began to take form when I went to the Naples Fashion Academy. From then on I’ve always been sure of my choice of vocation. 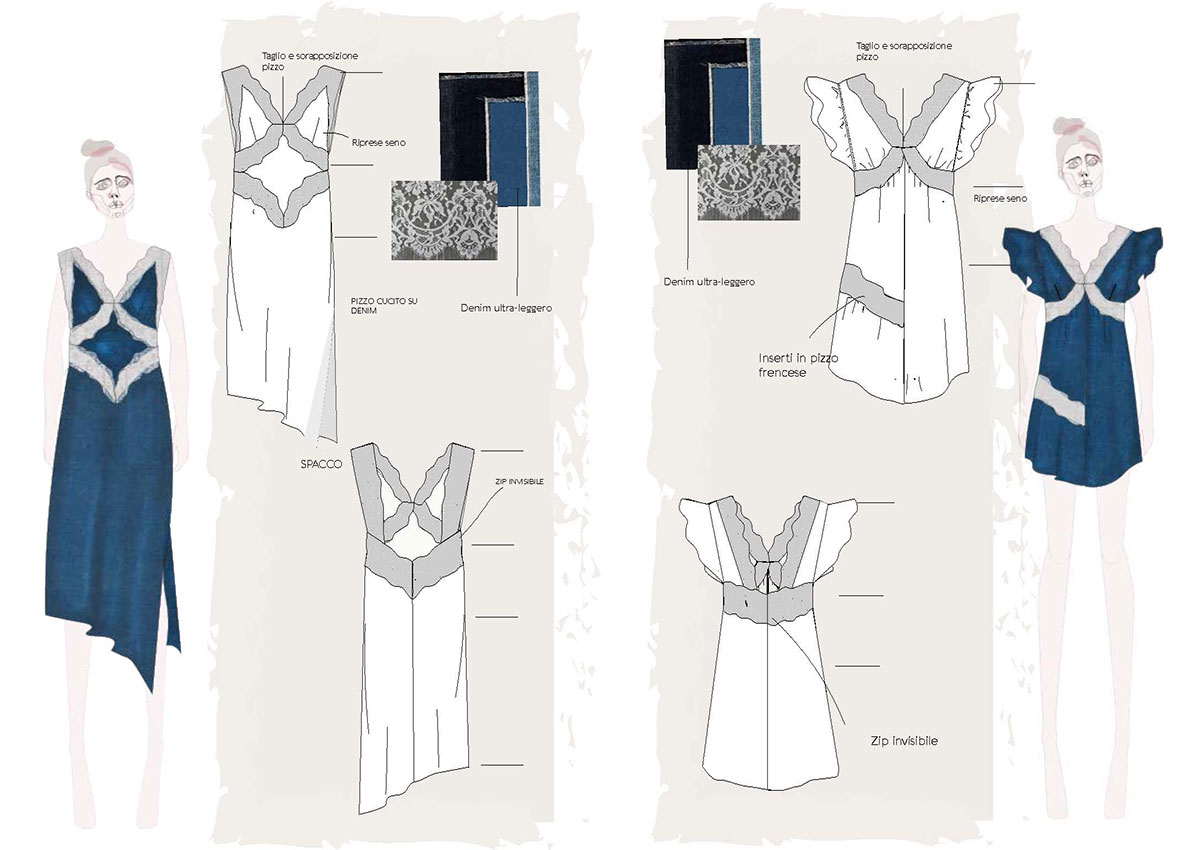 What kind of woman wears Miriam Acocella? Even though we’re living in a time where femininity is a bit “singled out” sometimes?

M.A.: The woman who chooses to wear my clothes is one looking for the right content to express herself and the way she feels to the full.

She has no fear of provoking the mediocre mentalities and prejudices society is full of. A woman who affirms herself with intelligence and personality.

What’s been the hardest thing you’ve had to face up to now, as a female designer?

M.A.: The hardest thing I’ve had to face up to so far has been myself.

It’s been a constant struggle to supress that feeling of not being up to the job, always a step behind the rest.

The fear of not being capable of giving 100% of myself, the fear of being misunderstood and worrying about not managing to arouse emotions, whether good or bad.

This is probably what happens when you’ve got high expectations, of yourself.

Is nature important to you?

M.A.: I was born with nature. It’s where I keep my light-heartedness, childhood and adolescence, it’s my refuge from reality. I lived 19 years in a village inhabited by nature until I moved to Naples to study.It’s fundamental for me to know that when I come home I can always find my refuge and detach myself from everything.

I love nature for its vastness, and its simplicity gives me such unique feelings. More than anything I love flowers, their scents and colours. During the lockdown they were a real inspiration for my creations!

Where did the inspiration for the PinkMemories petticoat come from?

M.A.: I knew the theme was “mine” right from the start. I love mixing opposites, and after carefully analysing the brand I imagined the iconic Courtney Love, irreverent and aggressive, in the guise of a more elegant, sophisticated woman, closer to the PinkMemories brand.

What kind of women do you admire?

M.A.: I don’t like perfect women. I love the rebels, strong but not afraid to show their weaknesses. I love women who have something to say about themselves and the world. Women who are beautiful and rich inside, with no fear of declaring their ideals and fighting for their dreams.

M.A.: My dream is to never stop creating and discovering things, places and people. I want to experience every aspect of the fashion world and feel good about what I’m doing with my life. Then let destiny lead me to my place.

Is there anything you’d say is Miriam Acocella by definition?

You can see that you’re a strong, dynamic woman straight away. Are you a romantic too?

M.A.: I’m a mix of emotions and contradictions. How could I not be romantic? Being romantic means being transported by feelings and fantasies, and that’s fundamental in my profession. If you haven’t got the right dose of romanticism, how can you possibly be creative?

What is Loke for you?

We need someone who really believes in us and doesn’t just give us false hope. I’ll never stop thanking you for the help you’ve given!

BACK TO LOKE PROJECT 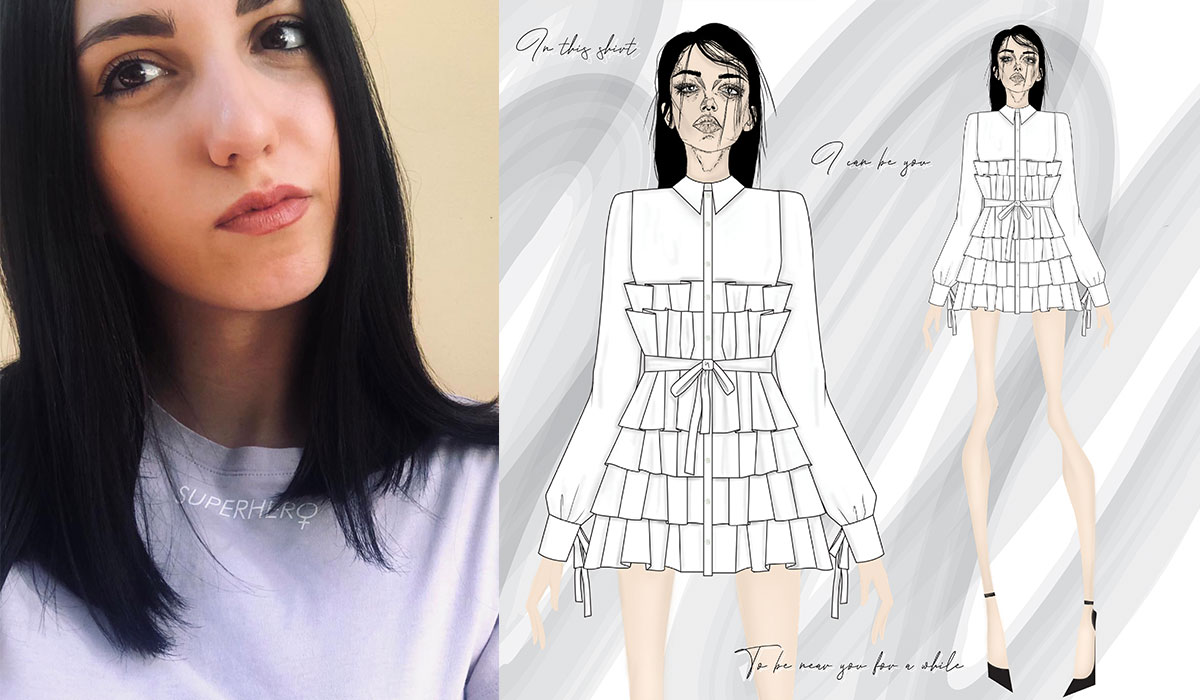 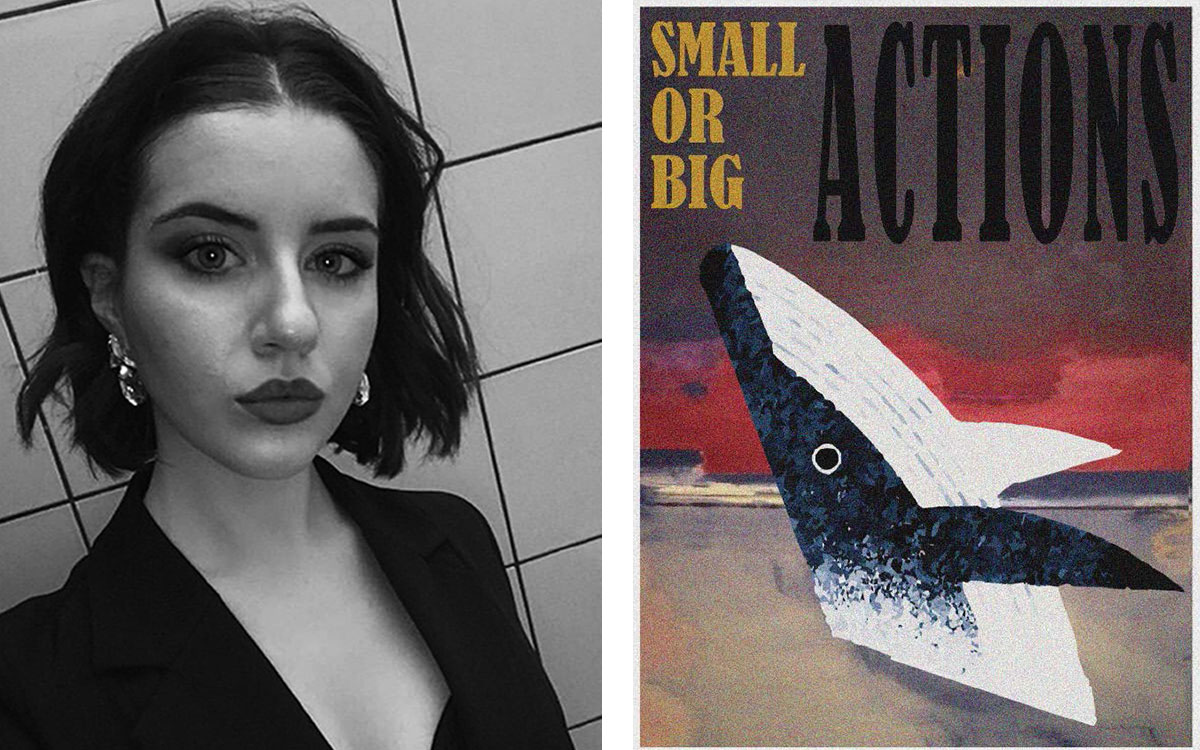 DAVIDE MARCIANO – ELEGANCE IS IN KINDNESS OF SOUL.