One of the advantages of living on the French Riviera is that you can enjoy a different event every day. So when you receive an invite from Richard Mille to follow a unique regatta in Nice you simply can’t refuse! Especially as it was in a helicopter flying over the starting line…

So of course I said yes! And it was an amazing experience.

My day at “Ultimed Nice” began with a view of the three giant catamarans, with some helpful information about them from one of the organisers, Dimitri Deruelle, who kindly shared his anecdotes, some technical details, and all his enthusiasm with us.

There should have been four crews on the starting line, but on its way to Nice the Banque Populaire boat capsized in the north-west of the Canaries, and so at the start there were:

The renown of these three world-famous skippers was enough to bring attention to this first edition of Ultimed, a relatively small event for the moment , but one that is sure to grow with a clear vision towards the future. 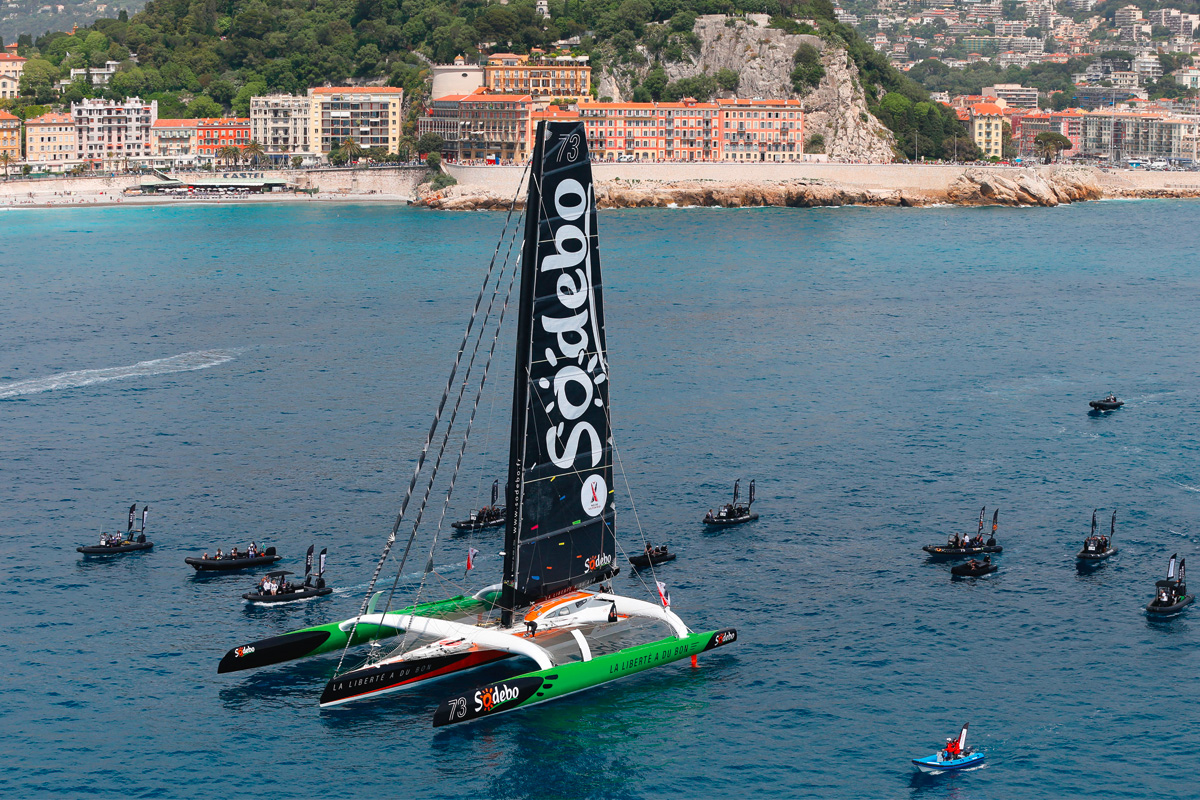 In short, Nice Ultimed  is  an offshore sprint starting and finishing in Nice via Corsica, Sardinia the Balearic Islands and the coastline of the Provence-Alpes-Côte d’Azur region, and it is for the biggest racing boats in the world: maxi trimarans measuring over 30 metres. It was a real clash of the titans for this race with an unprecedented format, set on the beautiful Mediterranean Sea.

We flew over the starting line for about half an hour, occasionally swooping down for a closer look (sometimes a little bit too close!) at the sailing boats and their crews, before heading back to the lounge area. There we enjoyed oysters and champagne, but I couldn’t stop thinking about those brave sailors who at that very same time were competing on the waves. And I must admit I was actually jealous of them.The regatta continued over the following days. Here is a short summary:

After Actual-Grand Large Emotion pulled out close to Saint-Tropez, the race was between Sodebo and Idec, two boats boasting similar performances.The two trimarans rounded the first passage mark off Marseille before setting course at full speed (over 30 knots) for Southern Sardinia. At Capo Spartivento, Thomas Coville and his men were enjoying a lead of one hour and forty-five minutes over Francis Joyon’s crew. However, as they starting sailing up the Eastern coast of Sardinia, IDEC SPORT made a sterling comeback, putting them back in the race once again. 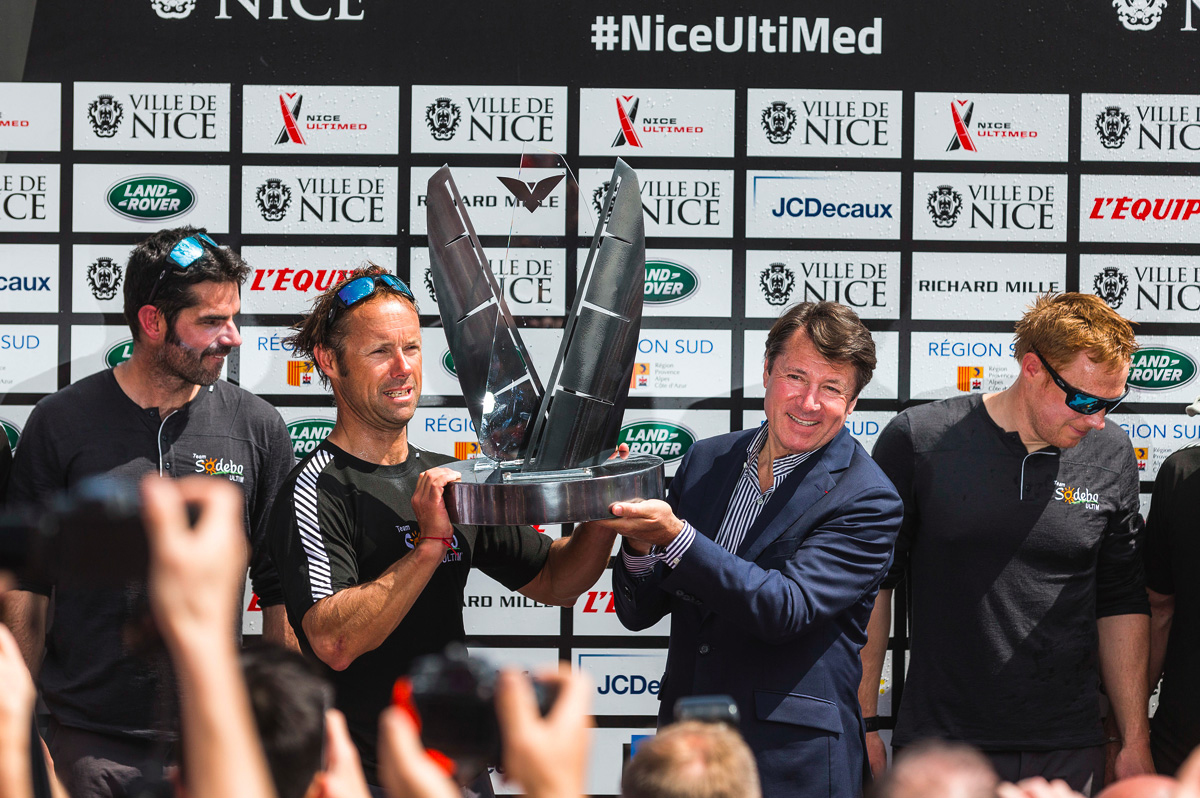 Their fight along the coast of Sardinia, and then Corsica, proved to be epic and it was with a lead of just a handful of miles that IDEC SPORT was the first to round the passage mark at Cap Corse. The crossing from Corsica back to mainland France however turned to Sodebo Ultim’s favour, enabling them to move back up into pole position at the course mark off Nice with a lead of just a matter of minutes.

Race Management relaunched the two giant trimarans on a second looped circuit of 120 miles offshore of Nice and Sodebo Ultim’ held her own despite the pressure from IDEC SPORT. The Sodebo Ultim’ crew were the winners after 3 days, 57 minutes and 28 seconds of racing.