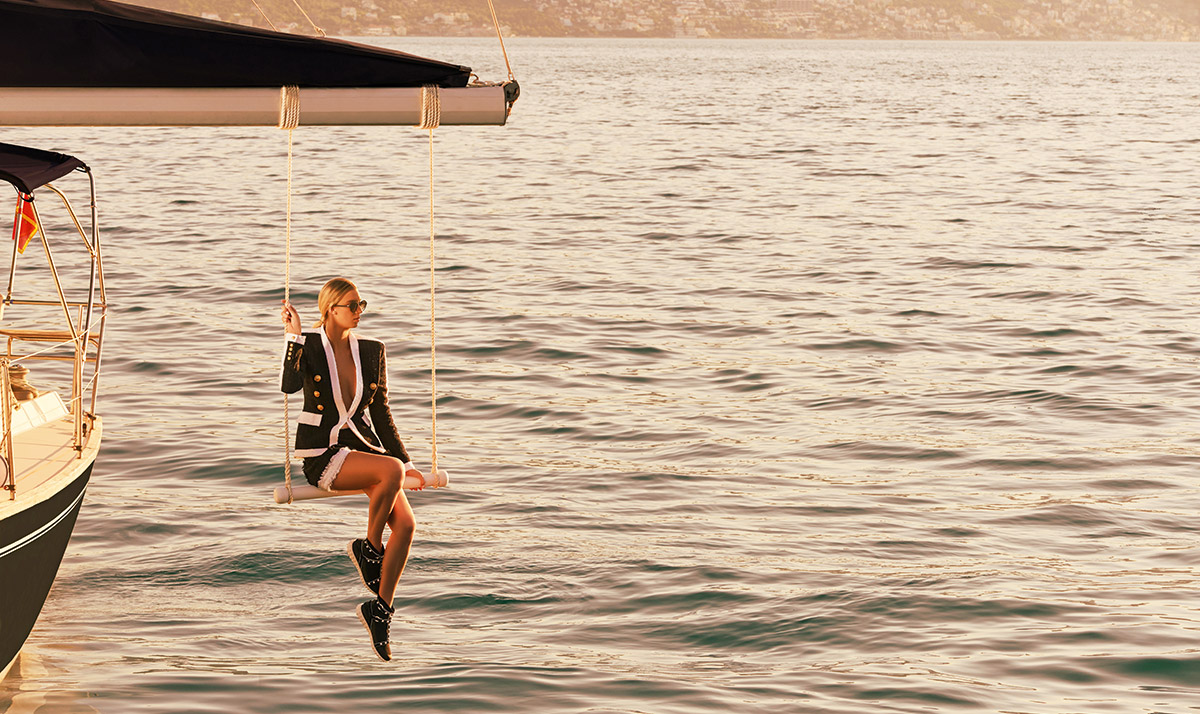 2018 was a stellar year for Porto Montenegro; aside from the fabulous advances in the development of the overall area – something we here at Force One have been following closely – their summer events programme set the bar for entertainment, culminating in a superstar performance from Clean Bandit. Not a bad start.

It would seem, however, that 2019 is set to surpass this. Porto Montenegro really is the gift that keeps on giving.

As a reader of Force One you will be no stranger to the hedonism of a coastal lifestyle, that mix of sun and sea making everything just that little bit more luxurious. Summers spent on the Riviera tend to follow a similar pattern year on year, tradition pervading throughout. The benefit of spending a summer in a newly created Riviera, however, is that there hasn’t been time to set a tradition, just innovation and boundless energy, with no sign of this slowing down.

It must be said, Montenegro is very much a year-round cultural hub. Winter loses none of the momentum summer provides, and with a summer like the one planned for this year, the rest of 2019 looks very exciting indeed. Get your diary out now.

The season officially starts in April with the RC44 Porto Montenegro Cup Sailing Regatta. Set against the stunning mountain-lined backdrop of the Bay of Kotor, world-class sailors will take to the water with acrobatic ease to showcase their exhilarating skills at the helm. Inspired by their sporting prowess but enjoy a more laid back approach? The 21st May marks not only the Montenegrin Day of Independence, but as part of the celebrations, they are hosting a Croquet Tournament in the new arena! What’s more, spectators can enjoy this quaint pastime with champagne in hand and maybe a mallet in the other. The day will also see various events across the town as well as numerous special deals in shops, restaurants and bars. If there’s as day to visit, let it be that one.

If you’re after a more cerebral approach to summer, the 22nd – 24th May sees Porto host yet again the magnificent Hackathon; if you have an interest in technology, this competition and conference caters for you. There will be over 550 attendees from over 30 countries, all coming together to network, learn, and compete.

For something a little more fast-paced and luxurious, the Gumball 3000 Rally will be making a pitstop on 10th June, seeing celebrity drivers in a showcase of supercars race from Mykonos to Ibiza. Watch as a series of Pagani’s, Bugatti’s, Ferrari’s, Lamborghini’s (among numerous others!) parade along the Port in a spectacle that will be hard to forget.

There’s no rest for the wicked, as the saying goes. Four days after the booming engines of the Gumball 3000 supercars leave the Port, a different kind of sound will be reflecting off the mountainside; the Made in New York Jazz Festival will see Porto Montenegro host some of the most celebrated names from the American jazz scene with an incredible concert on 14th June, playing a range of classic and contemporary pieces to dance away the balmy summer’s evening. Not forgetting the fashionistas among you, Synchro will again make a triumphant return. This International Fashion Festival on 19th – 20th July will host some of the world’s best renowned designers, showcasing their latest collections against the stunning backdrop of the Port.

One of the most exciting events of the summer, making its debut in Montenegro, is Polo in the Port. Putting their new arena to good use, the 2nd – 4th August will see the Port filled with the sound of racing hooves and swinging mallets, as teams from across the world battle it out across two games per day. There is sure to be a festival-like atmosphere to make this pop-up event even more exciting.

Phew. And this is just the events calendar.

For those unfamiliar with Porto Montenegro, they like to make sure there is something for everyone to do, at all times. The warm summer nights can be spent at the open-air cinema on the beach, or sipping a cocktail or three at the PMYC Beach Bar; The waterfront Marina Park and Naval Heritage Collection (complete with WWII Submarine) makes for a great afternoon’s exploration; The town itself is bursting with beautiful shops and incredible bars and restaurants. Or, indulge in something as simple as having a swim in the sea. Porto Montenegro really is a playground.

About the author: Alice Gardner 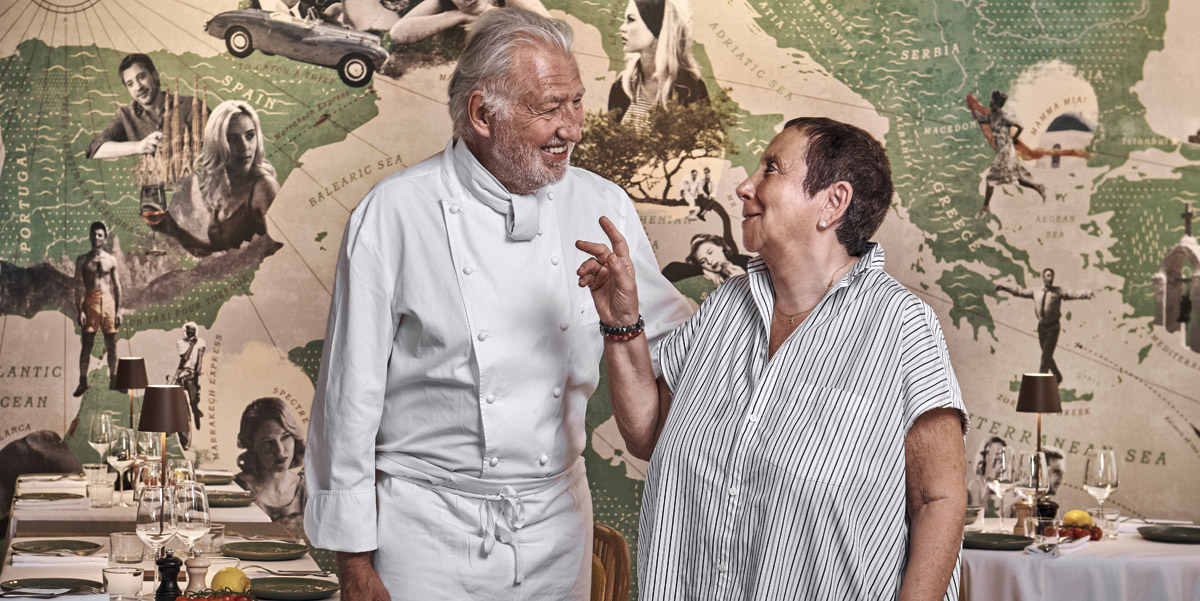 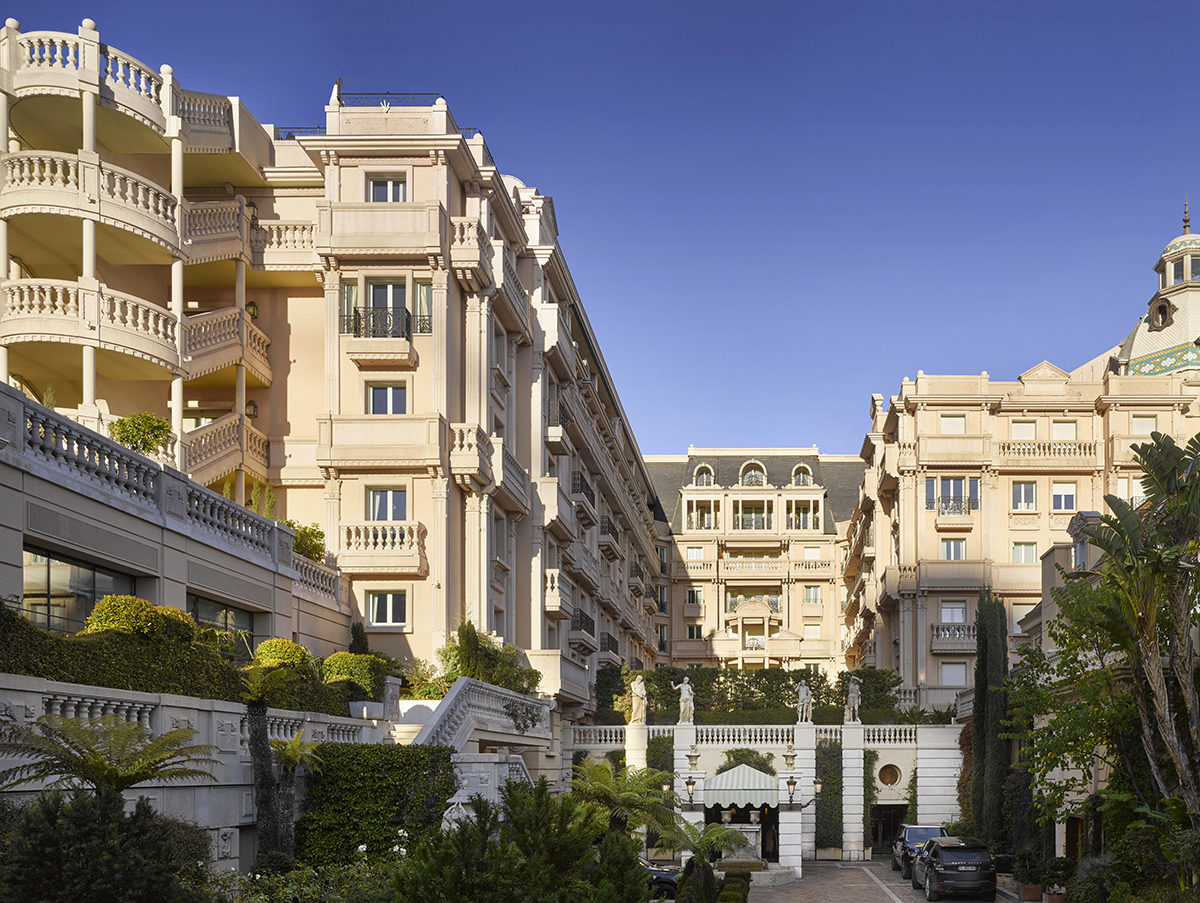 RECONNECT AT THE HOTEL METROPOLE 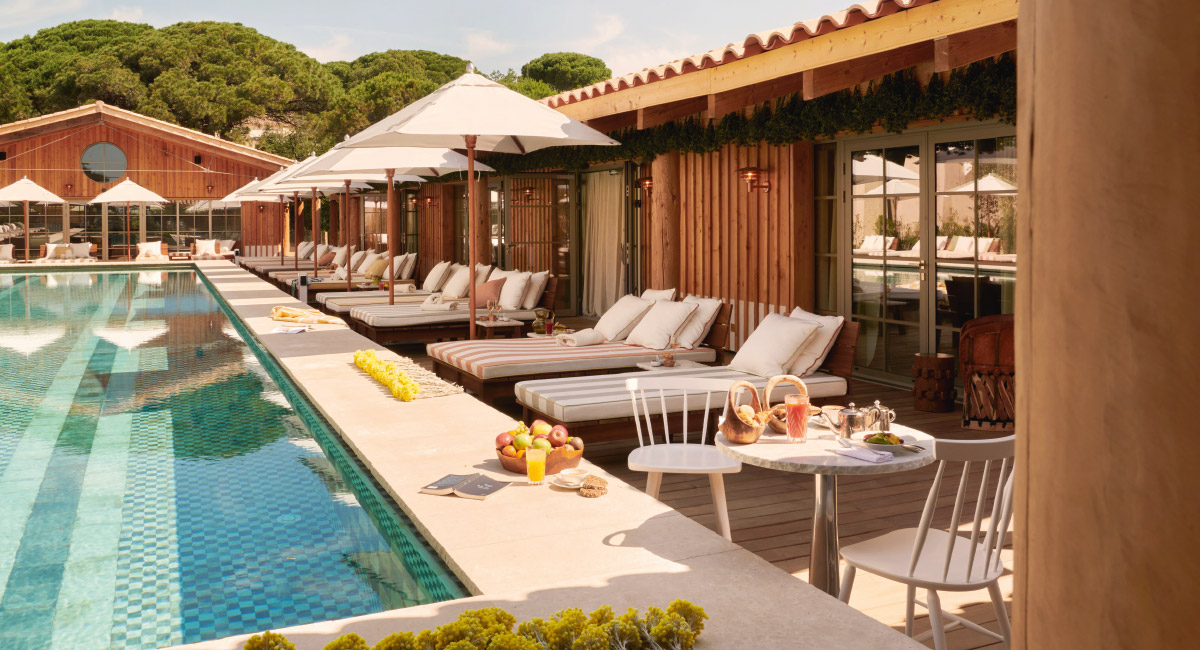 LILY OF THE VALLEY – SIMPLICITY IS LUXURY 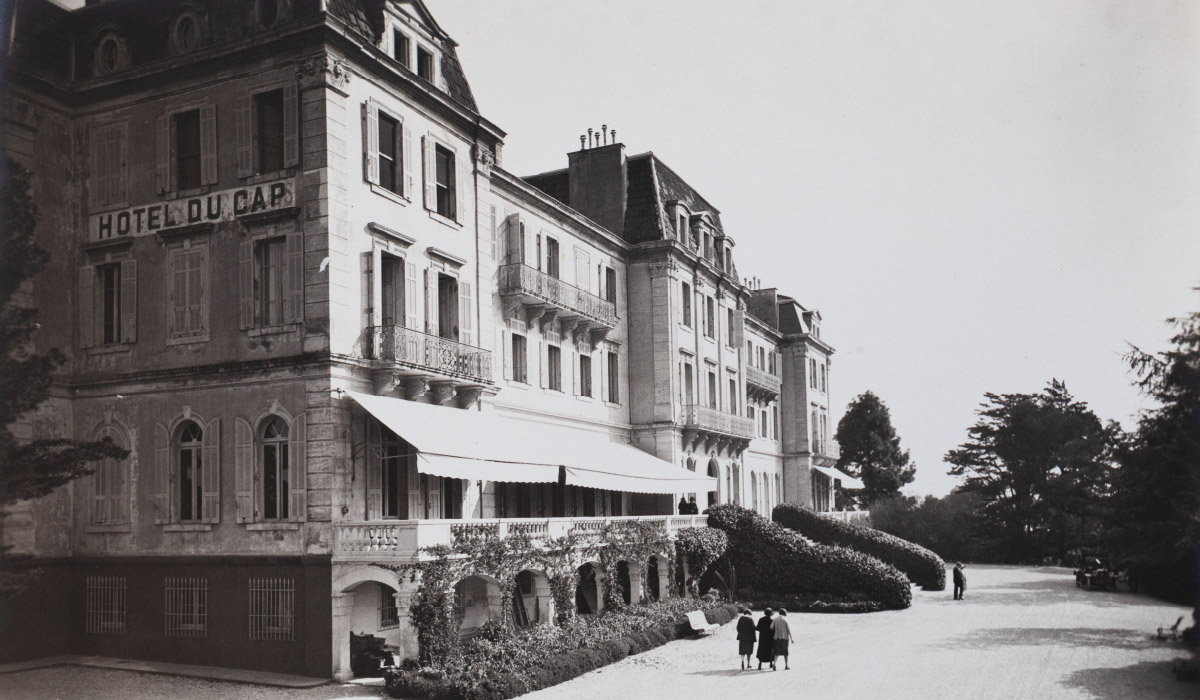 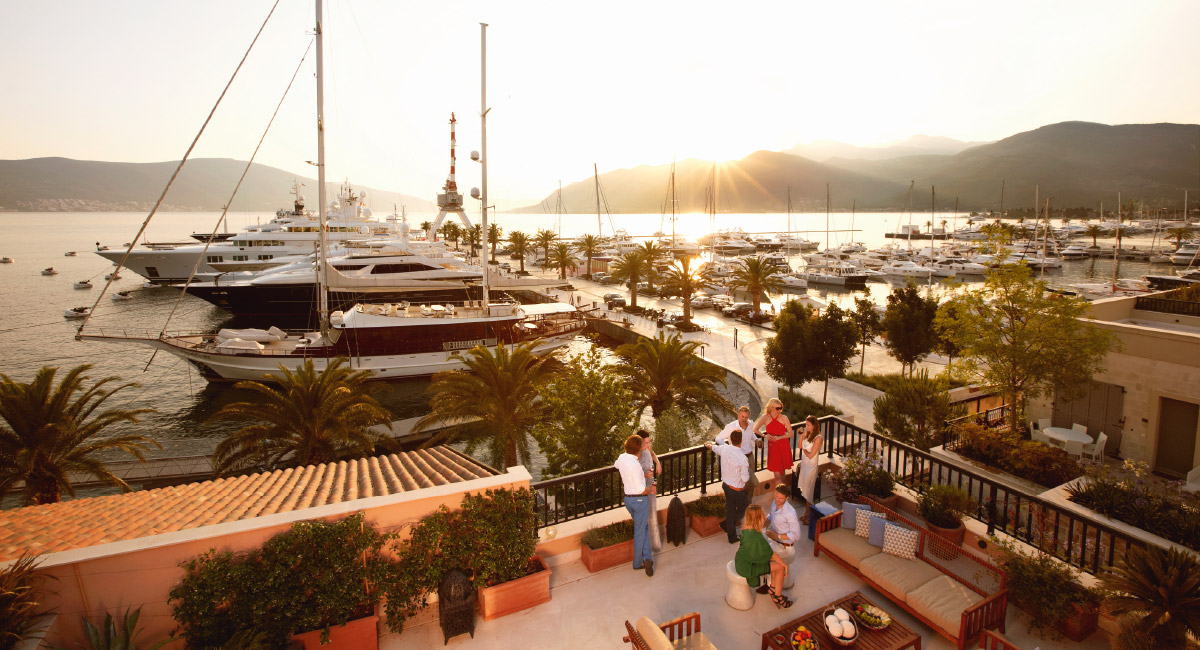 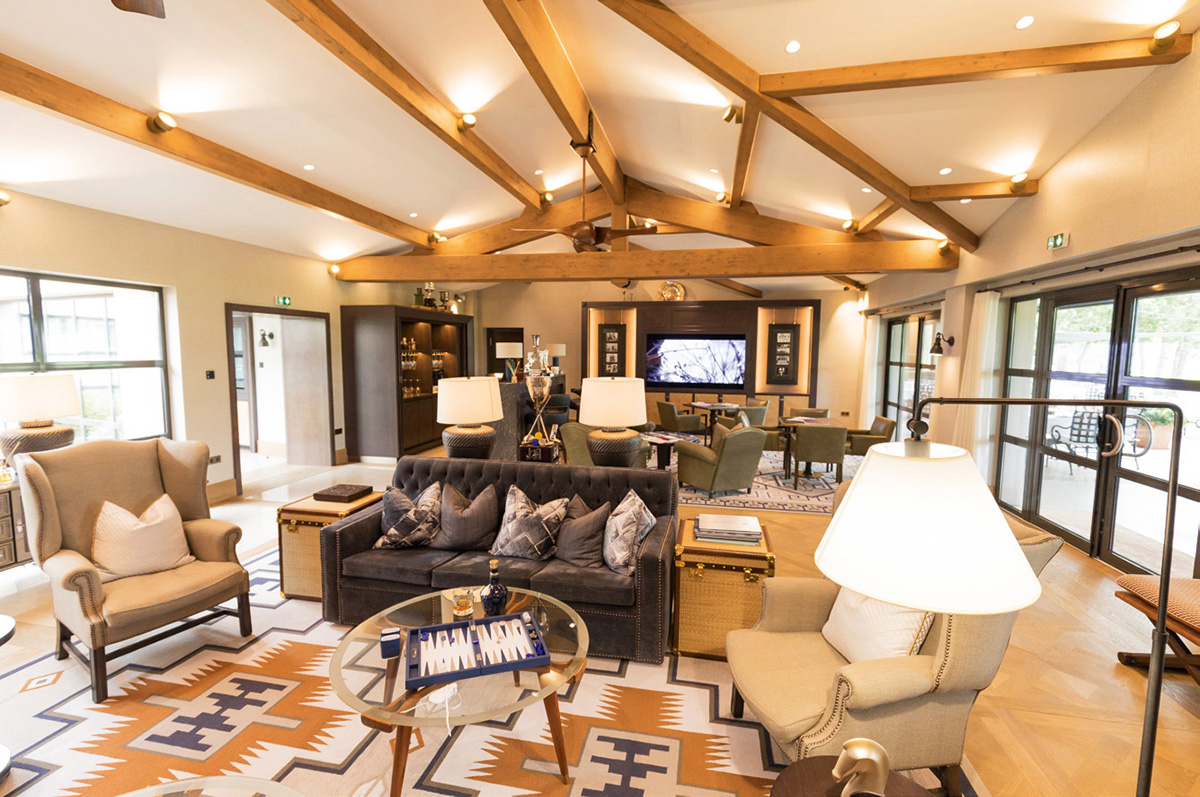