It was about a decade ago that I began my observation of a photographer like none other that I ever come across. Following him through the years, I recognized an undefined power that produced a magnetic grip on the viewer. He portrays life and people in synonyms that make even the tiniest element in his compositions come alive with passionate force. You can almost say that each protagonist in the photo is, in itself, an icon.

A New Yorker, Brian Finke is sort of a documentary photographer and uses the American sports scene to illustrate life in the States. His reality goes beyond the exterior image, and captures how the personages in his photos react: stress, fatigue, virility of the sportsmen, etc., all hit you in the face with the same force as the colors and themes. Sometimes his photos are calm and soft; others are hard and violent. His work often reminds me of the plastic era of American society in the 50s; it gives me the impression that he is a psychic voyeur, exploring and exposing the fabric, drama and trauma of society. What you see is not what is shown; it takes a very insightful extraterrestrial to do this via photography.

When we started MONACO FORCE ONE magazine, I searched far and wide for photos that talked. Brian Finke graciously responded to the challenge and has shared his work with us generously ever since. His clients read like a Whose Who of society: Nike, Heineken, Ikea, the New Yorker, Time magazine, D di Repubblica, are just a few. His awards include the World Press Photo Masterclass Award in 2001; the Young Photo Journalism award in 2003; and the New York Foundation for the Arts Fellowship in 2004.

The entire world now celebrates Brian’s success. You can see his work on display at the Houston’s Museum of Fine Art; Worcester Museum of art, the National Library in Paris, ClampArt, New York, and the Kiyosato Museum of Photographic Art in Japan.

At the end of last year, Brian Finke began a new photo essay that gave the world a chance to see how he does what he does. The Talisker Whisky Atlantic Challenge – known as the toughest rowing race on the planet. Brian usually follows an event from start to finish to get the emotionally charged photos that he shoots, and this proved an excellent challenge to the celebrated photographer.

It is said that more people have been into space than have rowed the Atlantic. Since 1997, this ocean-rowing race has attracted the brave and the intrepid to pit themselves against the elements and race the 2,550 miles from La Gomera, Tenerife, to Port St Charles, Barbados.

In 2013, seventeen teams from around the world will fight for their charities by rowing the route of Christopher Columbus for 40-50 days. The various teams include: an all female team who are looking to break the record in female trans-Atlantic racing; a husband and wife team; a team of 6 rowers who are all veterans of the Afghanistan and Iraq conflicts; a team of firefighters from Worcester; a father and son duo from Canada, a two-man team from Norway who are raising money for a heart disease charity, plus other altruistic skippers from around the world.

Rowers have to cope with blisters, salt rashes, sleep deprivation and rowing in two-hour shifts around the clock for weeks on end. Boats are seven meters long and just under two meters wide, with only a small cabin for protection against storms. All boats are equipped at the race start, and cannot take any repair, help or food and water during the crossing.

“I was able to photograph both the preparation and the start of the race in December from the Canary Islands, and the first teams arriving in Barbados in mid January after their 2,550 mile journey. The images show the emotion, strength, and challenges of these incredible athletes, in this wild race.” 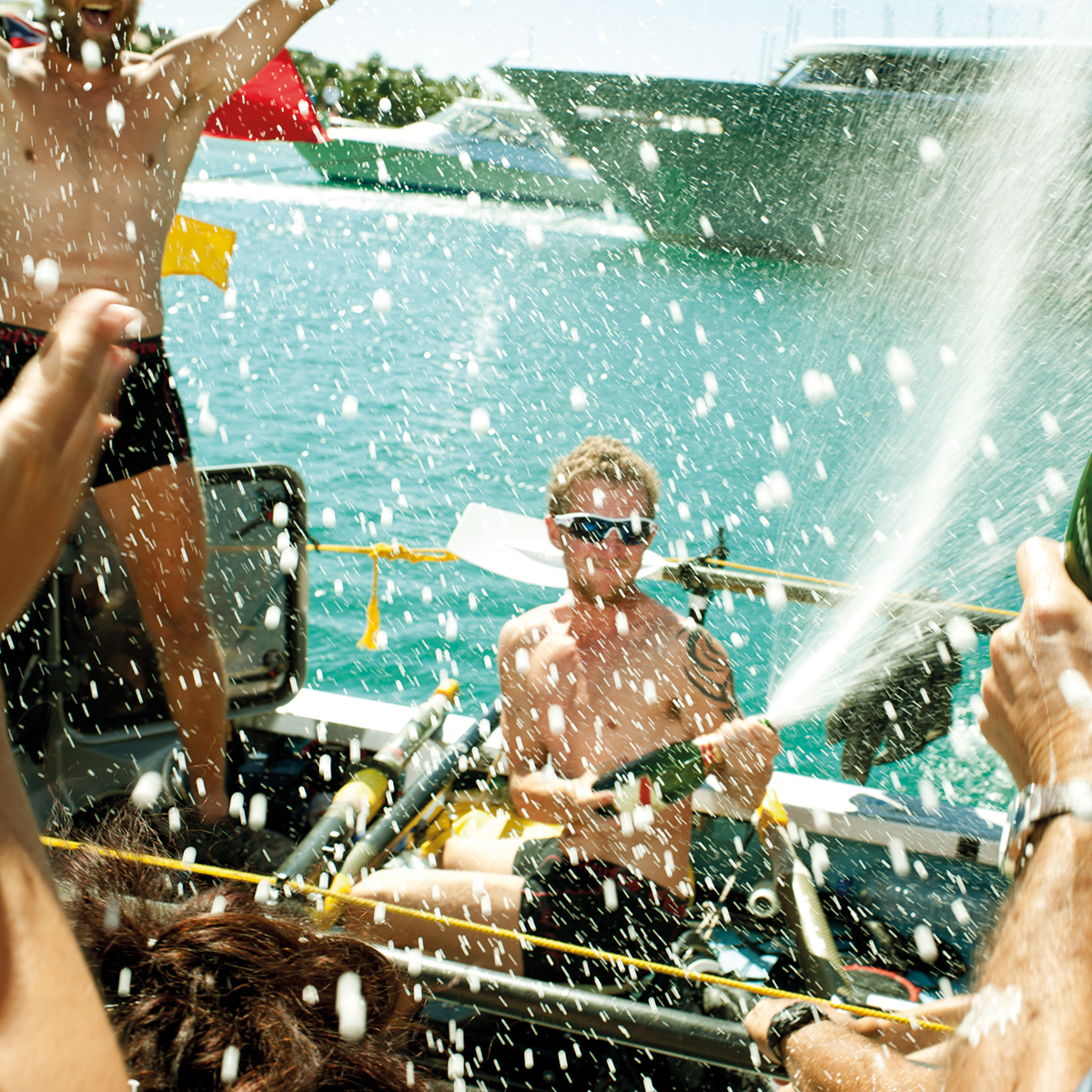 HOW TO BE ENOUGH – RUBY ONYINYECHI AMANZE
FABIO VIALE - TRULY
BRAM BOGART, ZONZUCHT - VIGO GALLERY, LONDON
THE MEDICI OF MOUGINS
LET'S FALL IN DIAMONDS
THE GOSPEL ACCORDING TO NAOMI CAMPBELL