WHEN A MASTERPIECE STEMS FROM ART 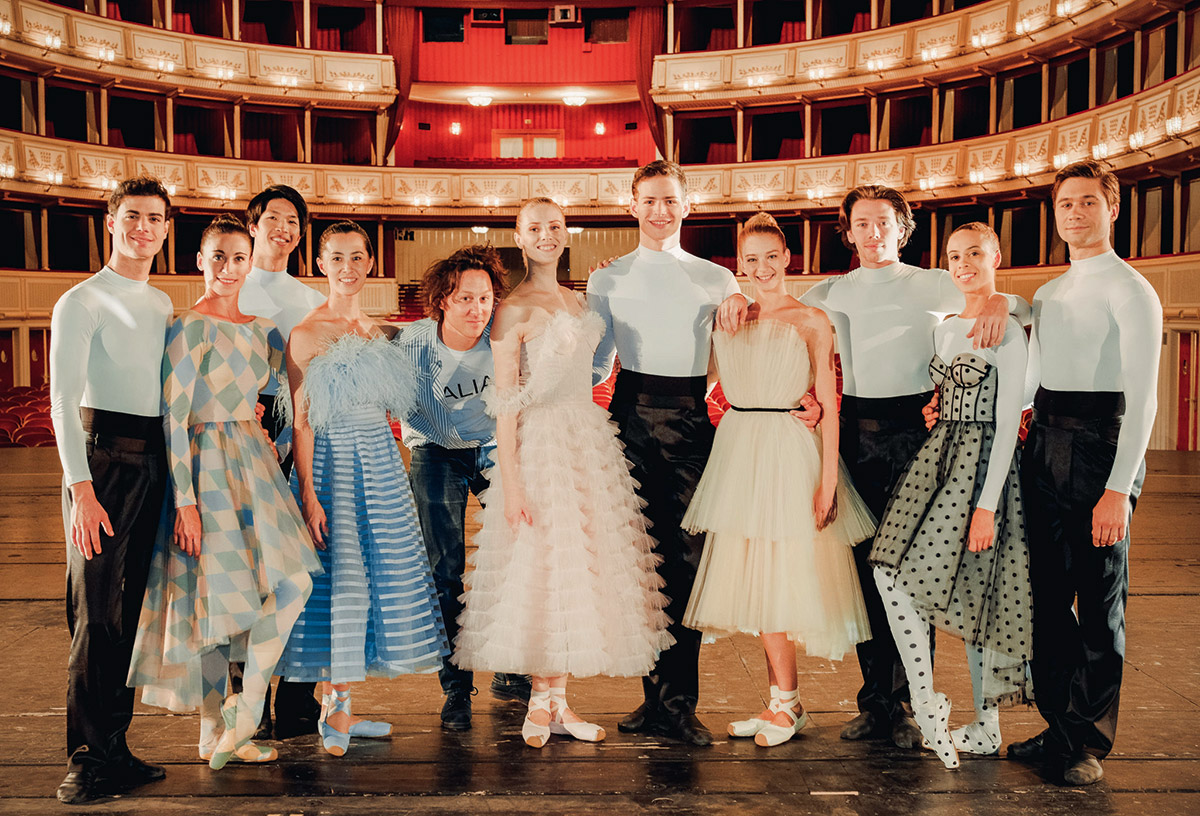 WHEN A MASTERPIECE STEMS FROM ART

Arthur Arbesser, one of the most promising young designers on the international scene, has revolutionised the concept of art and fashion. This is his programmatic manifesto.

Arthur Arbesser’s atelier, in a building designed by architect Luigi Caccia Dominioni, says everything about one who has been defined one of the most promising young designers on the international scene. In effect, in the weeks preceding the presentation of a new collection, most fashion ateliers are not places for the faint of heart, transforming into high stress-content zones where tantrums are the order of the day, and mood swings even worse. Instead, when I dropped by to visit Arbesser just a few days before the presentation, the atmosphere was decidedly laid back, with soft classical music playing from discrete speakers. This self-made Viennese designer loves turn of the century architectural dynamism, just as the applied arts, and although he likes to keep a low profile he can boast 21.5 thousand followers on Instagram and, at thirty-six years old, has already moved the clocks of international high fashion well forward.

The first thing I notice about him as arrive is his smile, and his gentle approach. He comes over to greet me with his distinctive gait and politely offers me his hand. Arbesser is an intelligent man, with an exceptional intelligence that radiates from him like a composition by Fausto Melotti. While I already knew from my research that he was brilliant (and trained at the Central Saint Martin’s College, London), Arbesser surprised even more for the fact that he has the look of someone who knows exactly what they’re doing: part furtive, part explorative. When we get round to talking about his atelier, he starts by telling me something about his experience as costume designer for the Vienna Philharmonic Orchestra New Year’s Eve Concert, and the way it made him feel. “Being born in Vienna, accepting this assignment for me was above all a great honour! Stylists of the calibre of Valentino and Vivienne Westwood have done the costumes in the past, so for me it was really something extraordinary! Then the fact you’re really being seen by most of the world introducing the New Year meant it was an even greater challenge. All in all a great project and a wonderful dream that came true” says Arbesser, in his slow, rhythmic Viennese way of speaking.

“I’d dreamt of this assignment for quite some time, and I was very happy to be able to take it on. I had the project already in my mind, but to be able to realise it I had to work with the choreographer, the dancers, study the music of Strauss chosen for the choreography, and not least the places and spaces for realising the television program. With all these new elements to deal with, I had to start all over again, changing a lot of what I already had in mind and starting out with new feelings and ideas”.

The other thing I learn immediately about Arbesser is that his mind never stops working.

Born and raised in Vienna, since adolescence he has been fascinated by the architectural dynamism of the turn of the nineteenth century, just as the heritage of the applied arts. How did this influence his work on the aesthetic sense of a collection? “I think it became part of my aesthetic DNA – I adore certain rigorous lines and geometric graphics, but I also have a sense of romanticism and melancholy that is very Viennese”. With this experience, what message do you want to send to the fashion sector? “Designing for the ballet made me understand that real talent is the only kind with meaning, and working with dancers who are real artists and who work extremely hard, with incredible discipline, has been a great stimulus for me in reaffirming this concept. Quality is what really matters, always!”

Arbesser’s aplomb is fascinating. Nothing seems to disturb him, and what could to some appear as arrogance can only be interpreted as the expression of his great faith in himself and his ideas. When I ask what precise elements he repeats in his figures to represent the sense of purity, sensuality and modernity, he speaks of cohesion “I love traditions, but I likewise adore innovation, elegance, purity, beauty and sensuality. The thing is, today we live in a world too fast to give all these things the emphasis they merit. So, when I’m designing, I feel that all these elements have to coexist, but can’t become confused because in the absolute communality of peculiarity, the intent, finality, the tools used, the paths that lead to the creation of a garment, are different. I cannot but firmly and profoundly believe in the infinite elective affinities that have always distinguished the special relationship of the one with the other to create something absolutely special. Art and fashion.”

The second element that’s immediately evident, looking at his collections, is the personal creative process that stems from archived memories and experiences “I would, of course, say a mix of both. I think the creative language of every designer is a combination of creative process and accumulated life experience”.

The themes of the collection are rich and intensely imbued in colour and lines drawn from the world of art. What are the cultural references that guide him? “Certainly the work of the Vienna Secession around 1900, but also the work of a pop artist like Kiki Kogelnik or the architecture and design of an architect like Luigi Caccia Dominioni”.

As I interview him preparing for the show, I ask which are the words and music he uses to recount art through a collection, and if he is really convinced that this is the difference that determines its authenticity in a world drowning in images, like the social media. He reacts with a smile to this question, and with an air of tranquillity begins with “I’m a romantic and still believe in the words, attention to detail and certainly the incredible power of music! I think that music is the companion of many creative people”.

I insist, asking how does he use these channels. What image of himself does he want to project? “Of myself I want to project little, but of my world I want people to understand that a certain timeless elegance, tenderness, education and thought can still exist today – in a world full of social media-personalities, Donald Trump and “ugly sneakers”.

We end by talking about the figures from the art world that have influenced his creative process, from Fausto Melotti and Hermann Nitsch to Maria Lassnig. “These three artists are just three of my many heroes. Maria Lassnig was our neighbour in Vienna. When I was little, I used to do the shopping for her, just so I could admire such a fascinating, cultured woman and watch her in her studio, absorbed in her art”.

Convinced that art and fashion determine the concept of elegance and there is no more fresh, balanced vision, I ask him what he expects from this year, newly begun “New meetings, great challenges and to carry on doing what I love”, almost knowing that his approach always leads to a success. For a person so young, I ask, what can the future be?

“The future could be, for example, designing costumes for the theatre or opera because they don’t have times and seasons… and let you work alone with such cultured, professionally enthusiastic people … I imagine that’s what keeps me young!“. 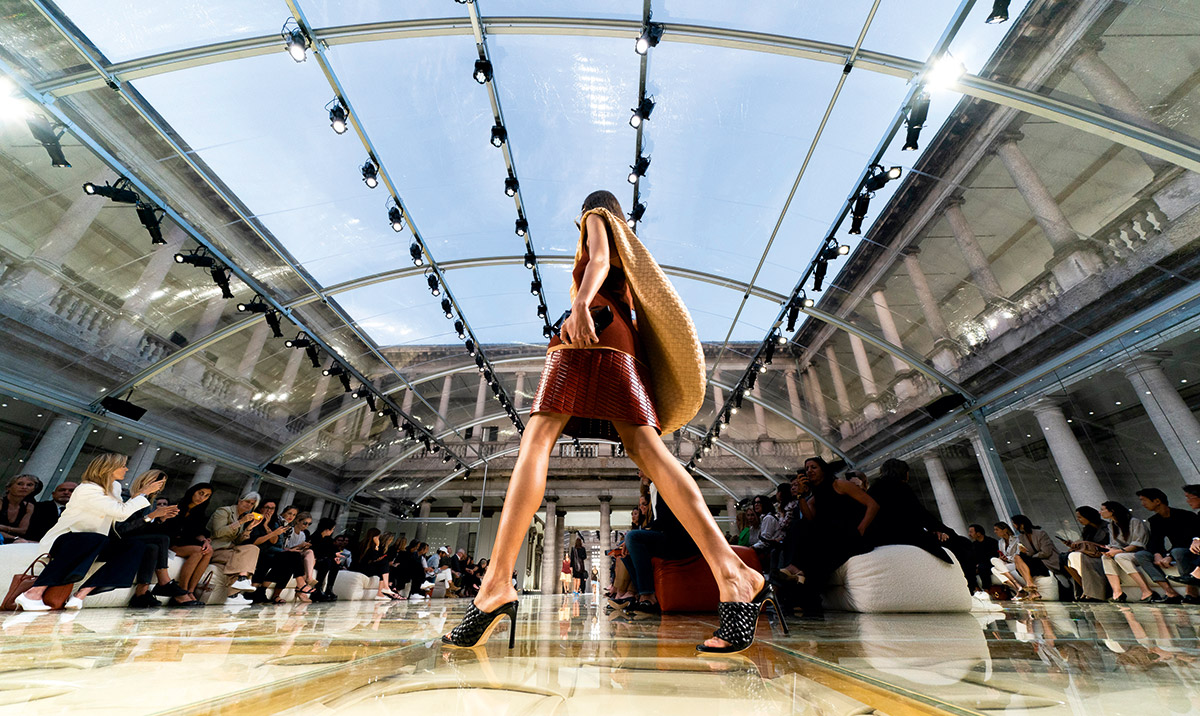 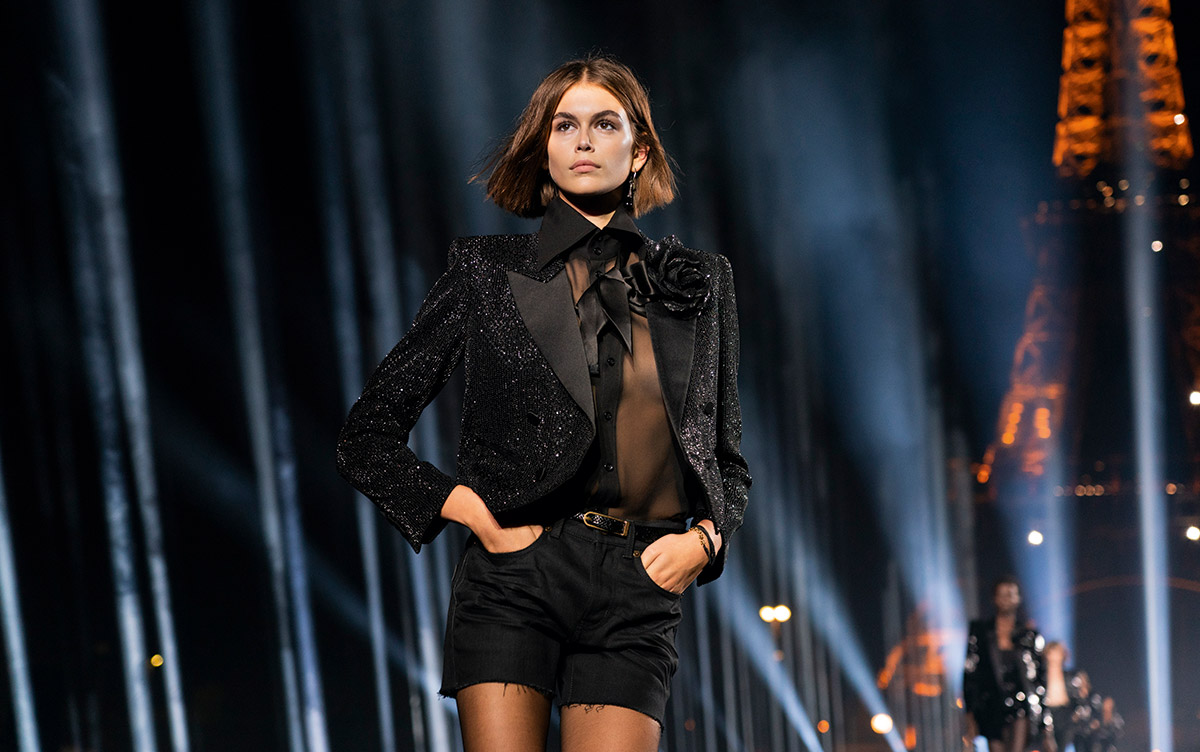 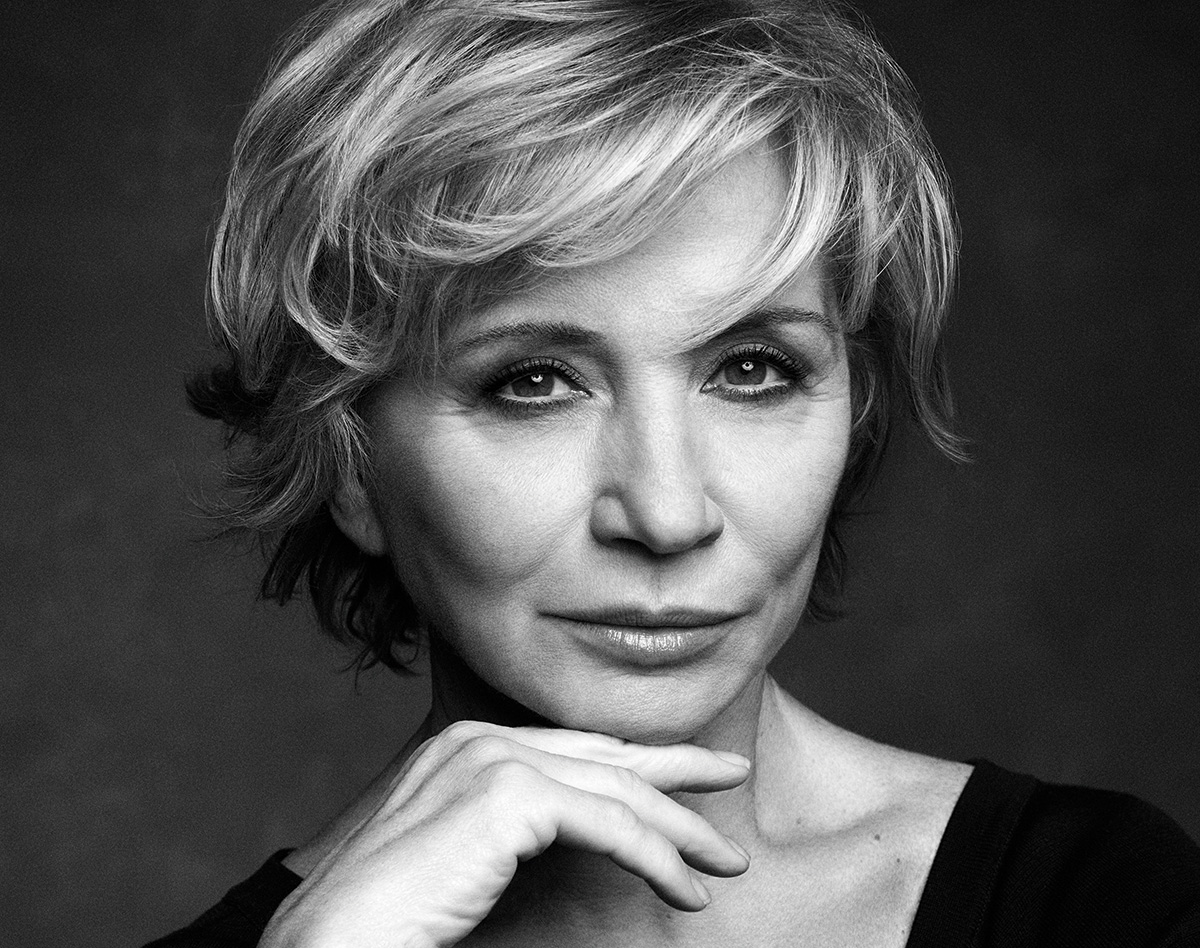 ALBERTA FERRETTI – I, A WOMAN CLOSE TO WOMAN. 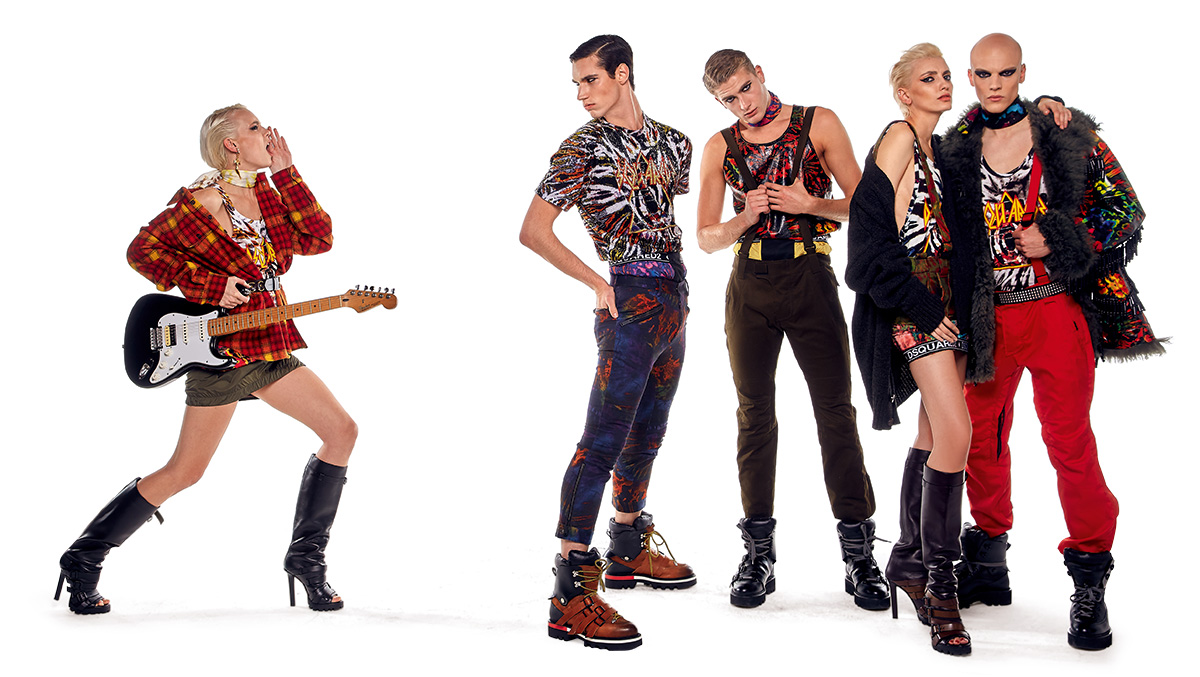