Somewhere between Monaco, Manhattan, and the moon, I was fortunate enough to spend some fascinating  times with Jean Shafiroff, America’s First Lady of Philanthropy. On a bright Roman winter afternoon, I was excited to hear about Jean’s visit with Pope Francis. “I suppose you are in a very peaceful mindset?”

Brimming with calm, Jean was hesitant to reveal too much about her individual audience that she had taken with the Pontiff. She whispered to me ,only, that she had shared her book with him, SUCCESSFUL PHILANTHROPY: HOW TO MAKE A LIFE BY WHAT YOU GIVE.  She gazed at me in awe. ”It was his humility that was so indescribably ever-present.”

Her passion to teach others about how to really “give of yourself “ in terms of philanthropy is defined in her book which provides practical  empowerment tips. “Making the time and putting in the effort requires courage and willpower.”

I first met the effervescent Jean, who calls herself a volunteer  donor with her modest investment banker husband, Martin Shafiroff, last fall in their New York City apartment, when she organised a Red Cross fundraiser gathering for the California bushfire victims. Whilst I was in  Manhattan, over three months in the fall, I heard around the streets of N.Y.C’s Upper East side, that she had attended  at least five fundraisers a week; and the ones I missed, I viewed on Instagram with zillions of thumbs up. Often, present on  as many as eight boards in the same year, Jean’s charitable work includes improving the lives of underserved populations, women’s rights and well-being, health care, animal welfare, and resources for children in need.

Gratefully, in November, I presided alongside Jean at The 8th Annual Better World Awards, Roc 4 Humanity on the Central Park stage where the gala guest- list boasted a mix of American royal and rockstar names . Amongst the families of George Bush and Robert Kennedy Junior, Fred Schneider of the B52’s ,Mrs Wyclef Jean, and famed shutterbug, Harry Benson CBE,Jean was awarded the Better World, Humanitarian Philanthropic Award. The concert fundraiser benefited  Wells of Life (WOL) and appropriately opened with ‘empowering women’ original songs performed by Jazmin Grace Grimaldi. The evening closed with Jean singing spontaneously with 7 time Grammy winner,  Jose Feliciano and a group of newly inspired donors… “Feliz Navidad “reached a new high. Her infectious spirit is contagious; it is  likely the reason why so many more donations followed suit that night.The Park Avenue Powerhouse generously donated the construction of a well in Uganda. Jean believes that the basics of life must be given priority: food, water, and shelter. The Shafiroff’s were first to help WOL that night, as the highest donator.

Back in  February, when  Jean, was in  Rome, she told me about the importance of her Catholic upbringing and about the effect her school-teacher father had on her. “We were blessed in that my father taught us the importance of education. I don’t know why I have been so blessed, but I know by growing up with a strong faith, my Catholic teachers, and family taught me to give back whatever we can give.”

Always quick to help out in the countryside of  France or to help the French Heritage Society (FHS), at  American events , she is passionate about the Society’s work which has been preserving, restoring and promoting French heritage in America and France since 1982. Their Student Exchange Program has supported more than 400 university student internships at cultural organizations, historic chateaux, parks and gardens. Jean dreams of living  in France one day,”I love the culture, and the country”; one of her Paris trips coincided with 35th-anniversary celebration of the FHS at the Palais de Compiègne. FHS has committed to support the Palais in its restoration of the Emperor’s Guest Library. 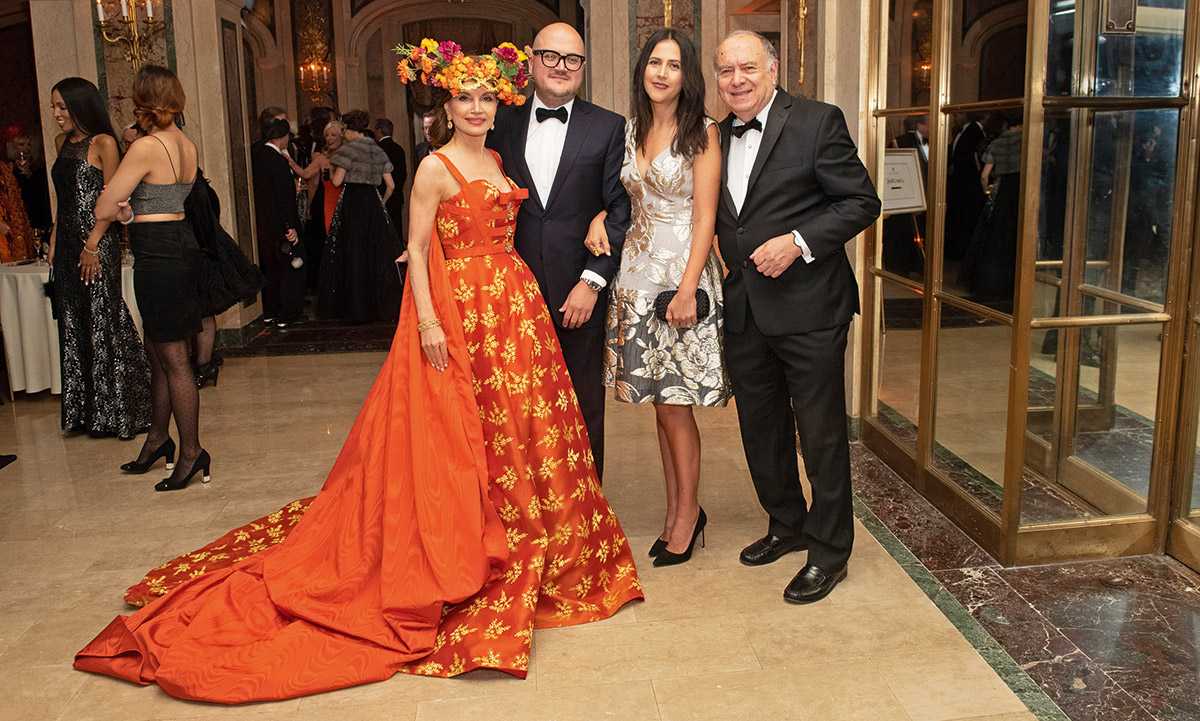 Jean is well aware of what happens to people who suffer injuries and, as a result, have a loss of employment. While putting herself through Columbia University for her MBA, she worked part- time as a physical therapist at St. Luke’s Hospital in NYC. Jean recalled: “I witnessed so much suffering and I think through this pain, my evolution to help and donate whenever possible came about.”  “Besides viewing patients with  excruciating suffering she learned about patients  with financial hardships …“the general devastation of seeing families who were being pulled apart, moved me to want to give.” Those twenty -something years in Manhattan, truly inspired her to become the philanthropist she is today.

Jumping across the pond, during a hectic NYC December, Jean  was quick to donate to  an exclusive  forty person dinner for Walking with the Wounded with Prince Harry who is a patron. Walking with the Wounded supports a pathway for vulnerable veterans left injured to re -integrate back into society and sustain their independence outside the armed forces.

Listed on Daily Fashion Report’s: International Best Dressed List for her ball gowns, Jean’s evening attire is often press fodder. Undoubtedly, the press has gotten it right~!  I was in awe when I joined her, last Halloween, at the French Heritage Society Gala Ball at The Plaza Hotel in NYC as her dress had elevated the theme three steps  beyond the” orange and black” theme that the invitation suggested. Dressed in a custom -made fruit and floral mask, her Victor De Souza gown echoed  a trail of  orange and black; she was  draped like a princess at a Renaissance regal gathering.

Behind, her glamorous mask, though, she is a dedicated volunteer donor who European charities  can count on to bring her special touch of philanthropy with a lasting impression