For some designers, muses of style still exist. Anthony Vaccarello has the capacity to identify them, bringing them to light to bear witness to everything new and modern in the legendary house of Saint Laurent.

If until a few years ago the spirit of the times was dictated by changes in clothing, these days to understand what’s mutating in the world of fashion “you have to live it and breathe it, looking with fascination to the mystery of the great icons of the past that underlie the aura of a fashion house, to understand its greatness”, as stylist Anthony Vaccarello affirms in one of the rare declarations he releases.

As if to say that with the excess of collections from all over the globe, customers can be won over only thanks to an emotive, hedonist dimension and their social and intellectual belonging. A move very close to what Yves Saint Laurent himself made in 1966, in the times of his “Rive Gauche” collection, when he shared the motivations that inspired the radical culture of the times with his friends Betty Catroux and Loulou de La Falaise. 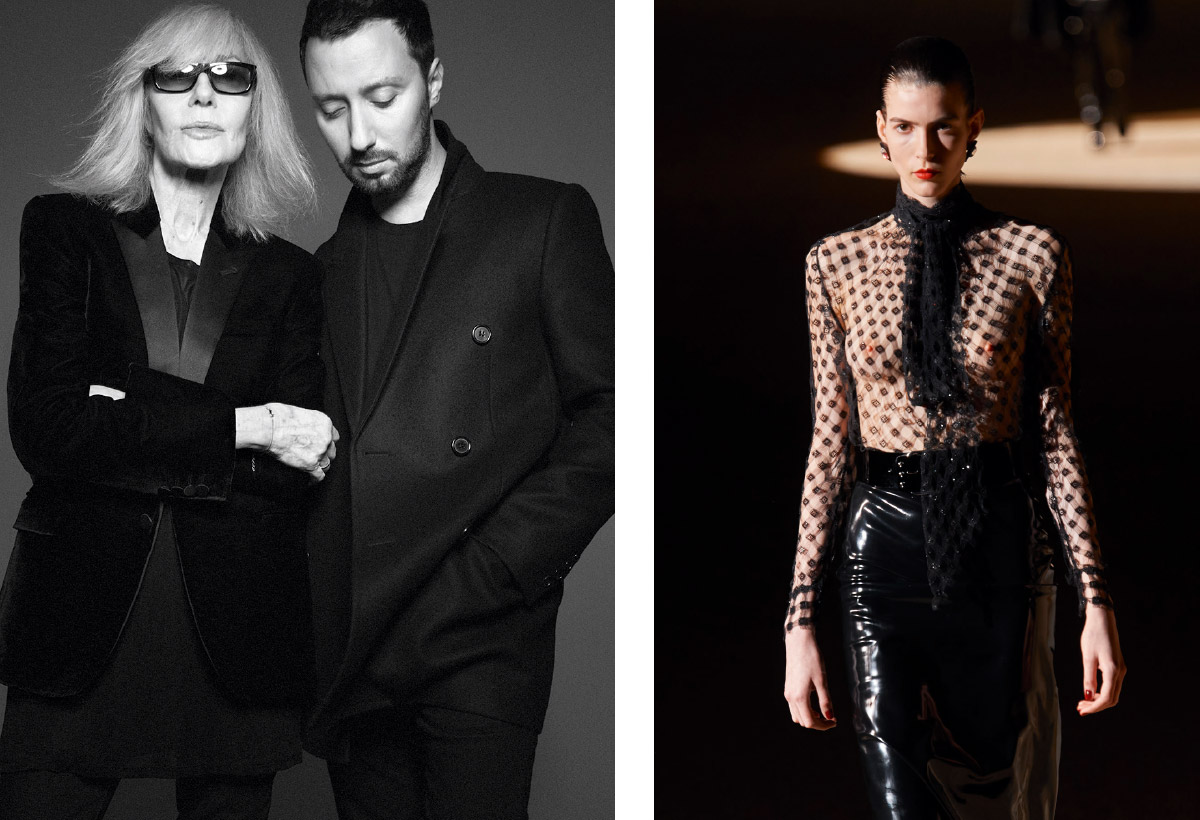 Today Vaccarello does no less, with one difference: he thinks in global, universal terms, and rather than in the world, he seeks his muses in Paris, between his new apartment – which is indeed located in Saint- Germain- des- Prés, in the heart of the Parisian quarter, and the Café de Flore, where he lives and works. Europe’s most important city, a socio-cultural observatory that sees the convergence of ideas he feels close to him as he dresses independent women who love fun and freedom, not fame and success. As in the past, precisely when the pleasure of stepping out was an important part of lifestyle, where democracies could permit it in the light of day, and even repressive regimes that forced concealment: but the effects were the same. Dressing with style and elegance before stepping out of home to show your beautiful side.

For the stylist, if fashion is the beauty and imitation of a given model, which satisfies a need for social support and leads the individual on the path walked by all, a universal that renders the behaviour of each individual a mere example, nonetheless satisfying is the need for diversity, the tendency to differentiation, distinction. This has been the great work of the stylist ever since his first collection presented in September 2016.

For Vaccarello, giving a personal imprint to Saint Laurent has never been a question of drawing parallels between himself and Yves. He holds the words of Pierre Bergé, Saint Laurent’s former partner, close to his heart: “You are not Saint Laurent. Don’t try to be Yves Saint Laurent”. In his support, he has never replicated the moves of his predecessors, and even less so that of Saint Laurent, but has always made an effort to give his own, very personal and almost perfect impression of what he knows, what he does. 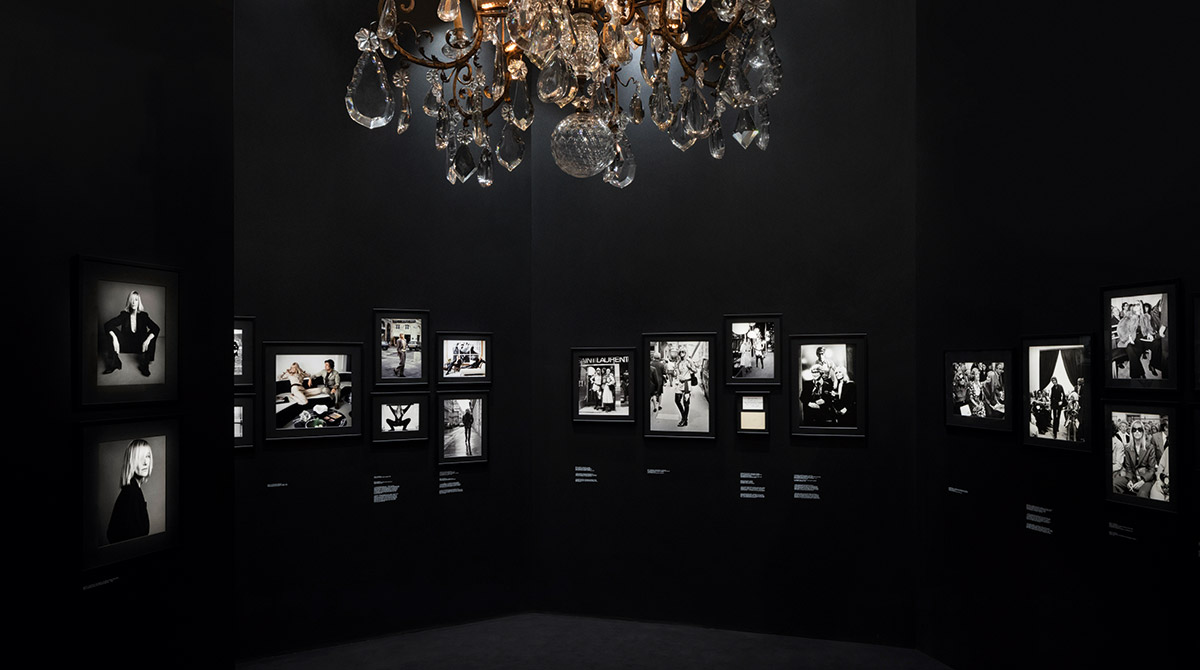 Based on the assumption that he doesn’t consider the indirect social and political power he has in his hands when he talks about Maisons with Heritage, and their creative directors. Sure, people who buy from Saint Laurent boutiques throughout the world knows little of its creative director’s value concepts, but wearing his creations they automatically become icons of the values the Maison decides to impose, in this case Vacarello’s. And there’s nothing closer to the style of Yves Saint Laurent, that sends a cultural message to the establishment in such a subtle manner.

You can see this in the special exhibition at Musée Yves Saint Laurent Paris, in partnership with Saint Laurent, at 5 avenue Marceau in Paris from 3 March to 11 October 2020, dedicated to Betty Catroux, icon of fashion and Yves Saint Laurent’s “female double”. The items on show, selected by Vacarello as pieces that best reveal her personality and continual influence on the distinctive style of the brand, come from a significant donation that Betty Catroux made to the Pierre Bergé – Yves Saint Laurent foundation.

The feeling, above all else, distilled in each dress, accessory and jewel, is tribute itself to universal beauty as the synthesis of an aesthetic language that puts the contemporary to the fore, reinterpreting the existent.