David Bailey. The name instantly conjures up a whole series of monochrome images of the legends of my early teens, growing up in the Liverpool of the late ‘sixties with a burning desire to get to London before the swinging sixties came to an end but born just a couple of years too late.

From the Beatles to the Stones, Jean Shrimpton, Twiggy, Peter Blake, Andy Warhol, Michael Caine, Jimi Hendrix, virtually every major cultural figure of the day passed in front of his lens, and he himself became as much of an emblem of his times as the people the photographed, in the vanguard of the working-class invasion of British popular culture.

Born in 1938 in London’s east end he’s proud of the working class roots and the grit of poverty-stricken life in the ‘fifties, the landscapes of grimy terraced housing, streets almost empty of cars, boarded-up shop fronts, the pictures of a vanished world he published in Bailey’s East End, the book chronicling his ‘manor’ from the late 1950s, when the East End was run by violent gangs like the Canning Town boys and Dagenham Boys, and of course, the Kray twins.

Bailey says it was his love for natural history and his dyslexia that led him to photography. After a series of dead-end jobs he was called up for military service in 1956, serving in the air force in Singapore were he bought himself a Rolleiflex camera, determined to be a photographer after getting demobbed.

He landed an assistant’s job with the John French studio in 1959, more or less when the fashion world started to really change. The foppish elite, typified by Cecil Beaton, was about to be toppled by Bailey, Duffy and Donovan, aka the Black Trinity. Vogue was looking to attract a younger audience and saw the energy and potential of this, a foul mouthed young photographer from East Ham. It was on a shoot for Vogue that he met Jean Shrimpton, his first muse. The one who first started calling him Bailey, the way he’s been known to everyone ever since, everyone except Lord Lew Grade and the Kray twins who all insisted on calling him ‘Dave’.

Stalls to stars. A dyslexic kid who left school practically illiterate but good with his mum’s Brownie, gets a job as a photographer’s assistant and end’s up landing Jean Shrimpton and his first cover of vogue at age 22. Not bad at all. The Swinging Sixties were really Bailey’s 60’s. As he says himself, true to his origins, they were swinging for about 500 people ‘but it wasn’t very swinging for coal miners in Wales’. Of course, he was one of the 500 and was friends with, photographed or made love to most of the other 499. A proper hero, especially after we found out he was the inspiration for Antonioni’s Blowup…ah! Jane Birkin.

A decade later what made him a real household name were the Olympus camera TV ads of the ‘seventies, with great British comedians Arthur Cole, Eric Idle of Monty Python fame, and Michael Elphick, who coined the icon phrase “Who do you think you are, David Bailey?”

From the Krays to Mick, Freddie and the Queen, this man has photographed everybody who is anybody and done adverts for most of the others. On a campaign for Trump airlines with Carol Alt, Donald asks “Can you get her to say I love Donald Trump” and he replies “with what you’re paying I can get her to say f-ing anything”, and to “How do you get such classy women, Bailey”, his response is simply “You wouldn’t understand Donald, it’s all about humour”.

And the Queen. Anyone who can tell the Queen he has truth Tourette’s, go through the whole shoot calling her “girl” and get the kind of result we see above is nothing short of legend.

At 81, he shows no sign of slowing down. He works every day on portraits, commissions and his own paintings, big, brash neo-expressionist style. He’ll refer to Picasso, Michelangelo and Caravaggio like they were old friends he met somewhere between the Krays and Freddie Mercury. Asked about his heyday of the ‘sixties as he married Catherine Deneuve with Mick Jagger his best man, he replies “Heyday? That wasn’t my heyday. My heyday is now, bloody cheek to suggest otherwise!”

Taschen has not missed the occasion to add another gem to its collection of SUMO editions, with a book that is the worthy heir to the legendary SUMO book dedicated  to Helmut Newton many years ago.

The works of David Bailey are presented in a 50 x 70 cm (440 pages) volume. Limited to a total of 3,000 numbered and signed copies, each edition comes with a beautiful bookstand designed by Marc Newson and a set of four different covers.

The Collector’s Edition is limited to 2,700 copies at a pre-order price of 2 500 €. The four Art Editions of 75 copies each all come with separate prints signed by the artist. 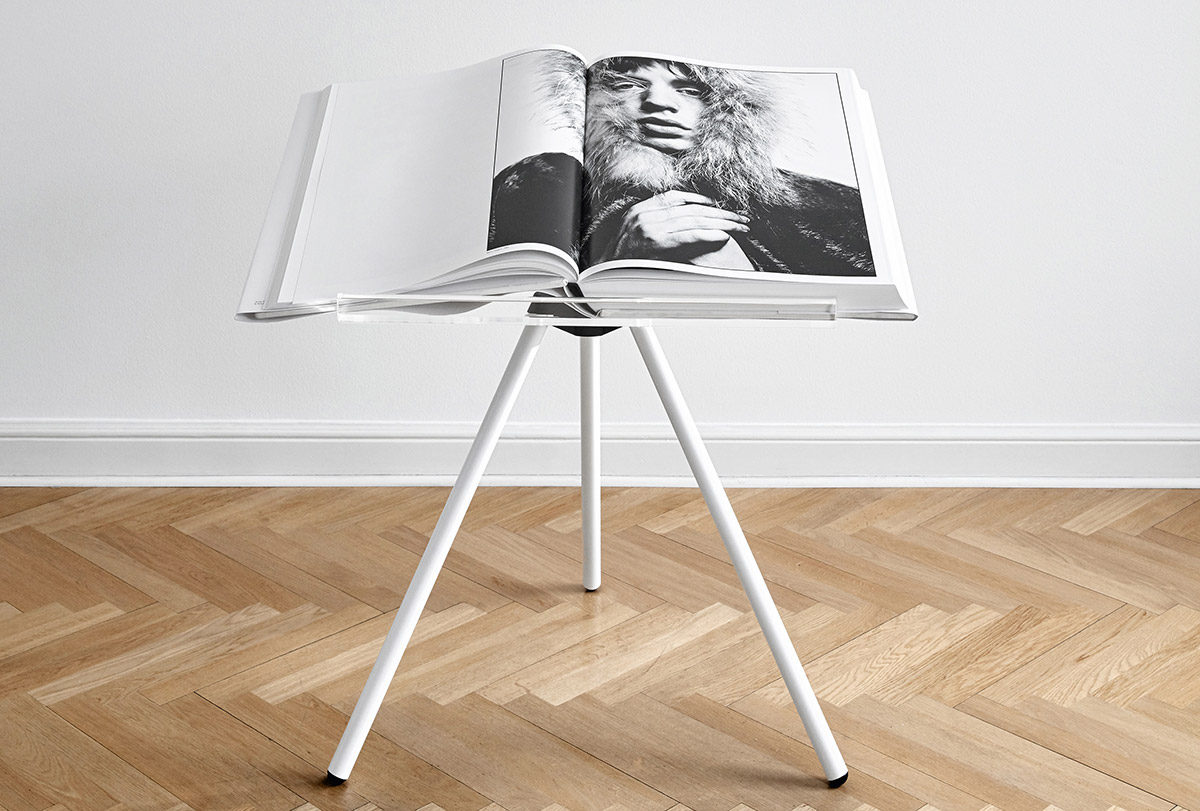 WHAT REALLY COEXISTS IN THE SAME MOMENT?
BABY NEWTON
MASTERLY REFLECTIONS WITH ENZO CALDARELLI
IN CONVERSATION WITH ANNA HU
Orpheus and Eurydice: the Greek myth as the guide toward an understanding of the self.
THE MEDICI OF MOUGINS