There are plenty of prizes and awards handed out every year, but few have as much meaning as the Prix Monte-Carlo “Femme de l’Année” 2018 (“Woman of the Year”). Under the High Patronage of His Serene Highness Prince Albert II and the Honorary Presidency of Her Serene Highness Princess Charlene, this is a prize that rewards women who have truly made a difference in today’s world. It was created by journalist Cinzia Sgambati-Colman in 2012.

For this 7th edition of the Prix Monte-Carlo “Femme de l’Année” Awards, the theme was sport and the lucky winner was Géraldine Rey for her contribution to facilitating the development of women in motorsport. Yelena Isinbaeva received the “Monte-Carlo – Woman of the Year for Monaco” Award for her work helping children in need and new talents. Finally, Isabelle Henchoz received the Special Award for Woman of the Year for dedicating her life to helping others and facilitating the practice of sports for disabled people.

The winners were invited to the Princely Palace by H.S.H Prince Albert II of Monaco along with the President of the award, Cinzia Sgambati-Colman, and Ornella Barra, Co-Chief Operating Officer of sponsors WBA. 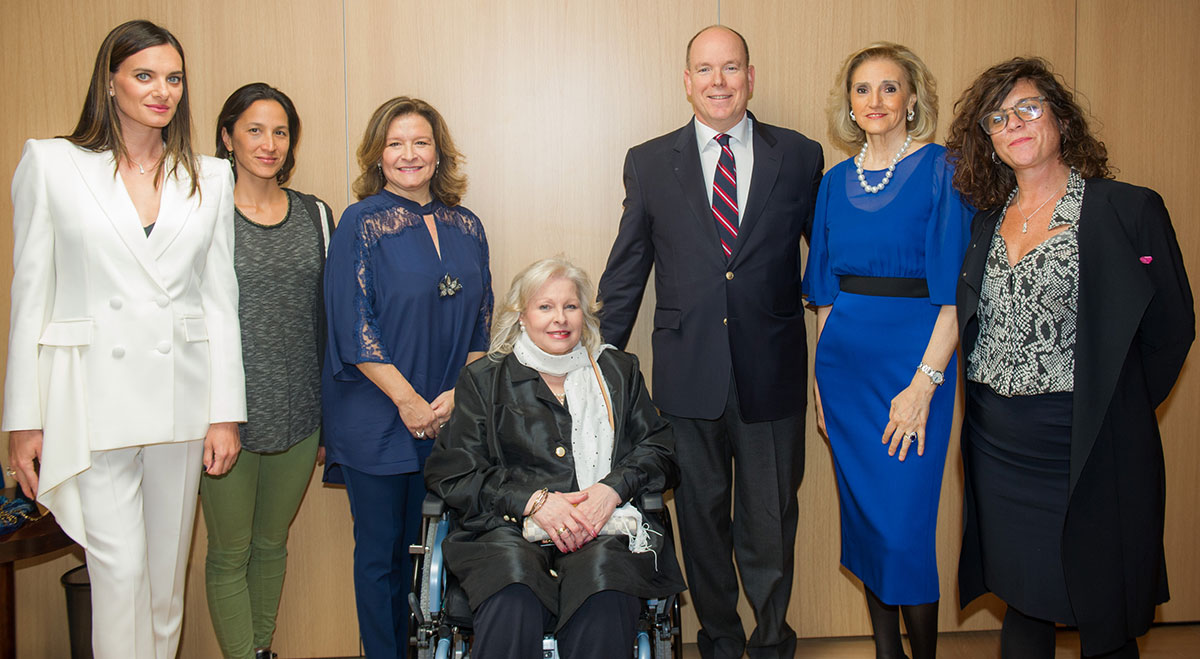 The awards ceremony took place at the Salle d’Or in the Fairmont Hotel in Monaco on the 14th May, sponsored by Walgreens Boots Alliance, the first global pharmacy-led health and wellbeing enterprise.

The theme for next year’s Prix Monte-Carlo “Femme de l’Année” Awards has now been announced: in 2019 it will be “Women, Art and Science”.