For anyone who has picked up the seminal work “The History of Art”  by E.H. Gombrich – the usual starting point for those with even a fleeting interest in the subject – then the argument that most, if not all, modern and contemporary art owes a serious debt to the ancient should come as no surprise. With any visit to a museum comes moments of epiphany for some, recognizing certain motifs or styles seen elsewhere, yet up until the opening of the Musée d’Art Classique de Mougins [MACM] in 2011, you would be hard pressed to find a museum that showcased both ancient and modern side by side.

Carefully curated to tell the history of art through as subtle means as an ancient Roman sculpture of Aphrodite whose neighbor is Yves Klein’s Aphrodite, as well as a soft chronological approach – moving from Egyptian to Roman, interspersed with modern works – MACM is an Aladdin’s cave of archaeological and artistic wonders.

Almost as impressive as the museum is the man behind it; reformed financial and commodities trader, Christian Levett has held an obsession as a “fanatical collector” since childhood after having become fascinated by ancient coins. Force One Magazine were lucky enough to visit the museum and speak with the man himself: 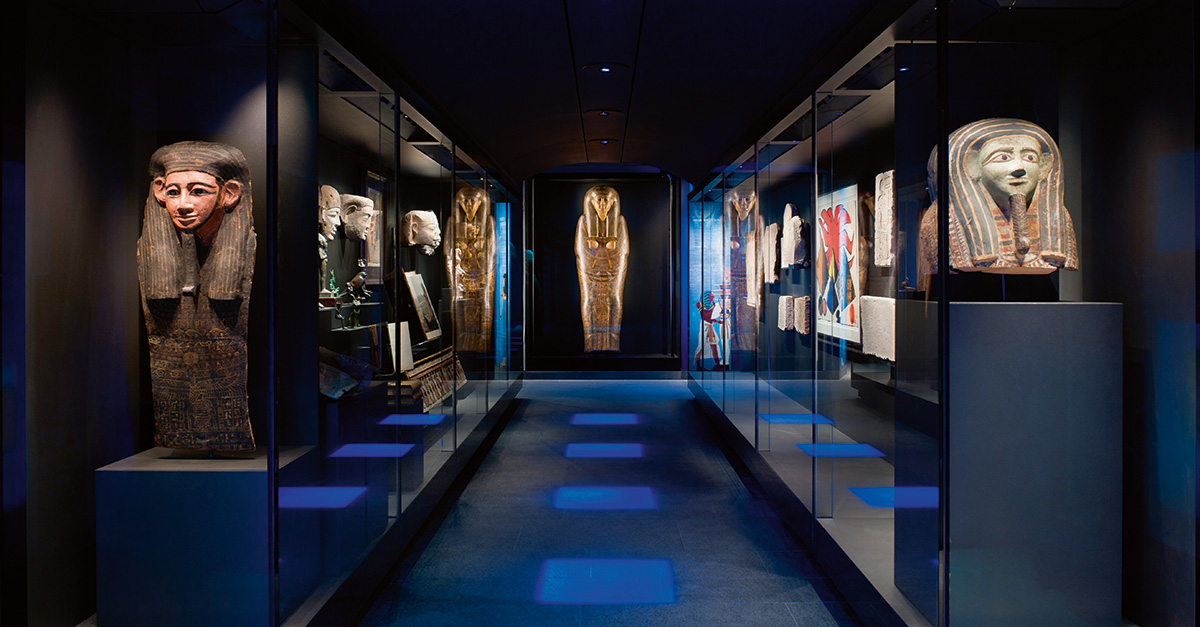 F.1.M. : Wonderful to see you again Christian, and see in person the collection you speak so passionately about. Did you ever think that when you were a child, pouring over those ancient coins you saved up your pocket money to buy, that one day you would have a collection of art and antiquities worthy of such a museum?

C.L. : Definitely not! I didn’t think I’d even have the money to buy a toy let alone start a museum one day. If you would have asked me at any point up until even 10 years ago, I wouldn’t have thought about it, even when I had the money to do so. I had built the collection, but the idea of creating a museum didn’t come naturally to me. I didn’t build the collection to open a museum, I built it because I’m addicted to collecting things! I was just a fanatical collector when I was a child, and I’m still a fanatical collector today.

F.1.M. : How did the idea for the museum first come about then?

C.L. : I had bought so many antiquities and art works, which I kept having to put in storage, I mean, I had bought hundreds and hundreds of antiquities, and each time I thought that maybe I’ll put them in one of my houses, but the collection became so big it was impossible. I knew I had bought a lot of world class objects, but it was personal. You’re really collecting for you, not because you think other people might like to see the collection.

Once the collection became so big I did think about getting just a big room and putting the whole lot in there so I could see everything at once, and then maybe allowing people to view privately upon appointment, but then I showed some of my collection to my friend Mark Merrony – who at that time was the editor of Minerva Magazine – and suggested the idea of a large room, at which he replied that the collection was so big and important that people would pay to see it, and that it would be worthwhile creating a museum. 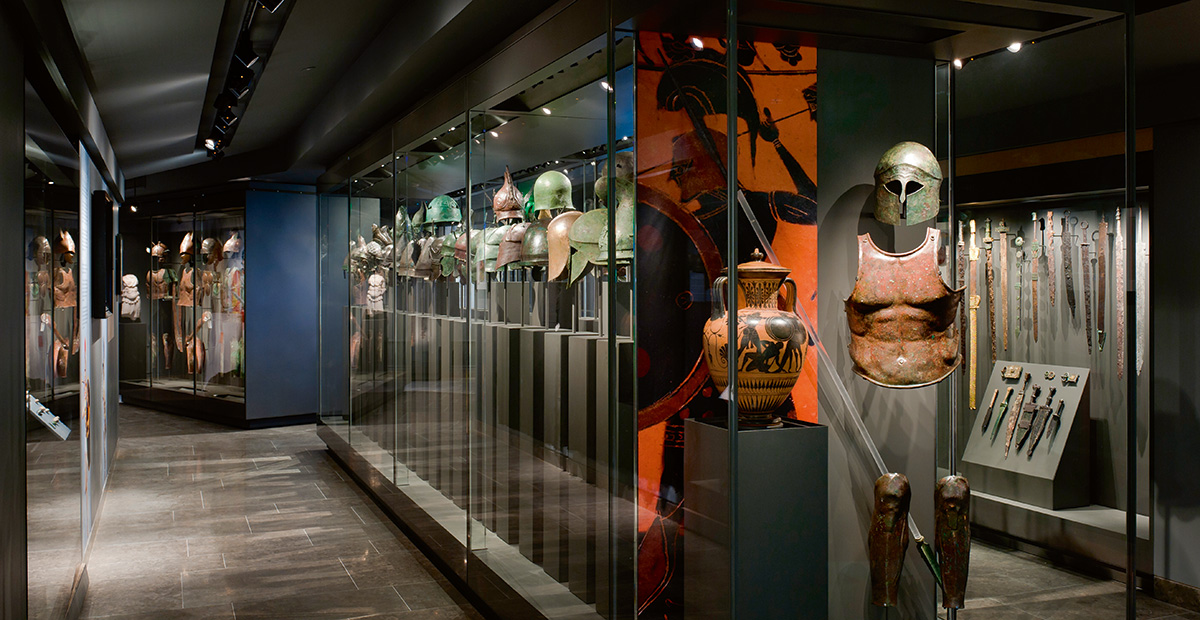 F.1.M. : So Mark was really the one to push you to create the museum?

C.L. : Yes, I employed Mark to help me set it up, and he moved to Mougins and assisted with everything. I bought the building in 2009 and it took two years to fit it out, quite a difficult task with it being Mediaeval. We had an excel spreadsheet of around 800 antiquities and about 100 or so works of art that needed to be fitted in, and we had to work it out quite literally millimeter by millimeter. We gave each floor a theme, and worked on the pretense of giving an interesting story to the antiquities, all the time thinking how it would look to a member of the public just walking through the door.

F.1.M. : I mean, it’s evident as soon as you walk through the door that this is a museum with a difference, it’s not what you expect when you see Musée d’Art Classique de Mougins on the door, as you don’t expect to be faced with works by Matisse, Chagal, Rodin, Dali, Warhol… You really do provide a different point of view about how to view art. When I visited you in London and saw your (other!) personal collection, I started to understand your philosophy of just why you mix modern with ancient. Would you say then that the museum reflects your personal vision of how to interact with art, and were you the first to do this?

C.L. : I think I was certainly among the first; the British Museum held an exhibition in 2009 where they had modern sculptures by Damien Hirst, Marc Quinn and Anthony Gormley placed around the museum, and I thought that was interesting. But the Quinn they had on show was the bronze sculpture of Kate Moss with her legs behind her head, there was no link with the Classical setting. What I wanted to do was something different from that. I wanted to show how the ancient world had influenced artists in the contemporary and modern world. That show didn’t explain that Marc Quinn collected antiquities, or noted Gormley’s interest, and the affect this had on their work. I wanted a Marc Quinn in my museum that reflected just this, which is why I chose his marble sculpture of a blind man with a rather square hair-cut as there is a clear influence from Roman portrait sculpture, as can be seen by its positioning in the museum amongst such artefacts.

F.1.M. : Yes, the many examples of this mixture of ancient and modern throughout the museum is a running theme. Everything is related. My personal favourite is in the Egyptian basement, being immediately faced with a Mummy’s Sarcophagus, and then looking to my right and seeing a Jean Cocteau Sphinx.

C.L. : Look at the Picasso etchings, they have things like Minotaurs on. The Aphrodite cabinet maybe the best example; you have an ancient sculpture of Aphrodite, and you can immediately compare it to Salvador Dali’s bronze sculpture of Aphrodite as a Giraffe, or Yves Klein’s interpretation. This then will conjure up more famous images of Aphrodite such as Boticelli’s Venus, and this is when it becomes more interactive. 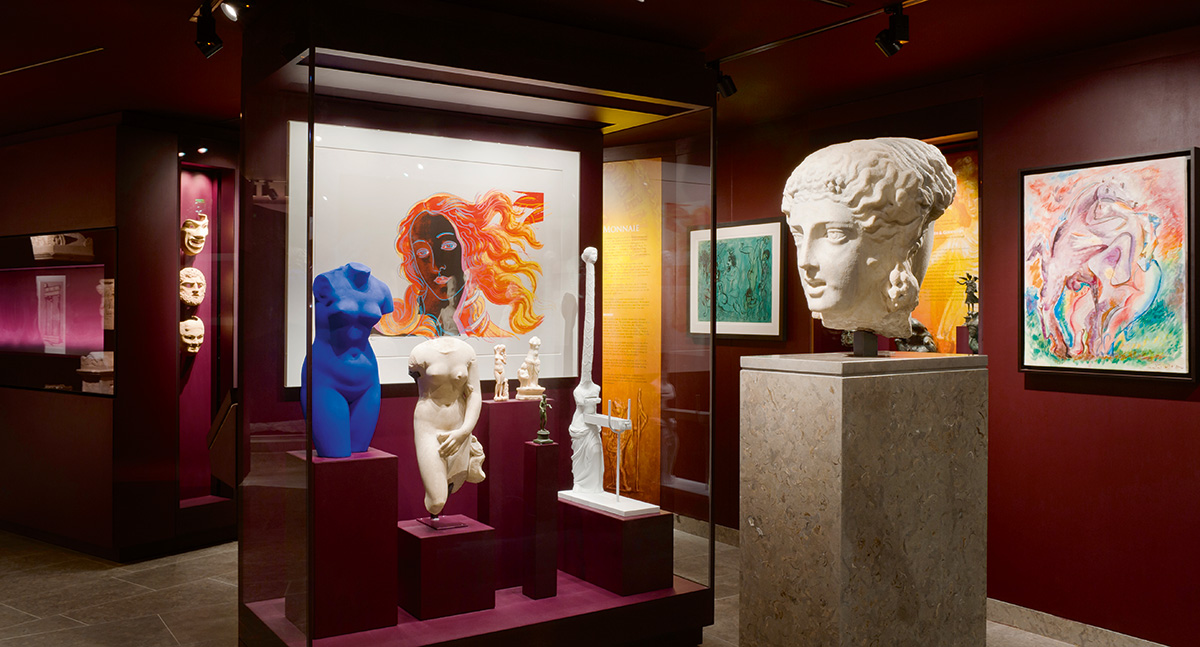 F.1.M. : Do you now buy with the intent of placing the object straight into the museum, changing your mindset to collecting to fill a gap?

C.L. : Not at all. I always have to really like something, that’s for sure, and it’s still very important. When I buy anything, I have to think if it is something I would want to look at and admire in my own home. Sometimes I will buy something for academic reasons, if it’s to go in the armory, for example, to enhance the study of the collection, but that’s something which I would want to own in any case. Of course it is also important to buy quality and for it to not depreciate in value. I still buy objects because I think they are amazing in their own right. Returning to your earlier point of mixing ancient with modern, I think what we have done is unique, the collection is unique, and that’s why the museum has won so many awards.

F.1.M. : The collection aside, what might not be as well-known is the fact that you are truly a pioneer of Mougins, much alike the Medicis of C15th Florence, whose patronage of the arts really put the city on the world stage; the formation of the museum in Mougins has reinvigorated the village, you have created a cultural centre which it so badly needed. Attracting 20,000+ visitors a year makes you a patron in the most classical of senses. Are you proud of that, or being the discreet man you are do you even think about it?

C.L. : I am of course very proud of what we have achieved with the museum. I’ve had a house in Mougins since 2005, so I am no stranger to the area, but it was looking a little tired. The buildings needed renovating, the restaurants needed new management, but the village had, and still does, an amazing art history linked to it as well as culinary. Helping renovate some of the more historic buildings in the village, as well as the advent of the museum, I am proud to have helped put Mougins back on the cultural map.

F.1.M. : It is a surprise, especially when you look at the list of those who once called Mougins home: Man Ray, Jean Cocteau, Christian Dior, Edith Piaf, and most famously, Picasso.

C.L. : Well I did also help with getting the money together to help renovate the church at Notredame de Vie, and allowed my collection of photographs of Picasso in his villa to be on permanent loan there. I also sponsored their first musical festival, as well as the two Mougins Monumental Festival of the arts. I am proud to have been involved in that and highlight once more how important Mougins is in the history of art. Since my own renovations more people are taking charge of making sure this wonderful village doesn’t go back to ruin, and it’s really looking great now. 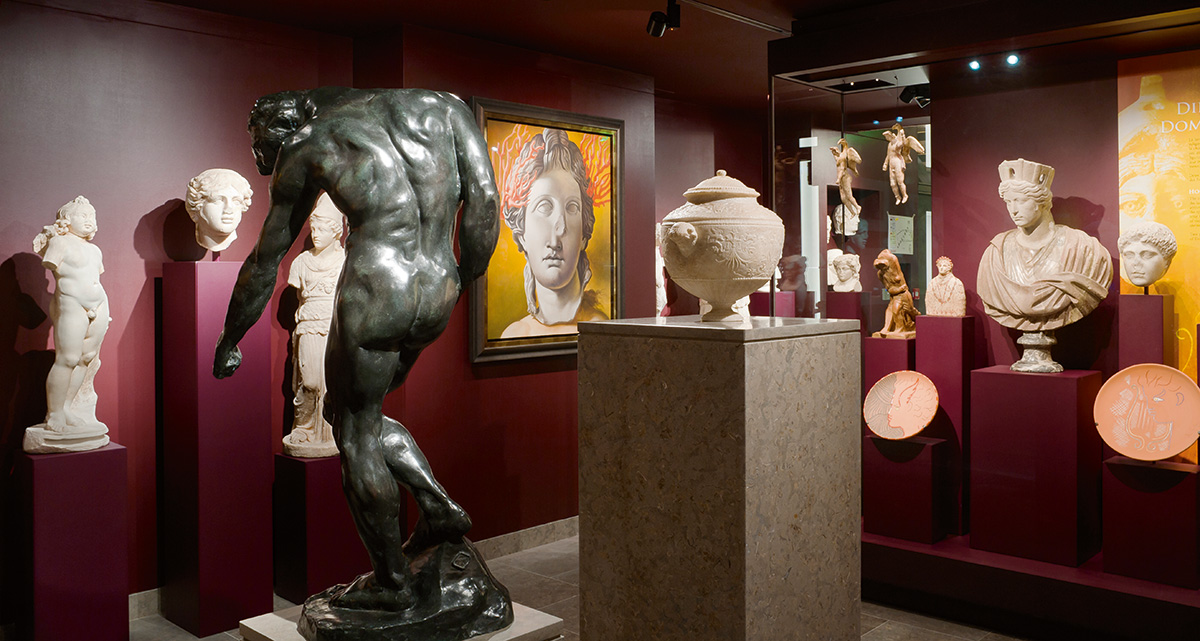 F.1.M. : So the choice of Mougins for your museum was no coincidence?

C.L. : It was a no brainer. Pick up any book talking about C20th art, and there are many mentions of Mougins. It’s famous all over the world because so many famous artists lived here. It just felt like the village had been forgotten. I wasn’t trying to make a small village in the middle of nowhere famous, but I was taking an unbelievably famous village that just needed to be brought back to life. I didn’t have to create anything new, just renovate something that was already there.

F.1.M. : And you did so in a very discreet and elegant way. Again, was it important to you not to have your name as part of the museum’s name?

C.L. : The Frick Museum in New York, the Wallace Collection in London, even the Ashmolean Museum in Oxford dating back to the C17th being named after Lord Ashmole… I’m a nobody really, I’m just a guy that’s made a lot of money trading and so I wasn’t comfortable putting my name on it as I didn’t think people would come because of this. I want people to come because it’s a Mougins museum, and Mougins, along with other Southern French towns such as Nimes, Arles, Nice, Marseille, these are all ancient towns dating back to ancient Greek outposts. In fact Roman remains were recently found on the hill of Mougins. Let’s tell the story of the area, and let’s tell the story of ancient art and the modern that it inspired. So who cares about me!