In the June 2008 issue of Superyacht Business, Bransom Bean quoted Espen Øino: “It is always important to evolve in life. When it comes to yacht design,  however, the fundamentals really remain the same.”  The man who “never does any marketing,” is heralded as perhaps the world’s greatest yacht designer.

F.1.M. : We are here with Espen Øino the famous yacht designer. You will be lauching the new 77m mega yacht Smeralda by Silver Marine, and later on, the Stella Maris, a 72m by Viareggio Superyachts. This kind of market does not seem to suffer from the world recession.

E.O. I think the large yachts market has responded very differently to the world crisis as compared to the smaller yachts. To be clear when I say smaller yachts, I mean the ones with an overall length of perhaps less than 60-70 m². I think it is a trend that you can find not just in yachting, but in the sort of top of the range high-end markets such as real estate, high-end jewelry, watches, and high-end cars. At least it seems to be a reoccurring trend that the most expensive cars are still sold, the most expensive apartments, estates and houses still sell well, and I think that we see the same pattern in yachting. Thus, bespoke yachts of say, more than 70 meters and so on, had a much better response in the crisis than the smaller more mass produced yachts.  We are very fortunate in as much as we are already in the larger bespoke yacht design market, so we have fared reasonably well through the aftermath of the crisis of 2008.

F.1.M. : In the scenario that we have, the new Monaco Yacht Club is growing in front of your eyes, your office overlooking the yards. Apart from the obvious noise, what’s your opinion about the new structure?  Have you seen the project, and how do you think it will influence the Monaco and world yacht scene in general?

E.O. Well, apart from the fact that we have to endure the noise as we have for the last two years (laugh), because our offices are very close to the new Yacht Club, we are happy that it is moving on to this side of the Port because it will be even closer to our office where I spend most of of time.  Therefore I will be able to reach the facilities and utilize them even more than I do now. Being a member of the Yacht Club I do appreciate everything they do, not just on the sporty side of things, but their arrangements and regattas, and training the young. They steer them into sailing and prepare these youths to win championships.  From my perspective as a professional in the yachting industry, there are also a lot of seminars being organized by the Yacht Club that are attended by a wide range of professionals, such as myself. The facilities that they have for the moment are too small on every occasion, and they soon are filled up. I think that the amenities at the new Yacht Club will be able to welcome all the participants of these seminars in a very different space.  I am sure that with a designer such as Norman Foster and with the input of D’Alessandri  and his whole team, it will be fantastic. I think that Monaco is in the position of establishing itself as a real center for the yachting world. Every year it seems to attract more and more owners, yachtsmen, and professionals, and it is befitting that this new Yacht Club will come into being, and will further emphasize the important place Monaco already has in the yachting world.

F.1.M. : You may answer this, if you wish. Could we mention maybe the economics of a structure such as the Yacht Club and the impact that this will have? Since it attracts many more owners and professionals, it can also have a primary role in the economy of the Principality and the whole region.

E.O. Of course, any investment that comes into Monaco will inevitably leave some money behind. In this respect, I think that the amount of money that is left behind is often underestimated by the general public, who might not be aware of what it takes to run an ordinary yacht. An average size yacht, of say 70 meters, has a crew of up to 18 to 20 people who eat and drink every day. Stocks of wine and fuel for the boats are also large expenses. In addition to the guests who require food, many other services are included like pressing, dry cleaning, flowers, gifts, etc. Guests come to Monaco for the shopping and its restaurants. I think in general that every yacht that visits Monaco is leaving more behind, and this is a good thing. I am sure that the new Yacht Club will attract even more yachts and yacht owners, the results of which will give Monaco’s economy a great boost. 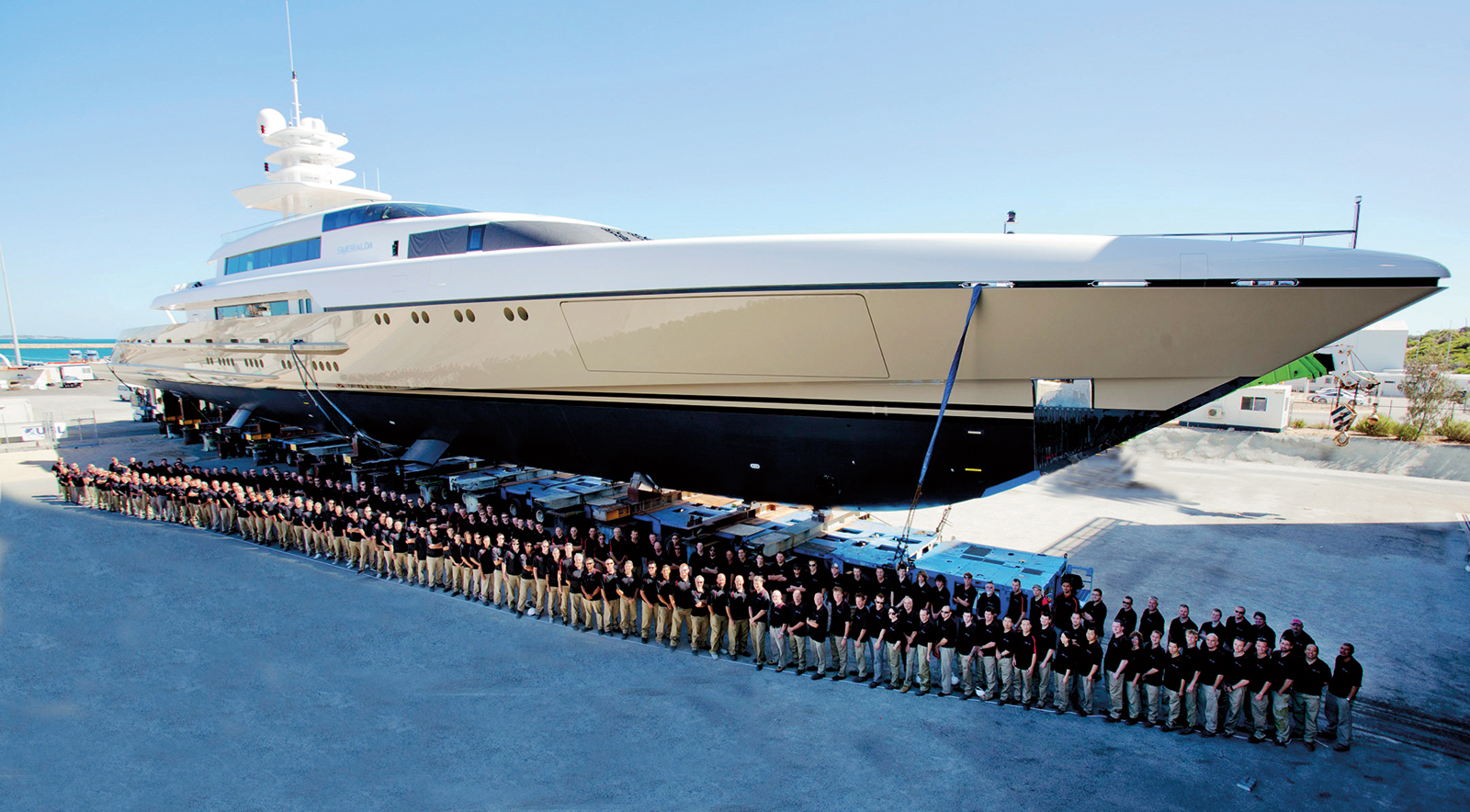