He’s the most emerged of the emerging French designers with a keen eye on the ‘eighties, but for his brand he chose his mother’s maiden name, after she suddenly and sadly passed away. The new brand brings together t-shirts and sneakers with super-feminine dresses with a surreal feel.

“My name’s Simon, I love blue and white, stripes, the sun, fruits, round things, life, poetry, Marseilles and the ’eighties” he writes in his Instagram bio.

Jacquemus is made of simple things, He loves France as everyone loves their native land, without falling into the trap of nationalism. For him, France, and even more so Marseilles, are home. In May 2017 he inaugurated the exhibition “Marseille je t’aime”, at the same time as his first book of the same title, encapsulating Simon Porte’s vision of his nation, of life, the sun and the flowers. 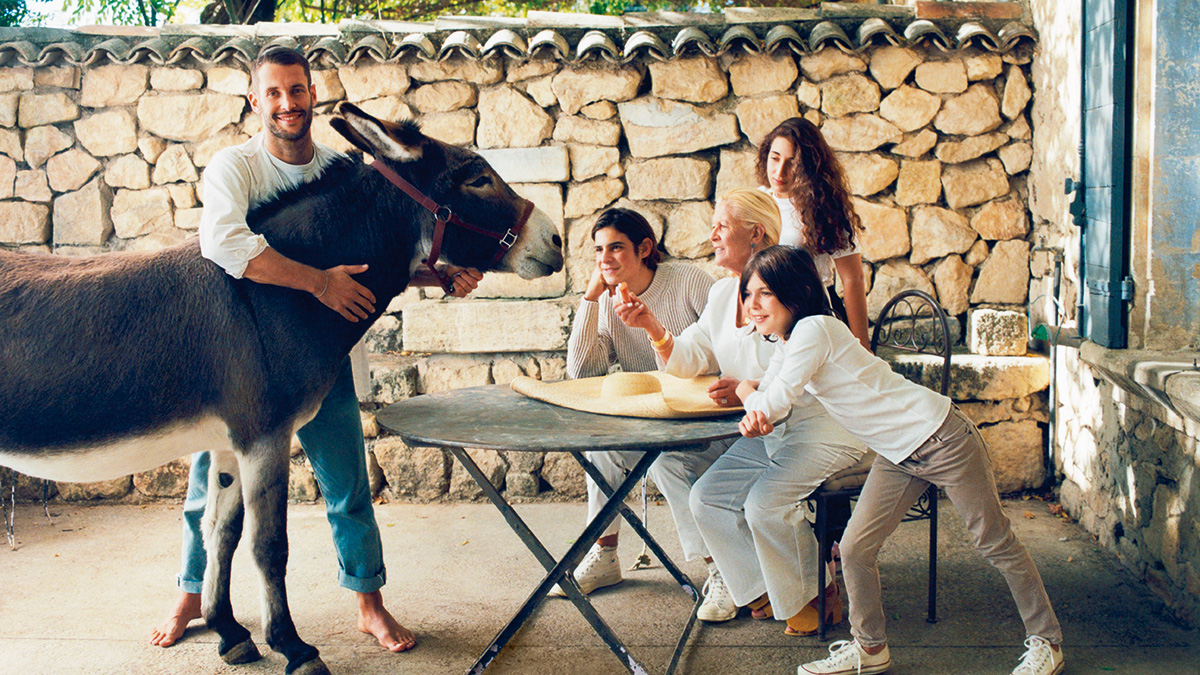 “I fell in love with Marseille when I was an adolescent”, says Jacquemus over the phone. “I grew up in the country, I was obsessed by Marseilles and the sea, and I loved coming for the weekend to take a swim. The city is always so special for perfect days with nothing to do but gaze at the sea and eat fresh tomatoes. The simple life”.

His goal is to “make people smile more, and get them singing in the streets”. Simon Porte is neither the Stylist-Artist aiming to create works of art, nostalgic for haute couture, nor the streetwise creative who thinks elegance is out. Simon Porte seems to have understood what is more often than not lost when reasoning about fashion, struggling to justify it or find who-knows-what hidden meanings in it.

Fashion is above all clothing, and so aesthetics, beauty. In recent years we’ve become increasingly convinced that “the medium is the message”, like Marshall Mcluhan says, as if it’s more important to communicate something through the clothes than to actually wear them. It’s true, clothes have always had meanings that go way beyond the simple concept of cover. But they can still be just clothes and nothing more. They can even be something beautiful to show off, touch and experience. That’s where the magic of Jacquemus lies: his clothes are simply beautiful. They’re not conceptual works flaunted only at fashion weeks and never worn again. They’re clothes to wear, and in 2018 that’s not as obvious as it sounds. “I create stories and clothes for freedom”, he declared at his last backstage – woman “freed from the current logic of fashion, at a fairly accessible price and without any notion of structure, the clothes are a true countertrend”.

Clingy tops, fleeces, shorts, printed t-shirts transform into the perfect clothes for a young woman on vacation in the south of France, melancholy and introvert. An innocent, naïve Lolita in an atmosphere reminiscent of an Eric Rohmer film from the ‘eighties like “Pauline à la plage” or “L’ami de mon amie“.

His men’s debut came in June this year with a line entitled “Le Gadjo”, a word from Gypsy culture. And it’s certainly the case to say: the collection is a homage to his childhood memories bound to his native city of Mallemort and his very first visits to the beach at Calanque de Sormiou, chosen as the location for the show.

A line “sans chichi”, straight to the point with no messing around.  This translates into a variety of different men. White or blue cotton overalls, with the logo embroidered on the left breast, the fleeces with boxer hood, football tunics in precious yarns with silk inserts for the “sporty type”; a classic striped shirt or polo, cargo-pocket bermudas and a fisherman’s hat for the “adventurous type”; a two-piece trouser/shorts suit with matching jersey or shirt for the “bourgeois type”. All pervaded by a cool – nomad spirit.

Details play an important part: the blue beach shorts coordinated with fluttering trenchcoat and surfer shorts in the same material with orange and yellow leafy patterns inspired by Matisse.

The must-have items, and the base of many of the outfits, are the shirts with prints of sunflowers, Jacquemus’ favourite flower, and the patchwork jersey that looks like it was made stitching together rags.

Each piece of clothing or accessory tells a story, playful and young, with a fresh, naturally effortless fascination, which seems to be characteristic of every French man or woman.

True, like many brands on today’s market, even Jacquemus communicates a lifestyle not just for fashion editors or millionaire rappers: the sun, happiness, rolling in the grass, dancing.

This young designer who in 2010, not even twenty years old, founded his brand and rapidly became one of the most interesting talents of the moment, and one of the most loved by it-girls like Jeanne Damas and Caroline de Maigret, giving every girl in France that certain je ne sais quoi.