At just barely thirty years old, the reigning passion of this entrepreneur and son of the Princess de Monaco is sailing. The brand’s first ever navigator partner, the young royal brings together his two identities in sponsoring ‘Sail for a Cause’. In short, a personality that could not but appeal to Richard Mille.

This passionate affair with the sea is by no means a matter of chance. For Pierre Casiraghi, sailing is second nature: but it all came into focus for Pierre in 2010 thanks to the experience he gained aboard Tuiga, the flagship of Monaco’s Yacht Club, an institution of which he is today vice-president.

An excellent coxswain, he has sailed on legendary boat models—VOR70, MOD70, IMOCA, GC32, TP 52, Esimit…—and won many high-profile regattas and prizes, such as the Palermo-Monte Carlo (twice in the TP 52 class), the Giraglia Rolex Cup aboard Esimit Europa II, the Cape to Rio Yacht Race (a record that still stands), the Fastnet Race (3rd in doubles category) and the Middle Sea Race (line honours).

In 2016, Pierre put together his own sailing team and acquired a new-generation catamaran to compete in the GC32 category. Christened Malizia (the Cunning), in a charming reference to the Grimaldi family history, the boat represented an outrageous wager: ‘My teammate Boris Herrmann and I wanted to start out straight away with a major challenge although neither of us had any experience with this type of boat. We fixed on the idea of buying one of the new ‘flying’ catamarans.

It was a seriously risky wager.’ The results, however, speak for themselves. Beginning with their very first regatta on Lake Garda, they successfully won several legs, coming in ahead of Franck Cammas, Nathan Outteridge and Ian Ashby, all giants of the sailing community with America’s Cup credentials. Lately, the Monaco duo lined up for the first race of the Globe series aboard the Malizia II, a newgeneration mono-hulled 60-footer. For his part, Pierre belongs to a new generation of skippers; he is a gentleman with no shortage of daring. His main goal at the moment is to participate as a duo with Boris in the Transat Jacques Vabre aboard their monohull. Pierre’s taste for risk, his demanding nature and quest to surpass himself are all qualities he finds echoed in Richard Mille. ‘I am truly amazed by what Richard has achieved as an entrepreneur. He has successfully created a brand that is both original and innovative.’

Pierre’s arrival within the Richard Mille family provides an exceptional opportunity to test the RM 60-01 Regatta and ensure its perfect adaptation to the nautical world, a severely hostile environment due to the corrosive properties of seawater. Speaking of his watch, Pierre shares: ‘I love its architecture, and besides, it’s the first mechanical watch I’ve seen that has bidirectional bezel with compass, a crucial instrument for navigation.’ It is thus entirely natural for him be wearing this automatic flyback chronograph developed for sailing the Seven Seas.

• First navigator to become a partner of the brand 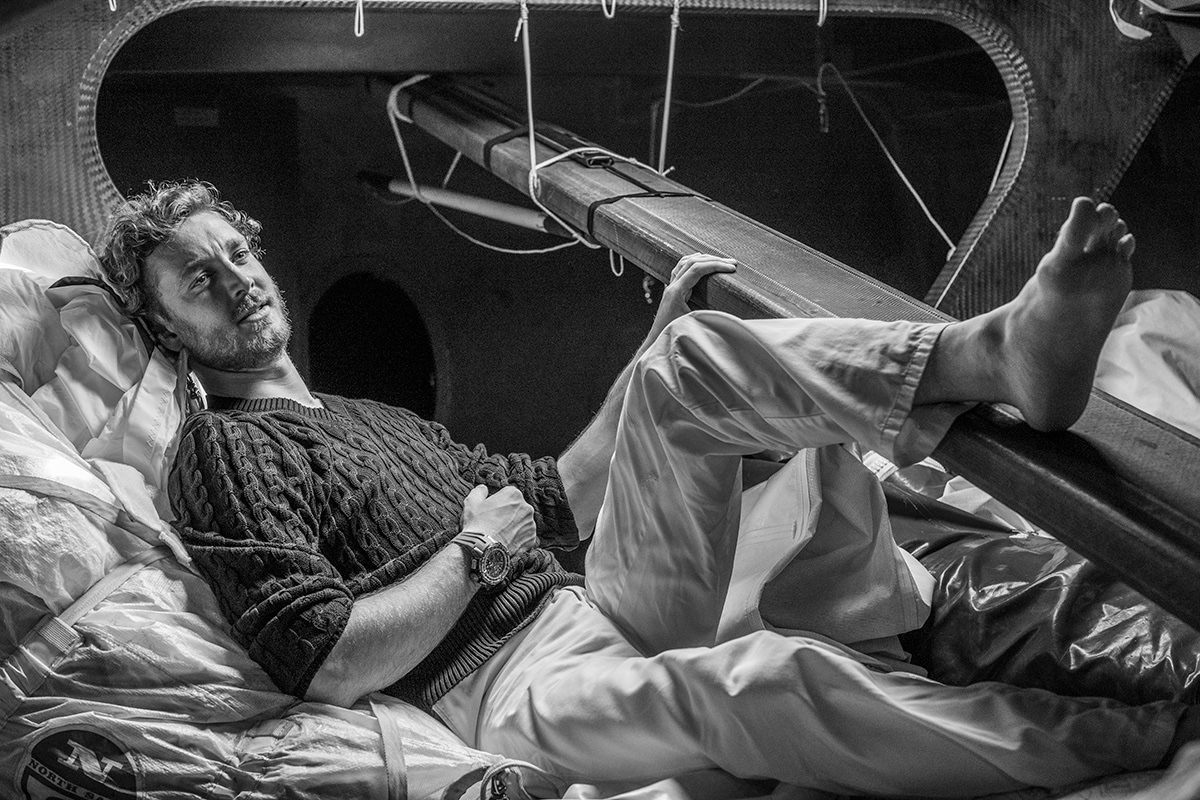