Demiurge, untiring creative and tenacious globetrotter, Enzo Caldarelli is a solitary free-thinker, a visionary master of his own time.

With his latest initiative, the [no profit] socio-cultural project Ethics and Aesthetics, Caldarelli works with numerous international personalities to develop a path of self-awareness on truth and falsity. A lover of nature and the arts, not to mention ineffable connoisseur and rigorous expert in the culinary excellences of the planet (having worked with some of the world’s greatest chefs on various non-profit social projects and shoots to raise awareness about the importance of a healthy and balanced diet), in this ethically sensitive project he uses a vocabulary that while uncommon, is capable of evoking myth and surprise. Starting out from the relationship between ethics and aesthetics, Caldarelli asks where the truth has gone in this age of falsity and fake news.

F.1.M. : How is the Ethics and Aesthetics project structured and what are its aims?

E.C. : The underlying thread of the Ethics and Aesthetics project is seeing the other side of the coin, thinking about the very thin line between beneficial and harmful effects, and how one can degenerate into the other if the harmony between ethics and aesthetics is lost. Many of the great achievements of today are in effect defeats for our health, benefits that eventually turn into harm. The link between ethics and aesthetics is decisive for our way of being because it touches on our behaviour and our style, and so concerns the confines between dignity and good taste. Without ethics, aesthetics becomes superficial cynicism, and without aesthetics, ethics becomes petulant moralism.

The creative work [docufilm / making of / art work – photography] on the obsessions of contemporary living touched on seven particular aspects. For me these are:

“Dependence on video, especially in its portable and interactive versions, while being a precious window on the world it swells our eyes, atrophies the heart, shuts down the brain. The mobile phone is company to the lonely but isolates those in company, reducing our ears to receptacles for the illicit dumping of a mass of superficial loquacity as toxic as nuclear waste. The abuse of pharmaceuticals is becoming more and more the means for moving from one disease to another, curing one ailment but causing another, so clearly confirming their original meaning of poison.

Makeup and plastic surgery over time devastate the bodies they promised to beautify, tucking the ugliness inside like dirt brushed under the carpet of appearance, and then doubling the ageing when the plastic begins to deform. Industrialised junk food, totally cut off from the reality of nature, does not feed us but feeds off us; we convince ourselves we’re eating when in reality we are being eaten by them. And money, ever more abstract and tyrannical, measures all things visible and invisible, itself becoming invisible, like a god. But we are men, not tax registration numbers, we are bodies and souls, not barcodes and credit cards. Many of the things I mention are and remain precious, useful, advantageous; but they become toxic when they become detached from their real purpose, or worse when they separate us from reality, closing us to life and the world at the very moment we believe the opposite. They reduce us to drones, automatons with limited decisional capacity that can be remotely controlled, even without our knowledge. They seem to be made to extend our lives, but in reality are killing us with their easy instalment payment plans”.

The crisis of values in our society has profoundly changed the ways we live, the relationships between people, mentalities and cultures.  In many cases renouncing the symbols and content of civilisation. In my opinion we have to go back to basics.

The latest version of the project is developing in different areas through a self-awareness course ranging between purity and impurity, true and false in the era of falsification.  The result is an impure journey in search of purity, a supernatural myth erroneously sought in nature. Because we are born impure, we live impure, we eat impure and we die impure. Purity is beyond birth, life and death. It is a unreachable ideal. 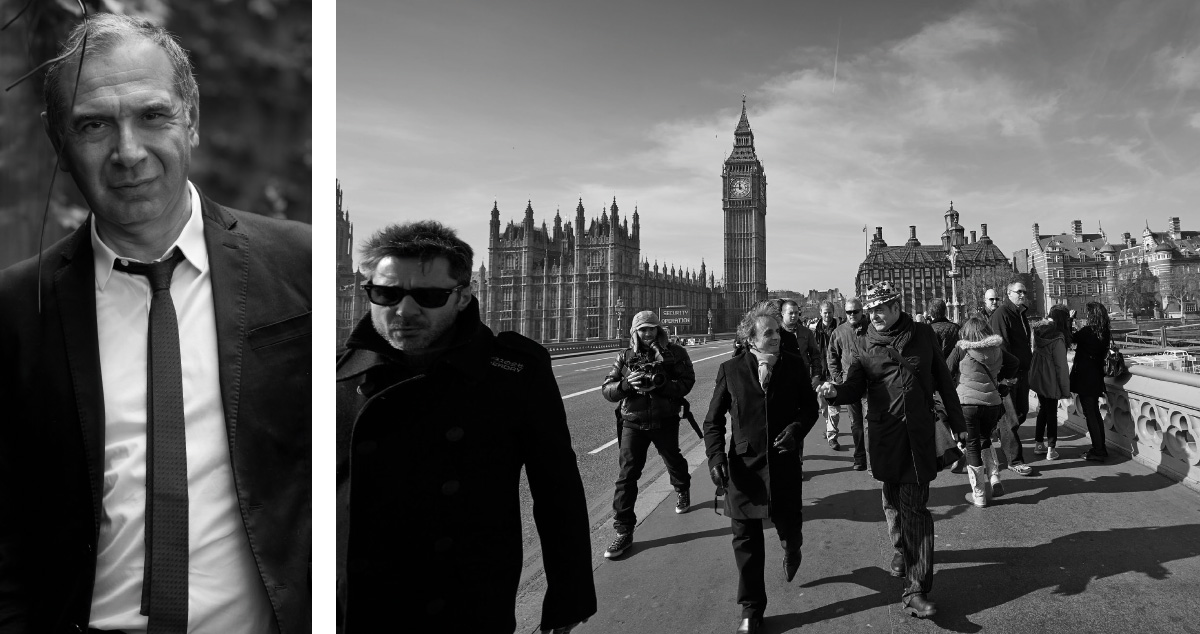 F.1.M. : How do we defend ourselves against fake news?

E.C. : By comparing the sources, never settling for just one and always asking who the news comes from and what interests they may have. There’s always been fake news, and a good defence against it has always been to verify the credibility and honesty of the journalist writing it. And then sift everything with a critical eye.

Very often it’s the materialistic, hedonistic but oppressive vision of the system that wins out. On our path we haven’t found truth; but we’ve showed that all it takes is a passion for it to allow ourselves to find it without the veil of hypocrisy. We have to settle for that, and it’s already something if lies aren’t already in control in every field.

F.1.M. : How did you come to the world of haute cuisine and nutrition?

E.C. : The art of cooking , eating well and healthy food have always fascinated me. As a child I was so used to watching the gestures of great chefs. From age 12 I gave myself periodic escapes alone to see what some of the greatest were doing in Europe. At 16 I was getting to know a horde of great personalities in the culinary sphere on a different level. What interested me was their relationships with the ingredients, the land, their use of hand, the cooking techniques used to exalt, not ruin the products of nature.

F.1.M. : Do you feel you depend on anything or do you consider yourself an ascetic?

E.C. : : I’d like to depend as little as possible on things, situations or times. But being an ascetic isn’t something I aspire to, I’ve got my weaknesses, I like living well and being with others. The ascetic foregoes, but I settle to choose rather than just letting myself go with the flow.

THE F WORD !!!! IL FASCINO FERRARI BY TASCHEN
MANOLO VALDÉS @ CHÂTEAU SAINT-MARTIN & SPA
SUBLIME REVELATION - MURALS OF TIBET / TASCHEN
Orpheus and Eurydice: the Greek myth as the guide toward an understanding of the self.
PLANET EARTH... AU NATUREL
The secret garden of queens and butterflies...