On the occasion of the centenary of the birth of Helmut Newton, TASCHEN books celebrates one of fashion photography’s most controversial and original figures in a limited BABY SUMO edition of the celebrated 1999 SUMO.

He was born Helmut Neustädter, into a middle-class family in Weimar republic Berlin, where decadence and smoky nostalgia were the order of every film, poster, song or cabaret of the day. In love with Marlene Dietrich, so he said, from the time he attended the American School, where he went at the age of 12, he met her years later when they were both in New York and he was to take her portrait.

Newton was known for a signature style of photography. His images, often in stark black and white, were calculated to shock, featuring tall, blond, sometimes naked women in heels, perhaps illuminated by headlights or trapped in a dark alley. Bondage, sadomasochism, voyeurism, murder, pornography, prostitution: each was exploited and explored in his photos over the years. Models were depicted in ways that few readers expected: in orthopaedic corsets, or in wheelchairs, or on all fours wearing a dog collar. That transgressive female icon became Newton’s brand, his boilerplate. He photographed women for Vogue, worked for mainstream erotic magazines like Playboy, and published books of nudes that brought high prices once their limited editions sold out. His photographs challenged what was commercially publishable in the 1960s, and when fashion needed some frisson, he could usually provide it. 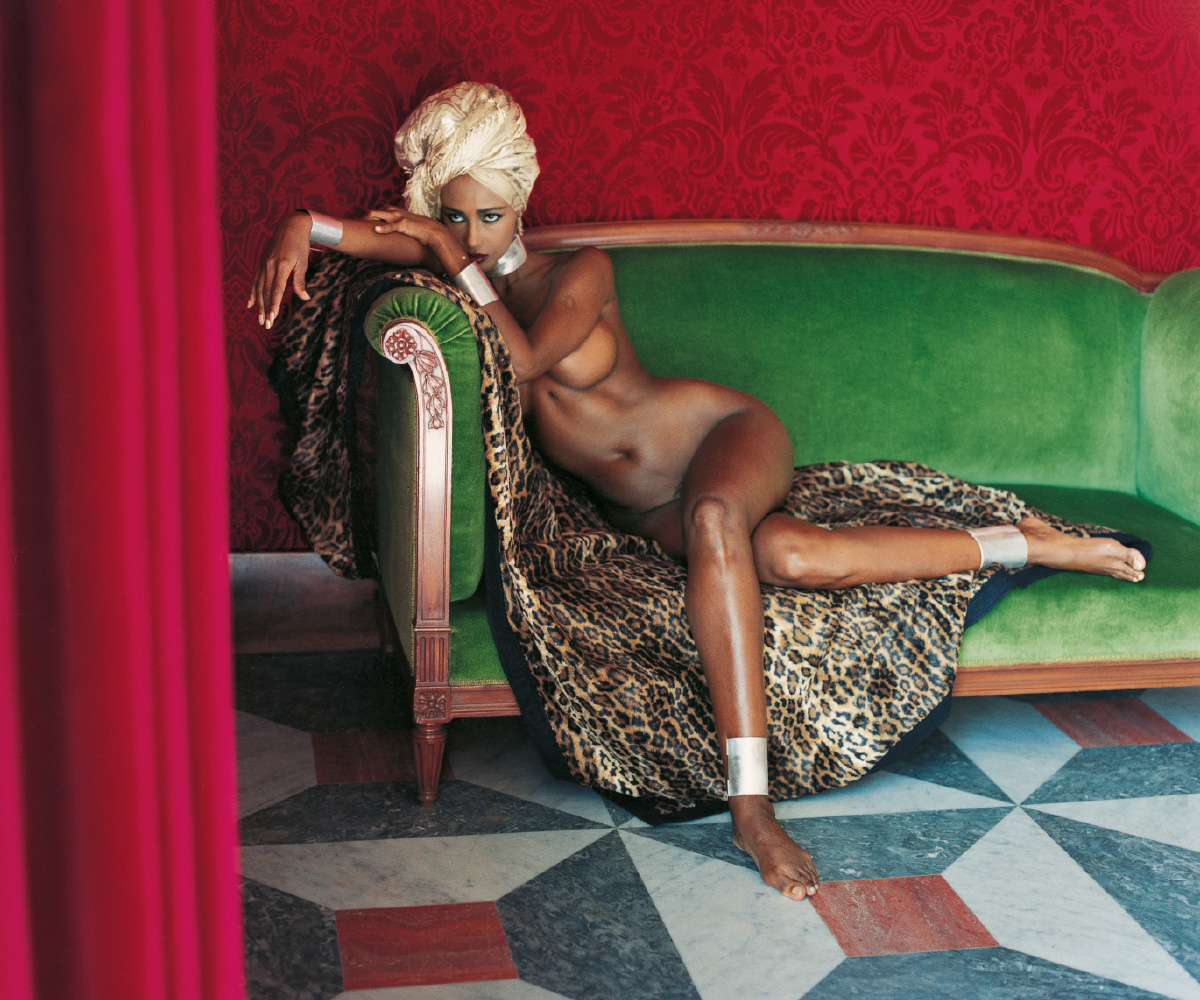 Some female critics, including well-known German feminist Alice Schwarzer, decried Newton’s nude women photographs as “sexist to the point of racist and fascist.” His detractors gave him the monikers “King of Kink” and “Prince of Porn”. Guided by a passion for the strength and allure of the female form and an unquenchable taste for the risqué, Mr. Newton reflected the sexual revolution of the 1960’s and 70’s, which coincided with his rise to fame. He photographed some of the most beautiful women in the world in poses that emphasized their sexuality, often with an accompanying sense of danger and violence.

By 1975, Newton was exhibiting his fashion portraits, both in colour and black-and-white, in New York, Paris and Amsterdam. Japan soon followed, and the popularisation of his particular fetishistic interests extended to global tours.

The meticulous quality of his work, and his success in crossing fashion with transgression, guaranteed Newton’s inclusion in major collections such as London’s Victoria and Albert museum, the Bibliothèque Nationale and the Musée d’Art Moderne in Paris, the Nikon Photo Gallery, Zurich, and New York’s Museum of Modern Art and the Fashion Institute of Technology. In the US, Newton was represented by the gallerist Xavier Moreau, whom he took – in a rare portrait of a man – swathed in a large black coat and behind black sunglasses, his “girlfriend” across his lap, naked but for her black bra and stilettos.

Newton, 83, died on January 23, 2004 in Los Angeles when he apparently lost control of his car and it crashed into a wall. He was laid to rest in the Friedenau cemetery in his native Schöneberg district, just four plots away from where screen legend and fellow Berliner, Marlene Dietrich, is buried.

Dear Helmut, the layout finalized by June looks terrific. It will be the coolest photobook ever published… and it will be a milestone for generations of photographers… (Benedikt Taschen’s Email to Hehlmut Newton)

Created on the occasion of the centenary of Helmut Newton’s birth and TASCHEN’s 40th anniversary, this spectacular new edition edited by June Newton is now available. Shrunk to exactly half the size of the famous 1999 original, the “BABY SUMO” is no less glamorous: With more than 400 breath-taking images, reproduced and printed to the latest standards, it still has all the scope of a private exhibition of photographs. It is likewise published in a limited edition of 10,000 copies and comes with a detailed booklet documenting the making of this major publishing event. Philippe Starck has once again designed the accompanying book stand, this time including a pedestal, as an ideal way to display the volume.

THE GOSPEL ACCORDING TO NAOMI CAMPBELL
WHAT REALLY COEXISTS IN THE SAME MOMENT?
LIVERPOOL'S ROYALTY ON POLAROID
DAVID YARROW
WHO DO YOU THINK YOU ARE DAVID BAILEY? EAST END BOY MAKES GOOD
PLANET EARTH... AU NATUREL