Have you ever happened to stop and look at the people moving around you, and been fascinated by the idea that in exactly the same place as you, at the same time, they’re all living lives completely different to your own? Or have you ever happened to think about the fact that on the precise spot you’re standing, other people have stood, and others will in the future, in their respective frames of existence superimposed on your own? How can we feel so separate if the only real separation is given by light and time? The latest addition to the extraordinary TASCHEN Collection offers perhaps an answer, or at least a vision, into these existential questions, in a masterpiece of photography.

Photography can be defined as the recording of a single visual moment, frozen within an instant of time. Each instant, each photograph, represents a tangible piece of our memory as time moves on. This is possibly one of the most fascinating aspects of photography: its capacity, even if in an ephemeral sense, to freeze the passage of time. 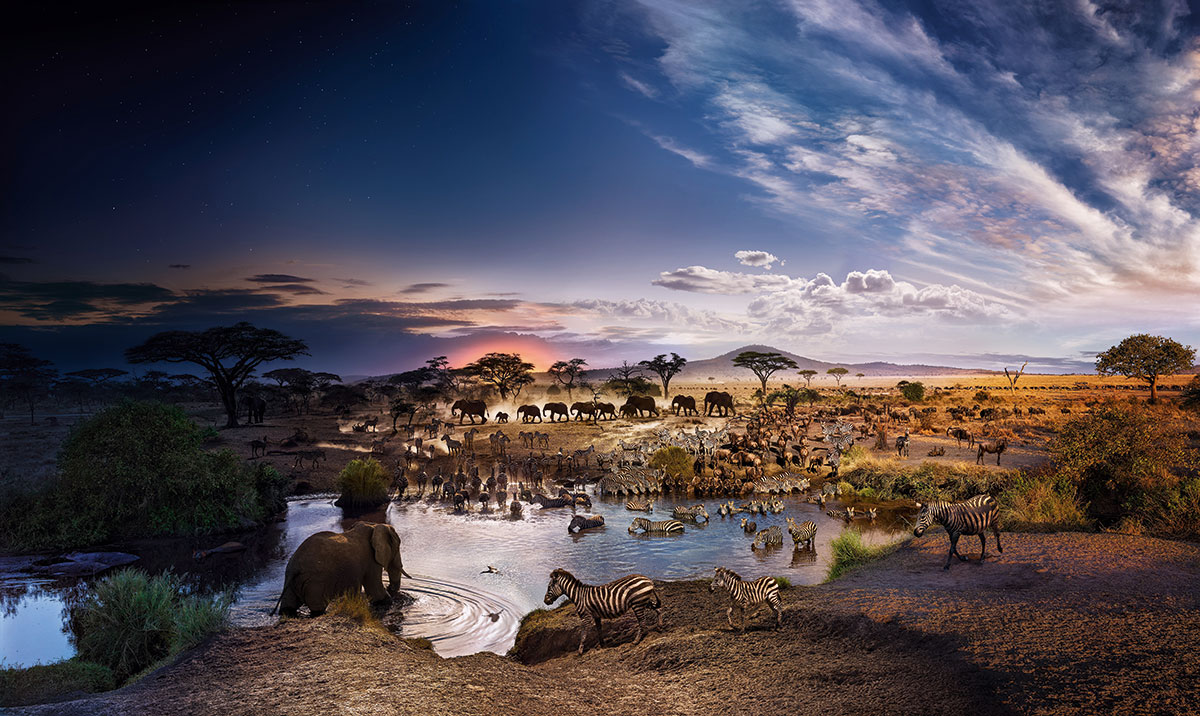 American photographer Stephen Wilkes posed himself a deeper question: “What if I could capture more than just a single moment in the same photograph? What if a photograph could actually collapse time, compressing the most representative instants from day to night, seamlessly into one single image?” In the photographer’s own words, this was the question that changed his entire approach to photography, which he firmly believes will alter our perception of the world we live in. His technique is fairly simple: pick a place, a viewpoint and then stay there for somewhere between 12 and 18 hours, or more, and just keep on shooting. After a session like this, Wilkes has gathered something like two-thousand photographs. Then he starts the hard part: the laborious task of selecting each one of the shots that, once seamlessly superimposed, create unique images capturing the energetic ebb and flow of people at different landmarks from dawn ‘til dusk, freezing an entire day in a single frame. 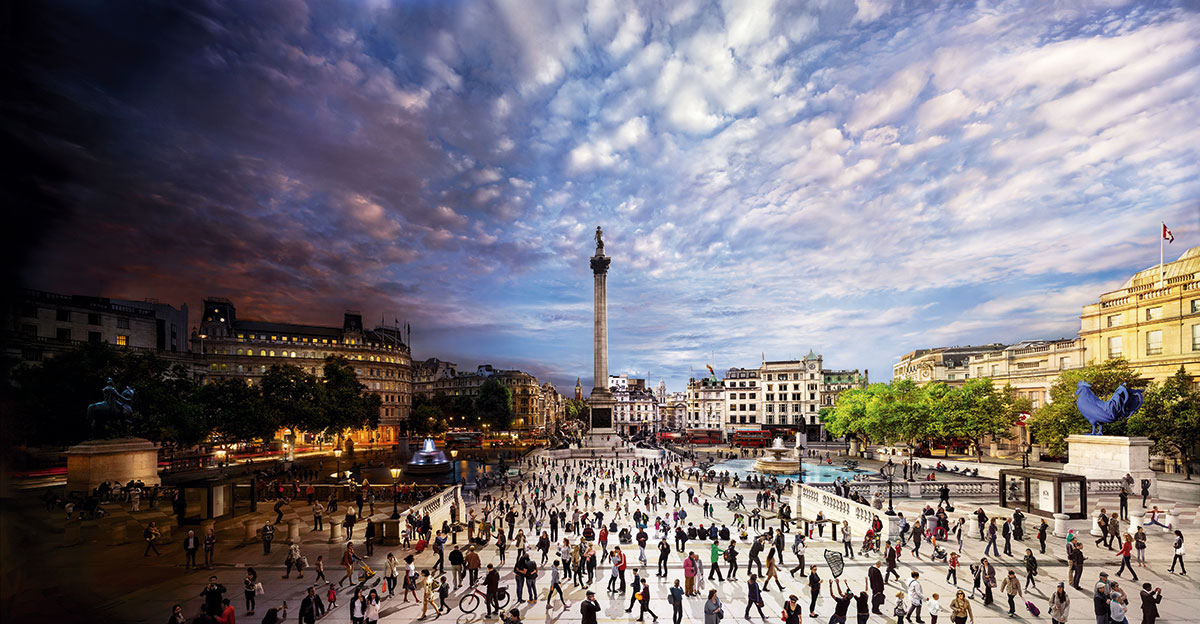 Trafalgar Square, London, 2013 (can you spot the couple embracing amid the flux of pedestrians?)

Not only people, but animals. Take the image of the Serengeti Park on the previous page. It has so much to teach us. Competing species sharing a single resource, water, over the arc of a day. The very resource we humans are likely to be going to war over within fifty years… The concept of coexistence runs deep in all the photographer’s images. While absolutely spectacular, Stephen Wilkes’ photography is highly introspective in many ways. His pictures are portraits not only of landmarks, but of group behaviour, random incidents and humble routine. The landmarks become a shared heritage, not as frozen and immutable, but as powerful images of living, evolving humanity.

LIVERPOOL'S ROYALTY ON POLAROID
WHO DO YOU THINK YOU ARE DAVID BAILEY? EAST END BOY MAKES GOOD
DAVID YARROW
PIERRE FROLLA - THE HEART OF THE OCEAN
"sguardi"looks through the handsof max cardelli
MIKHAIL BARYSHNIKOV - DANCING AWAY