Both dystopia and utopia are human constructs, and as such can be dealt with on a human level by a creative spirit who can either exacerbate them or contemplate how they could be transformed. This is the source of Demna Gavsalia’s awareness of the need to create collections with strong ties to reality, leaving no space for the aesthetic loopholes of fashion.

Notwithstanding our collective efforts, when we look at the word around us the landscape looks very different to what we’d like. The dream of fashion rising, rising again and then falling over the last twenty years, has given way to an omnipresent, insistent fear. That ours is a reality short of expedients sufficiently convincing to mitigate its hardship. At this point, the utopia of fashion we first defined then obsessively followed through the aesthetic trends we attempted to create, has revealed itself a dystopia. An intrusion to be avoided. Finding a vein of optimism in what we’re being offered during this extended period of lockdown, or a ray of hope to distract our gaze even for a moment, has become a systematically impossible challenge.

The fashion houses themselves and their marketeering systems strive to force interactions with customers through captivating promotions, but often to no avail.

At this conjuncture, the answers we’ve been seeking in these years of obsessive accumulation of clothing, much of which forgotten on the shelves of wardrobe, could be found in the illogical realm of creativity, long considered the antithesis of reason and fashion’s utopian alternatives. 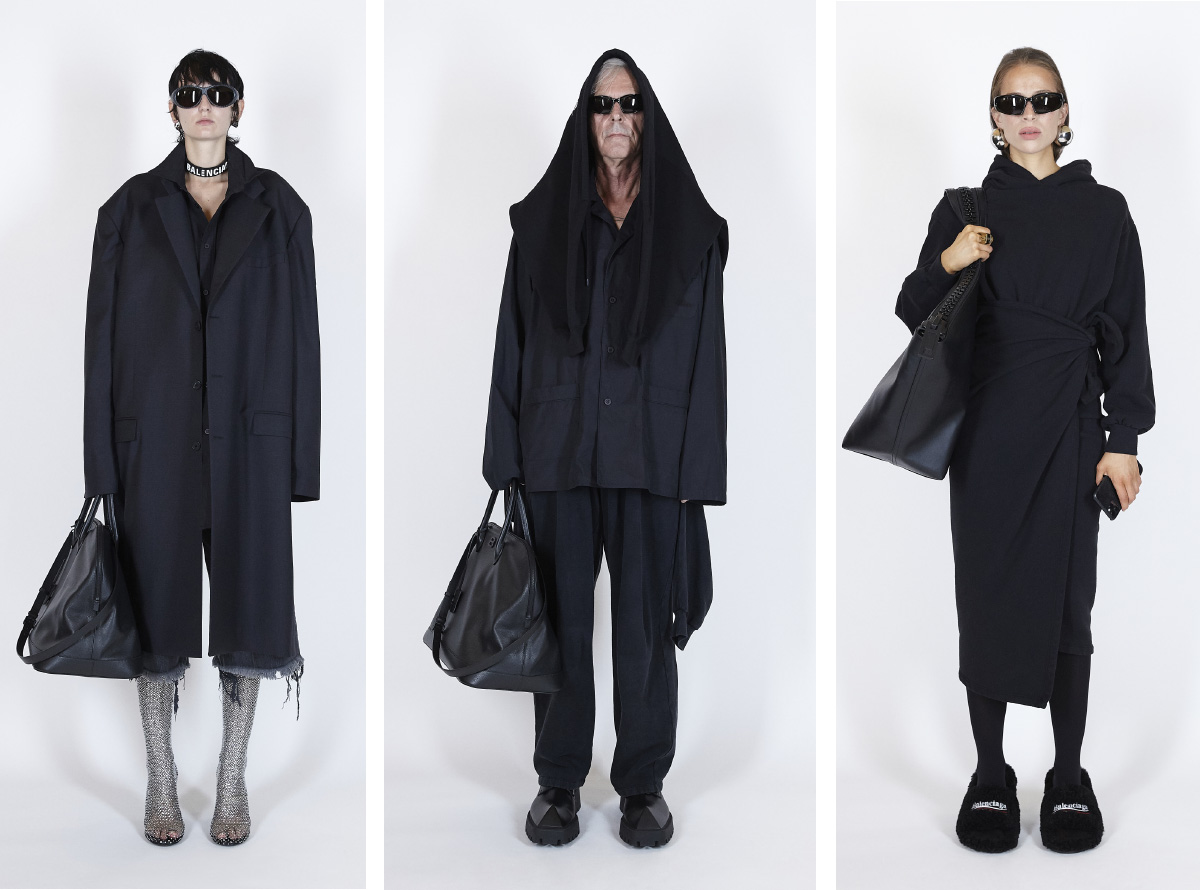 On the battlefield of fashion, this acute imbalance is confronted in every creative process; processes, as everyone knows, not moments of abstraction but of total immersion in the reality that surrounds us. Indeed, ever more often the final concept of a collection, as presented at the moment of the show, bears little resemblance to the original concept, proposed as the first step in a series of activities, of which only the next step is known.

Demna Gvsalia, Balenciaga’s creative director, is perhaps spokesperson of an underground style that sees this dystopia simply as a latter-day deviation to be mitigated, re-formed and encapsulated into a composite creativity that pays tribute to the fashion’s very origins by covering the evident, ultimately disorienting chaos the customer is normally subjected to.

His creative process is based on forward-looking vision and pure art, where both utopia and dystopia are human constructs, and as such necessarily relative to the imaginary, the concept of abstraction. Abstraction wouldn’t be so hard if we could choose to abstract in a negative or positive sense, and it’s on this choice that Demna works, offering precise results with due concession to art and the need to dress, to create a present capable of transposition into a future. 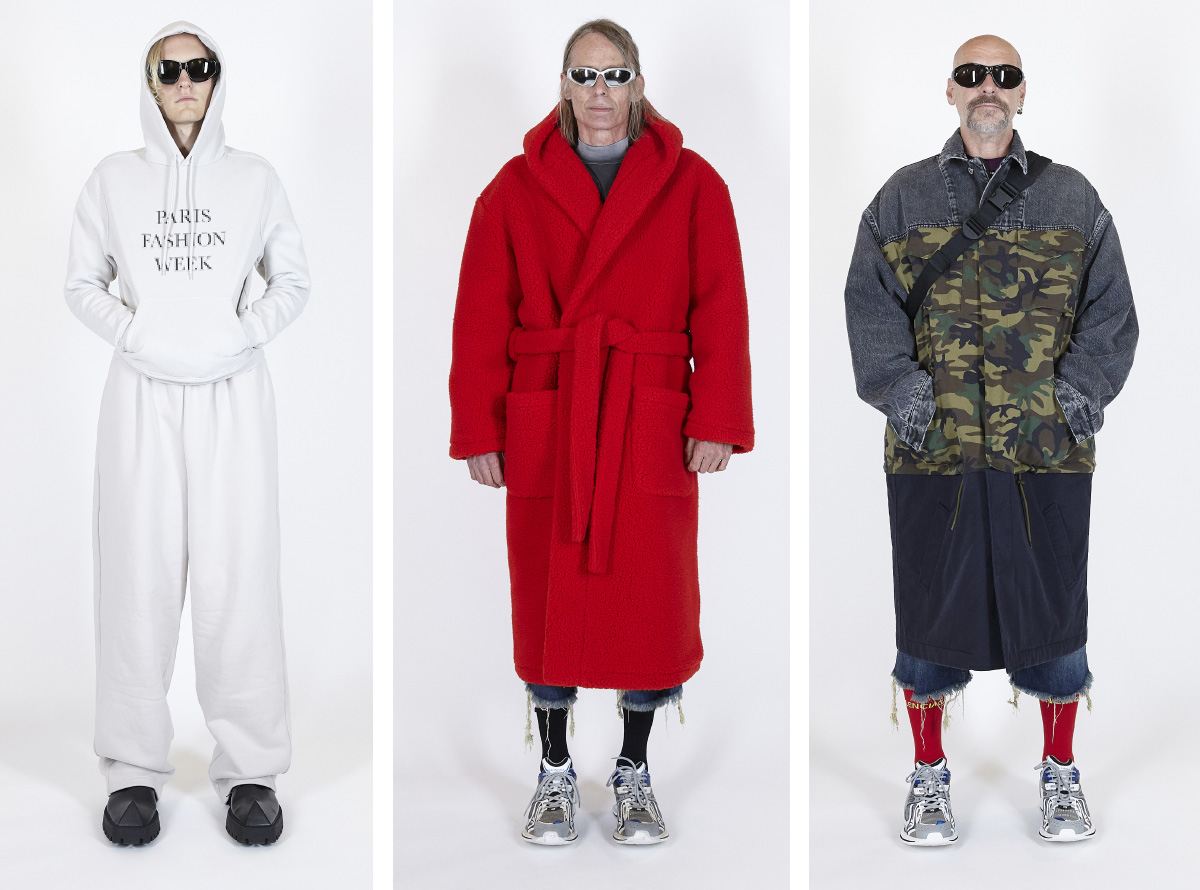 Playing with the proportions of the garments, taking them to extremes, distorting them, altering them always with veiled but incontrovertible pragmatism, Demna Gvsalia for Balenciaga brings the weapons of freedom, synthesis, imagination and free will to bear on the temptation of boredom, confusion and celebration of a non-existent aesthetic.

“I’d like to see our garments in the wardrobes of women who don’t care about fashion, but about themselves and their own needs,” says Gvasalia, who’s already delivered the collection to the best international boutiques. Though heavily stylized on the catwalk, his approach is in fact contrary to the absolute styling currently prevailing everywhere: hence he doesn’t focus on the assembly but the individual piece.

His clients are those who dress in paroxysmal jackets and cowboy thigh-boots, Amazons in oversize overcoats and patched jeans, proud and defiant, ready for the night of any city. The key lies in terse authenticity, fruit of stubborn independence, both methodological and material, of the reality we live and perceive, which can only be faced with a vein of optimism and creative madness, coarse perhaps but certainly encouraging; in the pure creative hope that only an art form like fashion can inspire freedom in an uncertain future.