I met the General Manager of the Metropole Monte Carlo on the top floor of the hotel, in the Suite Carré d’Or. The setting is amazing.  The suite is decorated with furniture in the style of Louis XVI and gives access to a beautiful terrace with the most stunning view of the Casino Square, and the sea.  Every detail is just perfect. And it couldn’t be any different; Serge Ethuin never leaves anything to chance.

With a career that has led him to direct some of the most prestigious hotels in the world, this elegant Frenchman, with a charming smile, has left a strong mark everywhere he has worked.

Graduated in 1982 from the Ecole Hôtelière in Strasbourg, Serge Ethuin spent thirty years in the Hilton Group, receiving the first mandate as General Manager at Hilton Madagascar, before moving to the Eternal City, to take control for six years of the Rome Cavalieri, eventually the first European hotel to become part of the prestigious Waldorf Astoria Collection.

His last stop before reaching the Metropole Monte-Carlo has been nothing less than the Royal Monceau Raffles in Paris, voted in 2015 as the best hotel in France by Trip Advisor.

The arrival of Serge Ethuin at the helm of the most glamorous hotel of the Principality is not surprising, except for the fact that he came to Monaco after spending just over a year in his previous position. 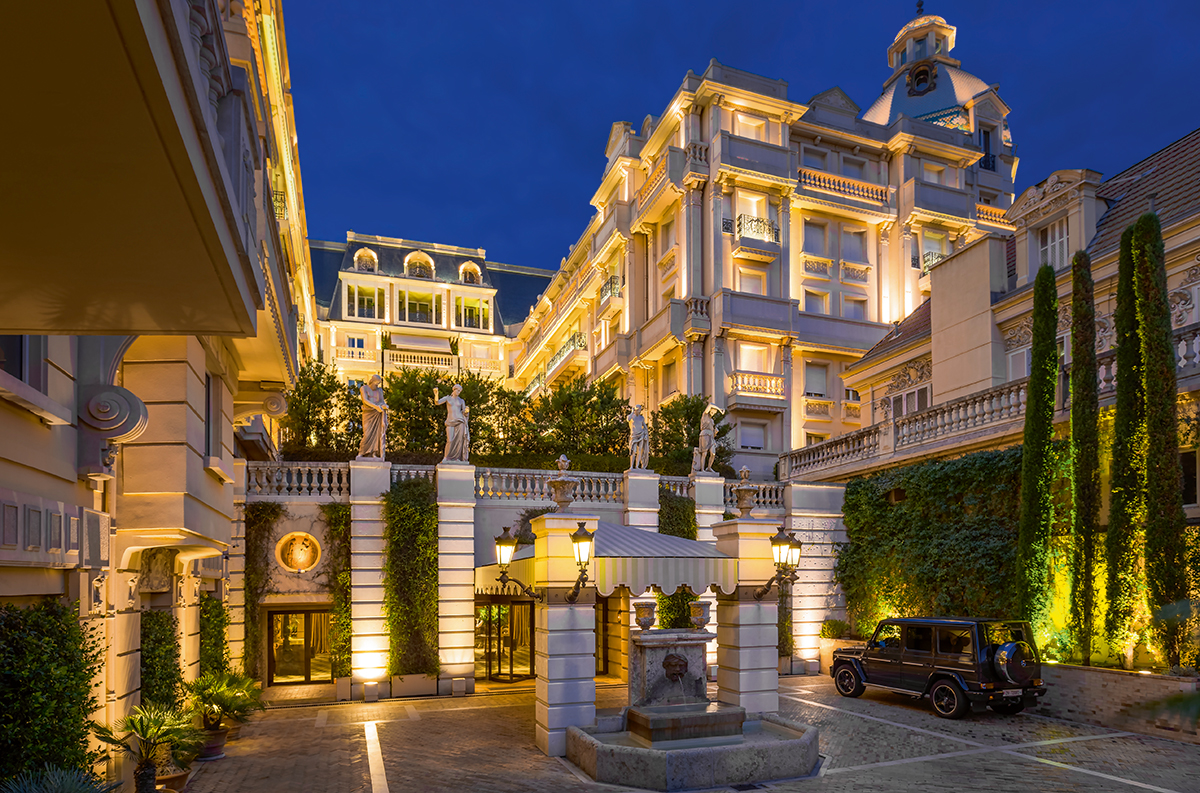 F.1.M. : After having spent long periods of time working with the same companies in the beginning of your career, you have been changing quite quickly in the recent years. A mid-life crisis?

S.E. : No, no! (smiles) It is true that my career has been quite institutional, but sometimes you have opportunities that you simply cannot miss.  That has been the reason for Paris; it is also the case in Monaco.

When you decide to do this line of work, of course you always have a dream place, the hotel that you really want to manage.

In my case, this dream place has always been the Metropole Monte-Carlo. I used to come as a customer and always felt very attached to this hotel.

I had the privilege to manage some of the most beautiful hotels in the world, and I am very proud of what I have done. I am thrilled to be managing this beautiful hotel now.

F.1.M. : Given your achieved results and your extensive experience, one would expect this to lead to a different role in the groups you have been working with?

S.E. : Actually, there was an opportunity to enter the management of a company, but I had to make a choice, and the passion for this kind of work was stronger than the vision of a more strategic or administrative role.

I do love to manage a hotel, to coordinate the team – I do care a lot about them – and to be in contact with the guests.

It is a job with many facets.  You must be mindful of the will and the strategy of the owner.  You must remain open minded to capture all the signs that can let you know if you’re working well or if you have to improve something.

F.1.M. : In that sense, the Metropole is quite unique.

S.E. : Throughout the years this «Palace» – even if in Monaco this category doesn’t officially exist – has taken all the means to become a very unique destination: the interior design by Jaques Garcia, the Odyssey Pool by Karl Lagerfeld, the two-Michelin-star Restaurant Joël Robuchon, one Michelin star Yoshi, the only Japanese Restaurant in the world by Joël Robuchon Yoshi…

I also have the advantage to be in direct relationship with the owner. We hold regular meetings and everything is decided in a straightforward way. I have just arrived and there are still many things to discover, but certainly everything is in place to imagine new and creative proposals for our customers.

F.1.M. :  Monte Carlo is a big destination, but is a small place, especially when compared to Rome or Paris, where you have spent your recent years. Will you miss the big city?

S.E. : Honestly, I don’t think so.  Of course, the Principality is a relatively small place, but do you know that there are more than 3,000 events per year? Including those events, like the Grand Prix, that make Monaco one of the most unique destinations.

Paris and Rome are very different, but both very exciting cities. Monaco gives you a change in scale, but the cosmopolitan atmosphere remains the same.

From a more personal point of view, I must tell you that my wife and I are regulars in the region, so we knew what to expect when I accepted this role.  And we are both satisfied with this choice.

F.1.M. :  The Hotel Metropole Monte-Carlo is surrounded by a number of establishments owned by the same group.  Does that put any pressure?

S.E. : The fact is that every hotel is quite unique.

The Hotel de Paris is unique, and so is the Hermitage, not to mention the more recent hotels.

The Metropole Monte-Carlo has its own specific style and service. Our clients are very loyal, they demand a certain type of treatment and know that here they will find exactly what they are looking for. 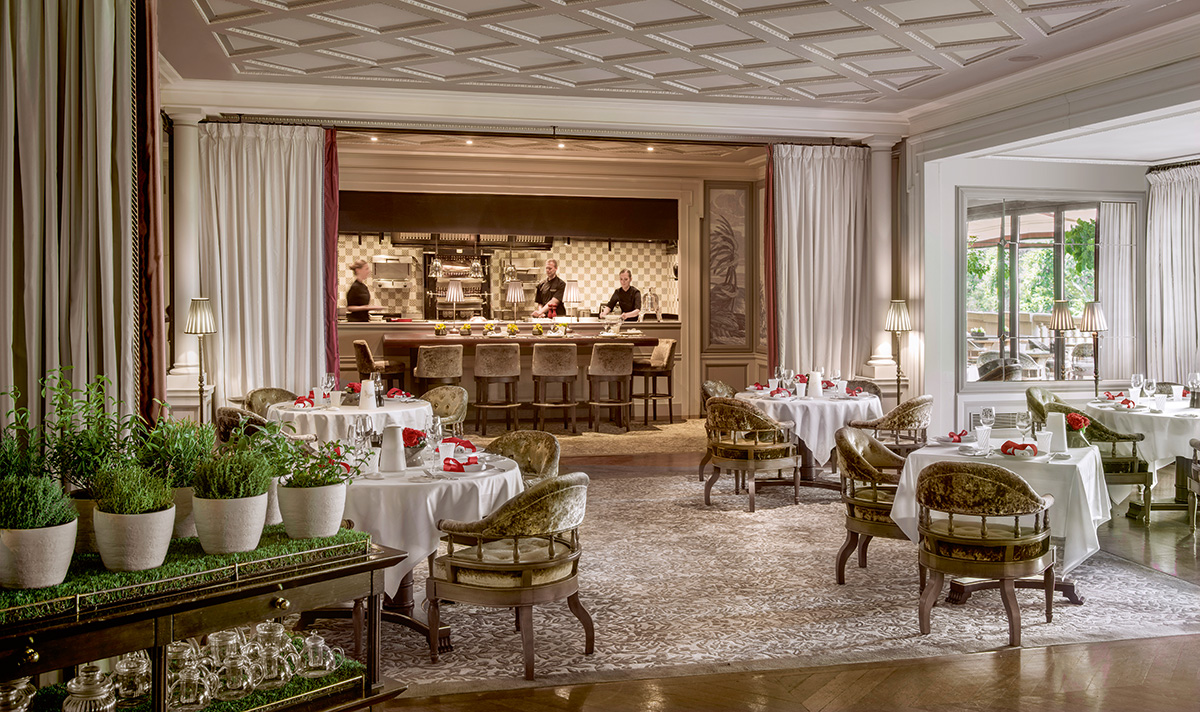 F.1.M. : What is your point of view about the Monaco tourism system in general?

S.E. : As I have mentioned, I arrived only a few months ago, so I will need more time to form a precise opinion, but one thing that is already apparent is that Monaco extends a lot of effort on tourism. The Direction du Tourisme et des Congrès (Monaco Tourist Office) is very supportive, giving us visibility abroad and organizing events in the hotel.

F.1.M. : Monaco is also committed to environmental issues. In this field your hotel has a clear policy.

The Metropole Monte-Carlo has been committed to being green for almost ten years now. We are engaged in our daily activity to control and reduce the use of energy, water, and paper. There is an internal committee that works to identify and suggest new ways to reduce the impact of our activity on the environment.