V.V.Z.: When I started my career, the photo that really inspired me was from Richard Alvedon, he shot it for Christian Dior in 1955, it is entitled “Dovima with Elephants”. This image is elegant and strong, and had a huge impact on me. I always wanted to pay a tribute to this photo, in my own style, with a nude model.

F.1.M.: In the past, you had already worked with animals; for example, in “Horses of Qatar”. However, elephants being very peculiar creatures, tell us about your personal approach to them.

V.V.Z.: I had once worked with an elephant in the past, when I shot Lisa Marie Presley for the cover of my Cartier book in the 90’s in New York.  It’s such an impressive and beautiful animal, and what I really wanted to capture in this session is the contrast between the rough skin of the elephant and the soft skin of the model.

Contrast is something I always try to emphasise in my work, it offers a more dramatic effect to the image. This is of course much more visible in the larger formats of this series.

F.1.M.: What was the interaction between the model and the elephants?

V.V.Z.: She was amazing! When I did the casting at Karin Agency in Paris, the booker told me that there was only one girl who could do the job, Katya.

And I must say she was absolutely incredible during this session. One can only imagine what a tough job it was: we shot for three days, she was naked, she had no shoes on, and her feet were very close to those of the elephants… the interaction was quite amazing.

F.1.M.: In your career, you have shot jewels – small, not animated – and elephants – giants, full of life. Once again contrast is there!

V.V.Z.: This really gives me the opportunity to explain my point of view about contrast. Today a lot of artists try to grab the attention of people by creating shocking images. I don’t think of contrast in this sense, but rather as a way to highlight beauty. I still think art should be beautiful, not provocative.

This series is part of the collections of Mr François Pinault and Mr Laurence Graff, I must say that this is a very significant reward, and makes me very proud! 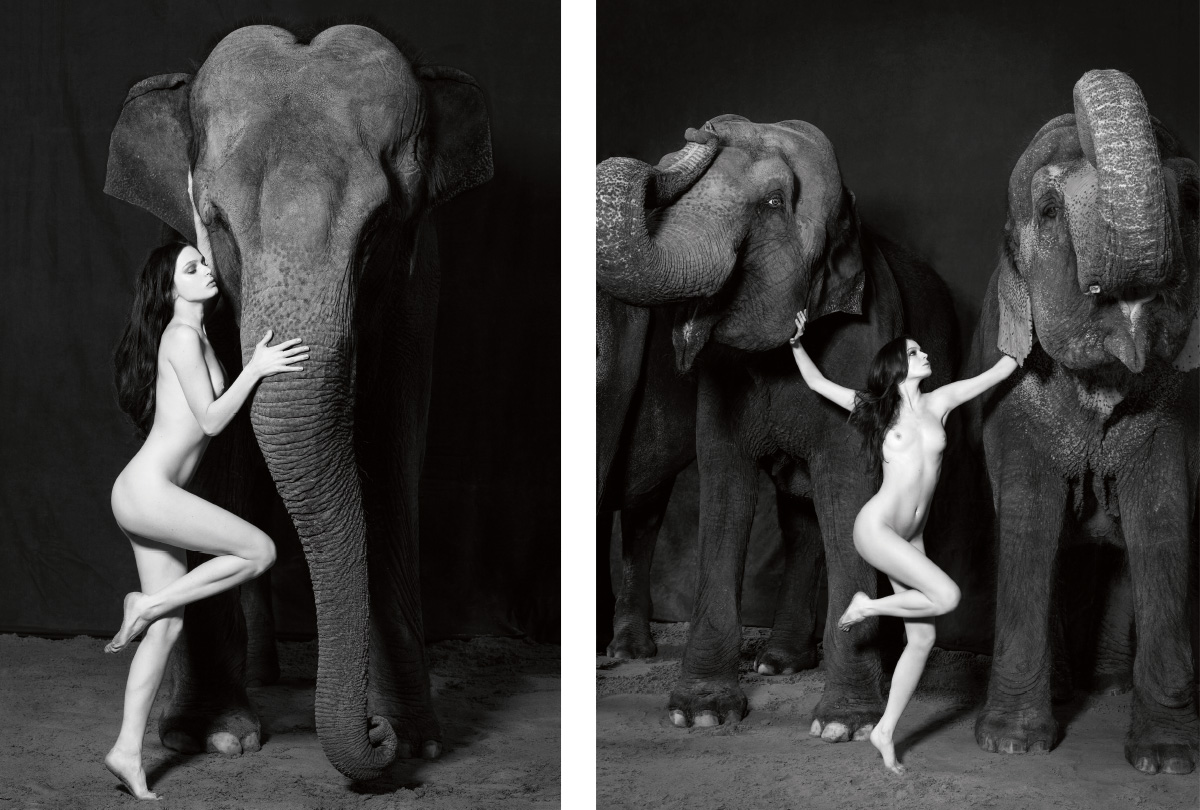 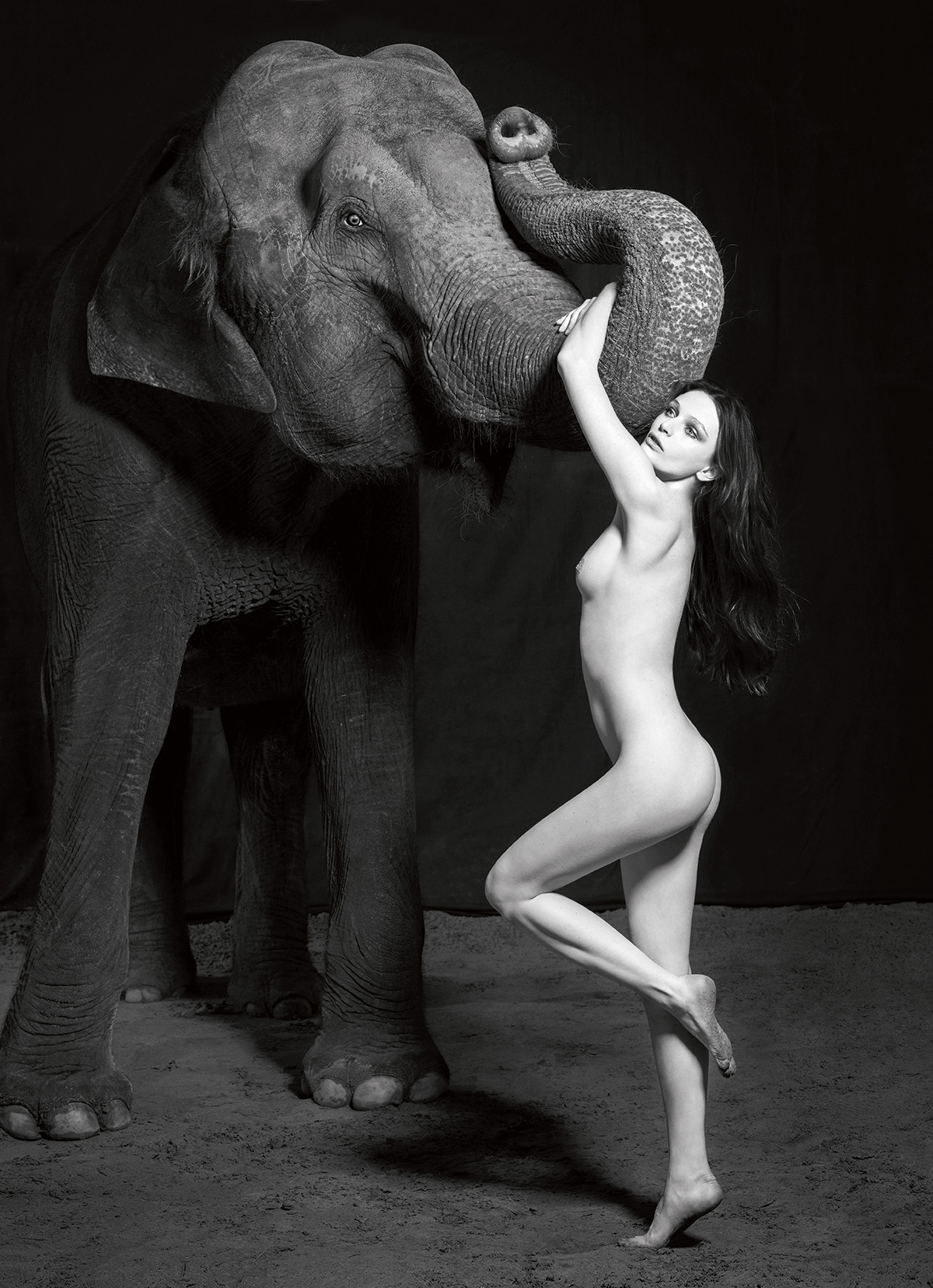 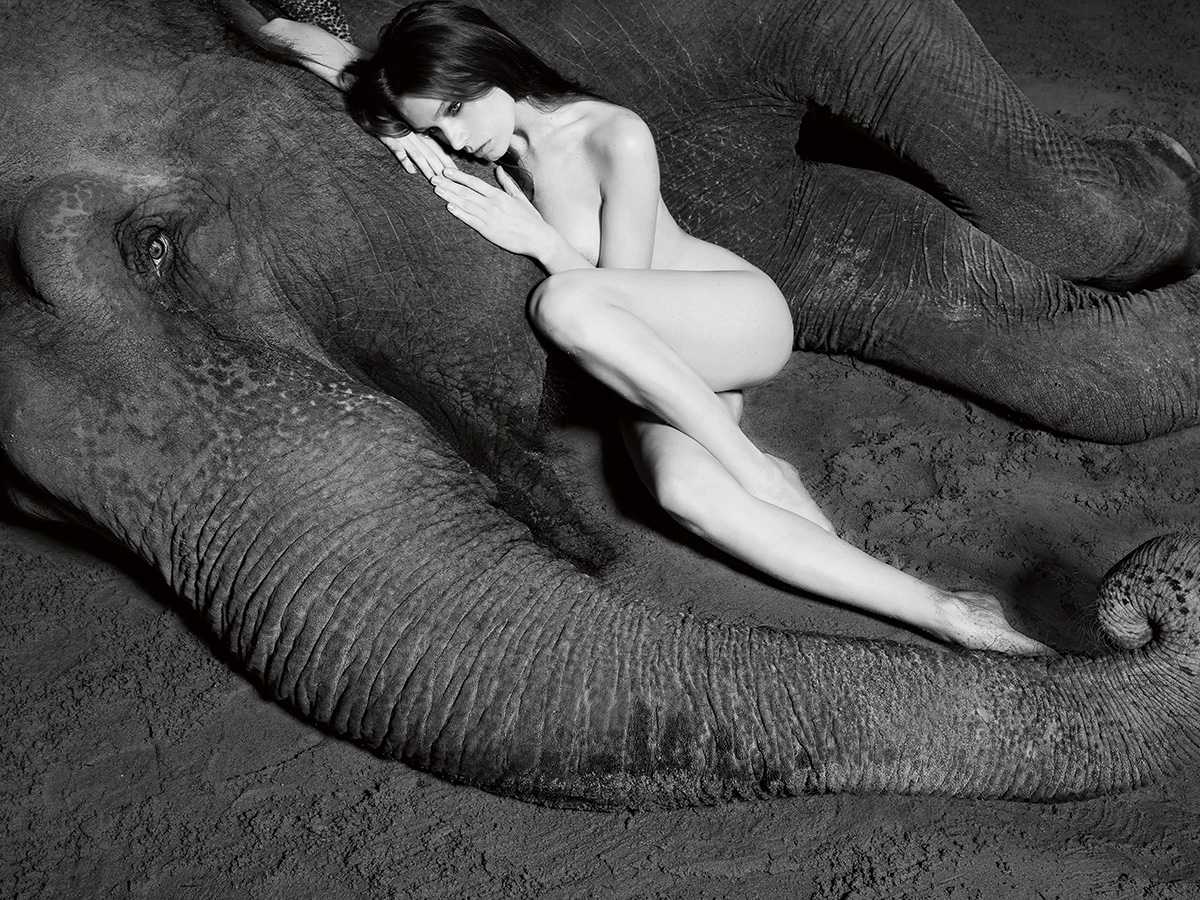 WHO DO YOU THINK YOU ARE DAVID BAILEY? EAST END BOY MAKES GOOD
VILLA ARCONATI- THE LAST REFUGE OF THE ROMANTICS
Luc Pettavino: TIME TO DO GOOD
The 58th Venice Biennale loses some of the poetry
WHAT REALLY COEXISTS IN THE SAME MOMENT?
ELEGANCE, GLAMOUR, COMPETITION - JUMPING ENCOMPASSES IS ALL OF THIS