This meteoric rise in the company’s fortunes started in 2000 when the current management led by chairman, Robert Brooks, bought the company. At the time Bonhams was a small venerable auction house which was the fourth largest in Britain and only in Britain. But under the energetic and ambitious new management it has rocketed to its current position in just 14 years, having a presence now in 27 countries on five continents – Europe, America, Asia, Africa and Australia.

The company offers no fewer than 60 specialist collecting areas providing ciients – buyers and sellers – a chance to deal in anything from classic cars to jewellery, Old Master Paintings to African Art, ceramics, glass, wine, silver, dinosaur skeletons to material from space. The list is endless.

With each of the company’s 60 specialist departments headed by a world authority in his or her field the company is rather like a university, a centre of academic excellence which is used by all the great museums of the world to consult with.

And because of the constant influx of extraordinary art and artifacts Bonhams is also something of a ‘story factory’ each year creating huge media interest around the world for stories that for example include the sale of the piano from the film Casablanca for $3.4m  or the most valuable car ever sold at auction the £ 23m Ferrari 250 which sold in August this year in California. Or the costume of the Cowardly Lion from the Wizard of Oz movie which made $3,1m. As a result of stories like this Bonhams is under the spotlight of the world’s TV, print, radio news media as well as the arts and financial media. Recent world records achieved include a painting by Fragonard which sold for £17.2m making it the most valuable Old master sold in 2013. A blue diamond sold for £6.2m making it the most valuable blue diamond per carat.

Bonhams huge investment in superlative new salerooms in London’s New Bond St, New York’s Madison Avenue; and Hong Kong’s Pacific Place, provide clients with museum quality spaces in which to exhibit and sell work seen at their best. And technologically the company keeps pace with IT development enabling customers to bid in the saleroom but also online where the sales are run live.

The global Art market is currently estimated at around US$45 billion per annum with Impressionist, Modern and Contemporary art representing a third of that figure.

Because what Bonhams sells is not so much objects but the ‘provenance’ of those objects – the history and authenticity of the art – the company goes to great lengths to establish the credentials of each work it sells. With this in mind it works closely with Cranfield University in Britain evolving scientific mechanisms to foil those who would trade in fakes or stolen art. It also works closely with Interpol and the Art Loss Register to ensure that what it offers clients is legitimate and correct in every description.

Since the recovery of the art market after the 2008 financial collapse, Bonhams has observed two distinct art trends – the emergence of Art as an alternative investment, and secondly the repatriation of national heritage by collectors from China and Russia in particular, whose new wealth is enabling them to return their cultural heritage home.

Today, increasingly the global art market is part of the luxury goods trade with collectors investing in planes boats and cars but also buying into the status boosting purchase of fine art and antiques. And Bonhams is at the forefront of this development.

At Bonhams we are like a university: there is a huge amount of intellectual value.

The market for natural pearls is currently extremely buoyant with good examples achieving exceptional prices. The increase in prices is a relatively recent phenomenon, and has peaked in the last 8 years. There is a historical precedent for the dizzying heights of the pearl market: at the end of the 19th and beginning of the 20th centuries natural pearls were truly the queen of gems, and always ranked above diamonds. It was not until the mid 1920s with the introduction of cultured pearls that the market for natural pearls declined sharply. It has taken almost 100 years for the natural pearl market to regain the same buoyancy it enjoyed during the golden era at the turn of the century.

In equally strong demand are old-mine coloured gemstones, most specifically rubies from Burma and sapphires from Kashmir.

The very best Burma rubies are commanding prices never seen before, with exceptional examples realising prices per carat far in excess of the finest white diamonds. There is an appreciation and understanding of the very finest coloured gems which has pushed prices into a new realm.

In the auction market we are also subject to trends, but there is more time to reflect. 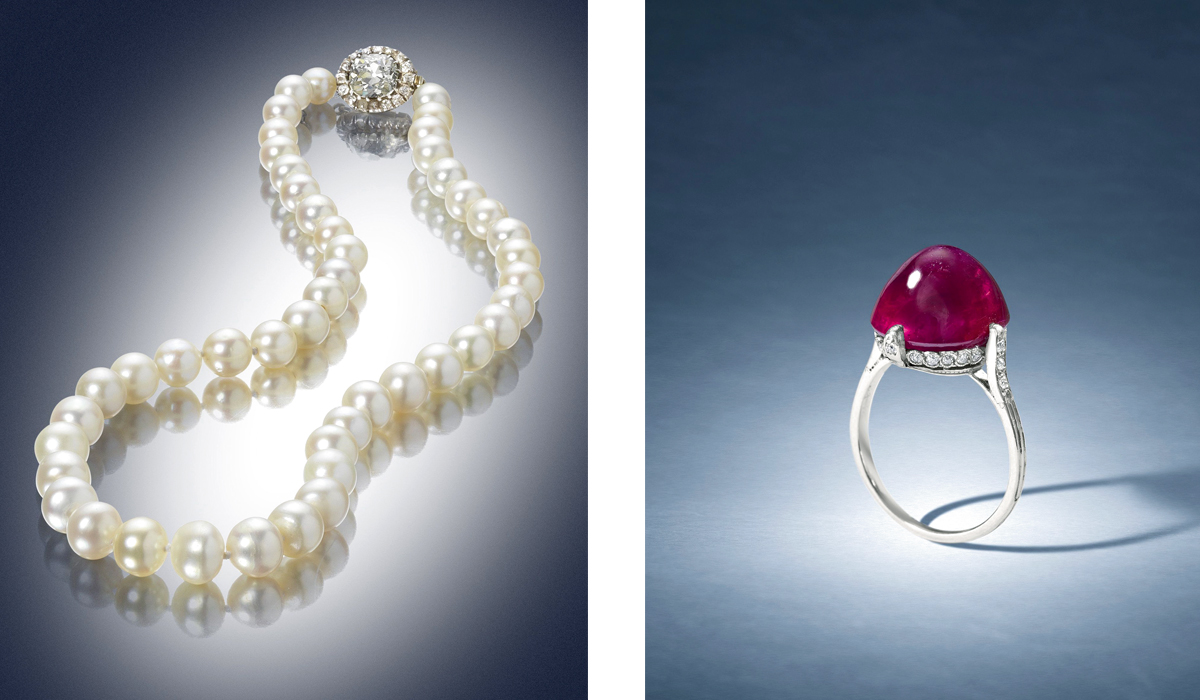 The interesting aspect in classic cars is that they are relatively young. Cars have just a little more than 120 years of age. So the classic car market started realistically in the ’70s.

I have been in the collectors’ motor car market since 1984 and have seen various ‘booms and busts’ – the most notable one of the late 1980s/early 1990s. There are many aspects to what contributes towards a drastic fluctuation, but the old economic equation of supply/demand is at its core.

From a Global perspective, the collectors’ motor car auction market is in good health and performing well. This strength is primarily underpinned by the traditional markets (Europe/USA), and not as a result of emerging markets (Russia, China, South America, Middle East). Steady appreciation has been noticed for 10 years, although activity has risen in the past five or so years since the world economic turmoil.

Cars talk to your child memory…