An intimate glimpse into the life of what we here in Liverpool consider our own royal family: the McCartneys. Linda’s Polaroids in a beautiful TASCHEN volume.

Being Liverpool born and bred myself, being asked to write anything about Paul McCartney and especially Linda McCartney is little short of an honour in itself. Back in the ‘seventies everyone here in Liverpool had a soft spot for Paul and Linda, or some lame to fame about somehow knowing them. My own personal one was the time I bumped into them as I was leaving his dad Jimmy’s house in Heswall on the Wirral. I was fourteen at the time and I’d been there with Paul’s step-sister Ruth (I was so awestruck all I could do was stare gobsmacked at all the gold and platinum Beatles albums hanging on the walls). It felt a bit like meeting royalty. All he said was “alright mate” in his best guttural Scouse (Liverpool) accent (John on the other hand talked the ‘nasal’ version). A memory I’ve carried all my life, rather like the second time I bumped into the same couple outside Selfridges in a deserted Oxford Street on a Sunday afternoon. There they were, alone looking into the shop windows… baby furniture I think it was, and as they ran back to their waiting Rolls they looked so much in love……or the time Mick Jagger nearly ran me over on Shaftsbury Avenue. So much for my own lames to fame.

Looking at this beautiful collection of charming, quirky portraits of Paul McCartney and the couple’s four children sort of evokes that funny moment outside Selfridges. As Paul says: “She would just see things. Many of her photos, it’s just that one click. You’ve got to recognise when a great photo is happening in front of you. And then you’ve got to snap it at exactly the right moment… And she did that so many times that it always impressed me.” 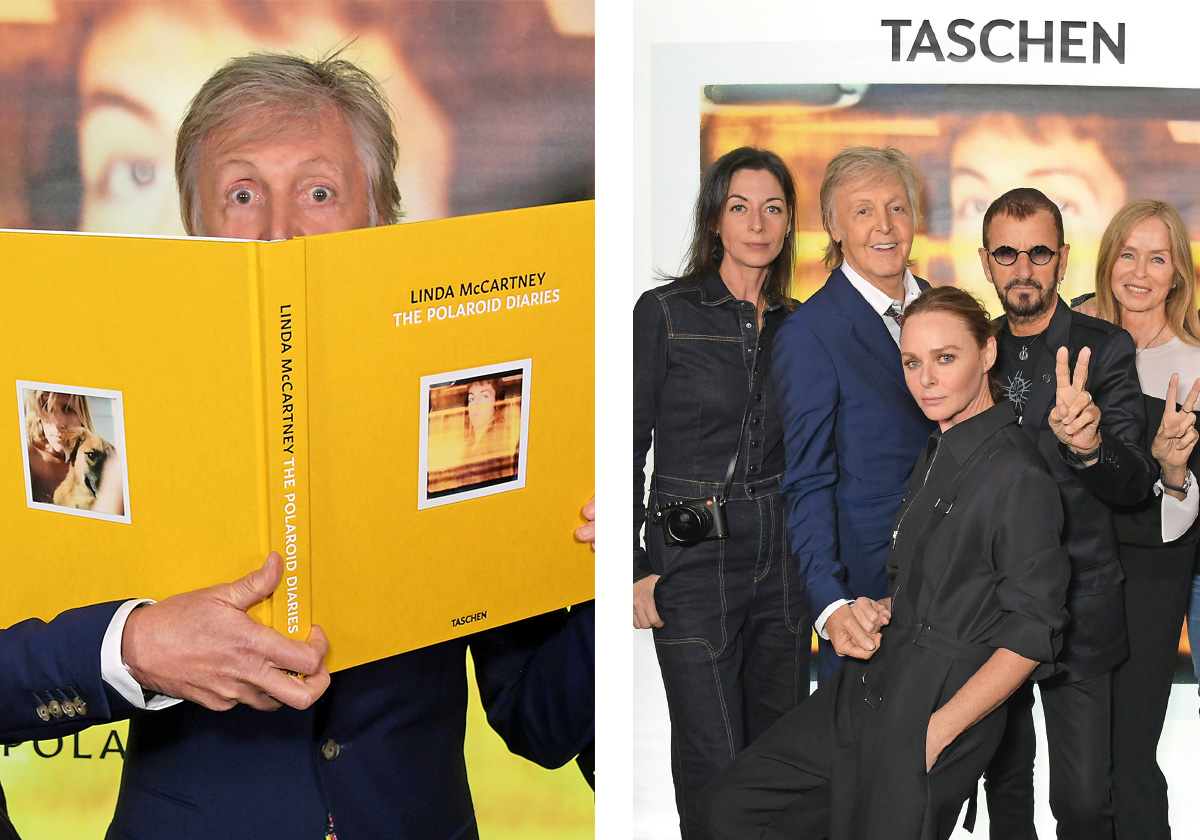 The Polaroid diaries offer more than two hundred of these “right” moments from the early 1970s until the mid-1990s, captured by the lens of who few people know as a highly talented photographer.

There are lots of things few people know about Linda, for example that notwithstanding her talent as a photographer, Linda Eastman was not an heiress to the Eastman-Kodak fortune but, and perhaps even more coincidentally, her father’s name was originally Epstein.

Another thing is that you don’t have to be a Beatles fan to have seen her photos, given that over the years she has also shot Hendrix, Bob Dylan, Grace Slick, Eric Clapton, Janis Joplin, the Animals, Simon and Garfunkel, the Doors, the Who and, in her first ever assignment for Town & Country Magazine, the Rolling Stones. Even her musical passions went beyond Paul, as she waxes poetic about Jimi Hendrix: “Seeing and hearing and hanging around Hendrix, oh, I can’t even put it into words. That man … the greatest moments weren’t when he was playing a concert. It was more sitting in a hotel room with him, and he’d start to play and just jam all night”.

A talented lady indeed, and following on from her best-selling monograph Life in Photographs, the Polaroid Diaries bears intimate witness to her talent as an experimental artist and photographer, in a volume of a quality we’ve come to expect from TASCHEN: luxurious bindings, paper and print of the utmost quality that adds value to the already priceless images, all absolutely collectable.

And as I look at my own greying muzzle in the mirror, humming ‘when I’m sixty-four’, remembering the times when people thought I looked younger than my age, I think about that Peter Pan of a Beatle who now seems to have relented a little in his battle to cheat time after finally deciding to show his true colours and stop dyeing his hair. Hat’s off to you Sir Paul, you looked great at the presentation of this fabulous TASCHEN book surrounding by family and friends, a proper silver fox looking great at 78. Ringo wasn’t looking bad either!

Also available in an unlimited edition / € 40