No stranger to hosting glittering events and celebrating sporting prowess, Monaco was more than an apt choice for the location of this year’s Laureus Awards, held February 27th. An annual event, the Laureus Awards applaud the significant achievements of some of the world’s finest and most celebrated sporting heroes, as well as to highlight the power of sport when used to inspire and guide disadvantaged children.

Hosted by Hollywood actor Benedict Cumberbatch – his third foray at the Laureus – and in the attendance of HSH Prince Albert and HSH Princess Charlene of Monaco, along with eminent guests such as Ryan Giggs, Missy Franklin, and Roger Federer, Laureus18 was an applause-filled evening, with entertainment provided by Emile Sandé.

With a global vote by the world’s media, and awarded at the discretion of the Laureus Academy, the event was made all the more special by the winner of Sportsman of the Year, Roger Federer, winning his fifth and sixth awards, making him the most decorated winner in the history of the Laureus. Upon receiving his awards, to a standing ovation and cacophony of applause, an emotional Federer addressed the audience;

“This is a very special moment for me. Everyone knows how highly I value my Laureus Awards…When I won my first Laureus Award back in 2005, if you had said I would have ended up wining six, I would not have believed you. It’s been an amazing ride.”

In a similar vein, the Sportswoman of the Year was awarded to one of the world’s most successful female athletes, Serena Williams, following her 23rd Grand Slam title. Like Federer, she is now the most successful woman in the history of the Laureus, this being her fifth award.

Swiss athlete Marcel Hug was the recipient of Sportsman of the Year with a Disability, for his astounding achievements on the track, while the hugely contested Team of the Year went to the Mercedes-AMG Petronas F1 Team. Among the numerous standing ovations of the evening, one of the loudest applauses went to the winner of the Lifetime Achievement Award, legendary American athlete Edwin Moses, who remained unbeaten in the 400m hurdles for 9 years, 9 months, and 9 days. Now an advocate for protecting the integrity of sport from the abhorrent use of performance enhancing drugs, Moses made for a popular figure in the room.

Aside from celebrating the extraordinary achievements of these incredible athletes, the Laureus Awards’ main focus is upon how sport can be used for charitable means, with the evening highlighting the Laureus Sport for Good, the award’s charity using the power of sport to help young people combat violence, discrimination, and disadvantage. With 100 programmes in 35 countries, Laureus Sport for Good continues its exceptional work supporting children all over the world, while also supporting and highlighting other similar charities.

The 2018 winner of the Laureus Sport for Good Award went to the Active Communities Network [ACN], using sport in the UK, Ireland and South Africa to support young people find the route to employment. Visited by host Benedict Cumberbatch at their South London centre, he was astounded by the significant contribution the charity makes to the lives of the disadvantaged youth in the area; “I have seen first-hand the work Active Communities Network undertakes, and for me, it is the perfect example of ‘Sport for Good’.” 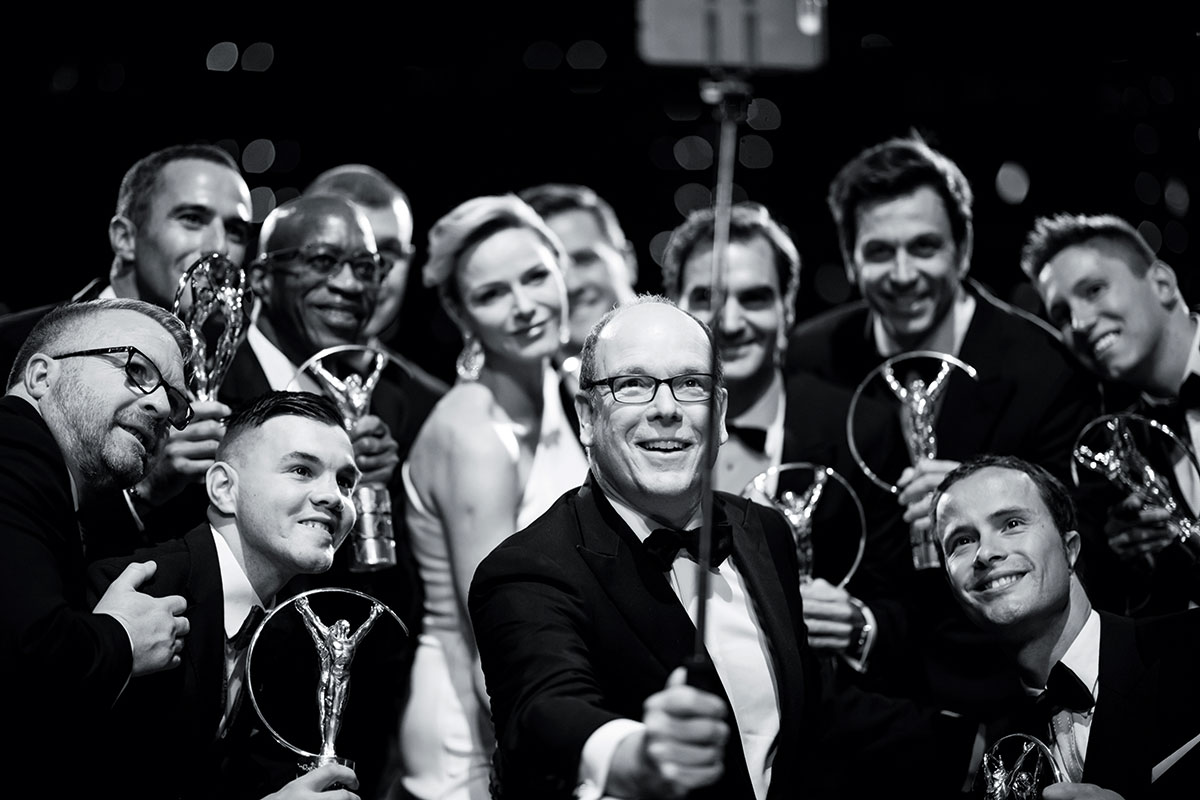 Filled with applause, the clinking of champagne glasses, and inspirational speeches, Laureus18 was yet another significant evening celebrating the ongoing achievements of these global superstars of sport, as well as the harnessing and healing powers sport can have.

Force One was proud to have been chosen as the official Branding Production Agency for the Media Centre and Sport for Good Lounge, working in partnership with the Laureus Awards for the second year running.

Sportsman of the Year – Roger Federer

Sportswoman of the Year – Serena Williams

Comeback of the Year – Roger Federer

Sportsperson of the Year with a disability – Marcel Hug

Breakthrough of the Year – Sergio Garcia

ALL I EVER WANTED IS EVERYTHING
MY YACHT GROUP & BLOCKCHAIN ROYALE USA
ELEGANCE, GLAMOUR, COMPETITION - JUMPING ENCOMPASSES IS ALL OF THIS
DIAMONDS ARE A YACHT'S BEST FRIEND
VENDEE GLOBE - MISSION ACCOMPLISHED FOR BORIS HERRMANN
NR FOUNDATION: AN EVENT OF INTERNATIONAL IMPORTANCE