Now, until the break of day. Through this house each fairy stray.

Fresh from the success of the recent, critically acclaimed “London Fashion Film”, director and photographer Lukasz Cholewiak once again stages his visionary poetics to tell a story. This time, a story that starts from the workshops of young designers from the IUAD (Illustre Accademia della Moda e Design).

Commissioned by the IUAD’s President, Michele Lettieri, and produced by Focus on Infinity (an independent production company founded in 2012 by Lukasz Cholewiak himself, together with Hektor P. Kowalski), Midsummer Night Dream, the title of this short film, draws on idyllic imagery to unveil the new Fashion Graduate 2020 collections.

The notes of the piece composed for the occasion by Rasika Chomkwang call to mind the stylistic codes of both Jacques Offenbach and Nicolas Jaar, accompanying viewers through the natural labyrinth of chambers forming Villa Arconati, where models, both male and female, present the creations of the young designers, defining their moods as gateways to their interiority as we discover meticulously detailed garments designed to catch the eyes of “customers”, special to say the least.
Almost in a form of naïveté, as if the young designers themselves were behind the camera, hungry for life and theatre, clashing with the harsh immovability of contemporary reality. 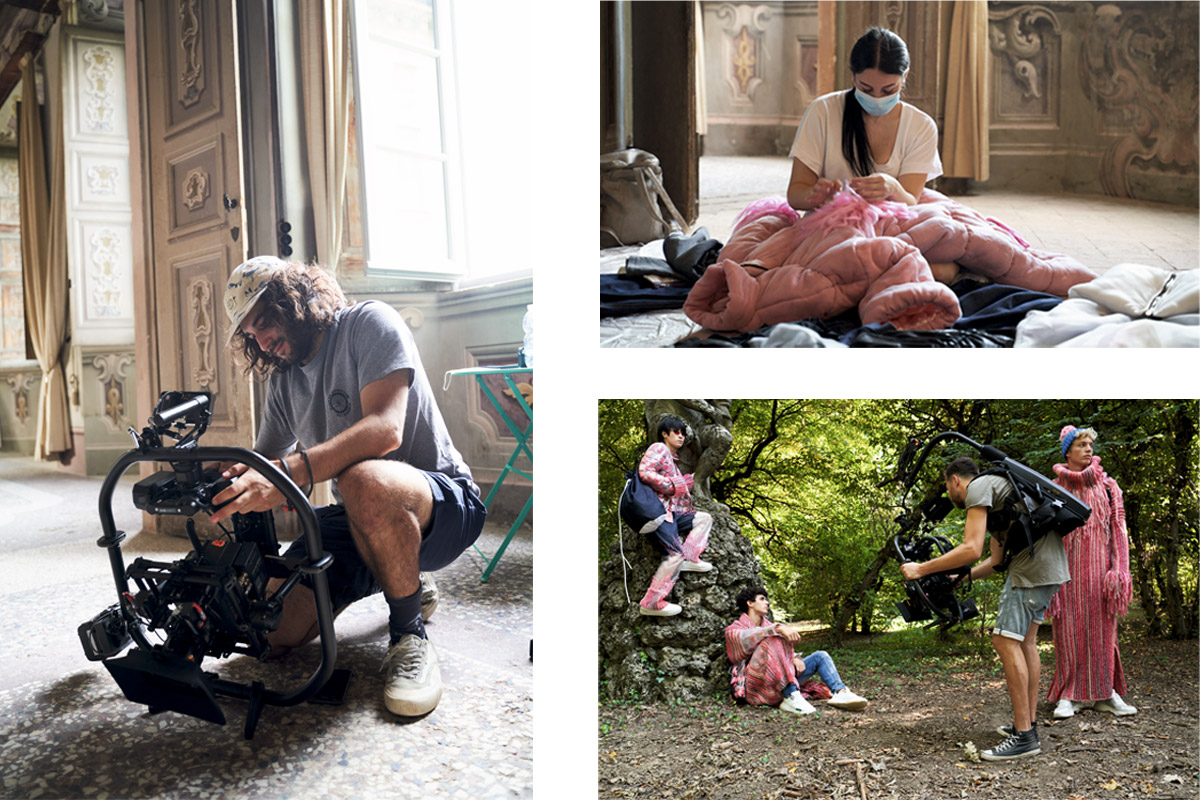 BETWEEN DREAM AND NOSTALGIA

From there departs an incredible voyage through a dreamlike dimension, totally suspended in time, where classicism and contemporary innovation merge in a harmony that fully embraces the concept of “mimesis”. Indeed, the garments take the form of elegant shapes perfectly embodying the very delicacy of the dream. No ordinary beings inhabit the evocative space Cholewiak describes, but fantastic creatures, some drawn from past histories or futures, who, conscious of their existence, become muses of desire and curiosity.
Set in Villa Arconati (declared a national monument and currently under the protection of the Augusto Rancilio Foundation), a spectacular location, which for its sheer dimensions and grandiose style earned the title of “la petite Versailles italienne” during the eighteenth century, this short film never ceases to amaze its viewers, finding themselves suspended in atmospheres serene, and at times nostalgic. 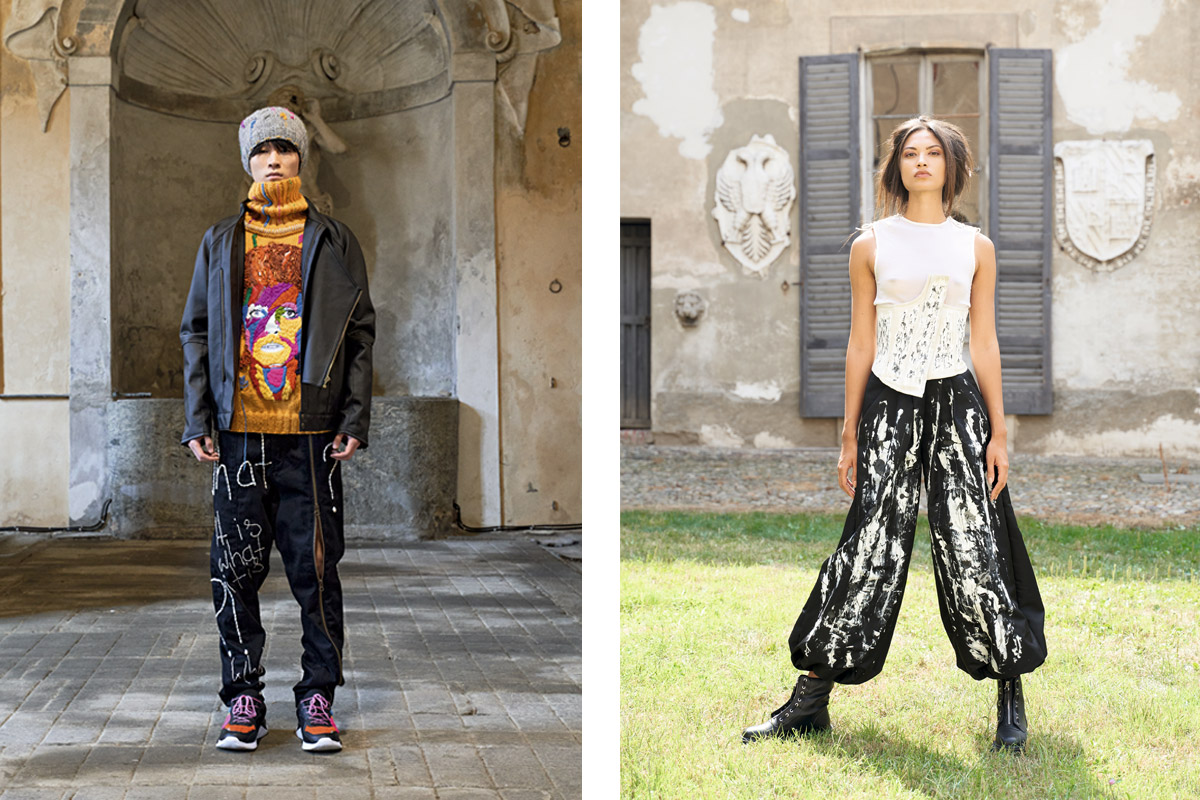 Lukasz Cholewiak’s cinematic vision brings us enchanted worlds which inevitably become part of our collective imagination; drawing on filmmakers of the caliber of Michael Hoffmann, or the Peter Greenaway of The Tempest (Prospero’s Books), or, again, Julie Taymor’s Titus, each shot becomes an almost explicit citation of great masterpieces in the history of art and literature. The allusions to Shakespeare’s world are indeed numerous: we cannot but notice strong ties not only to the milestones of that fruitful period (such as The Tempest, Titus Andronicus and A Midsummer Night’s Dream), but also with the Pre-Raphaelite movement, the paintings of Lawrence Alma Tadema, and even the surrealists.
“Midsummer Night Dream” thus works as the perfect pretext for reminding us not only of the sublime force underlying the beauty of art, but of the importance of fashion in contemporary history, as the vehicle for creation, abstraction and regeneration; for re-establishing beauty and good as the goal of mankind. Italy would do well to repossess its formidable heritage of memory: the most highly viewed art today is nothing more than an interpretation of this Mediterranean world, cradle of the greatest cultural revolution of all time.

As President of IUAD, Michele Lettieri, said in an interview: “I believe that managing to bring together fashion, art and innovation is indeed a great added value; this new language effectively unites fashion and cinema, and is something we will be pursuing in the years to come, because it’s really the story of how the entire fashion system developed.”